People Have Thoughts About the New Natural Hair Emoji

I'm sure I'm not alone when I say I've been waiting for emojis to step their game up!

I mean, I want my emoji to look like me, too.

I literally have so many text conversations using just emojis, and the current range just ain't cuttin' it for me. I have been waiting for my emoji to have a cute little afro, pineapple ponytail, twist out, or something. When news hit that natural hair would be added to the emoji keyboard in 2018, I was hella excited for my curlfriends and fellow naturalistas.

Y'all, I am really excited about the natural hair emoji -- I can't wait to add them to my list of favorites.

According to Unicode Consortium the emoji drafts are not final. The emojis feature red-haired, white-haired, curly, and bald options. But word is natural hair options are coming too! Not long after the news broke, Black Twitter was on and poppin'. However, reviews have been mixed on the 2018 Apple update. 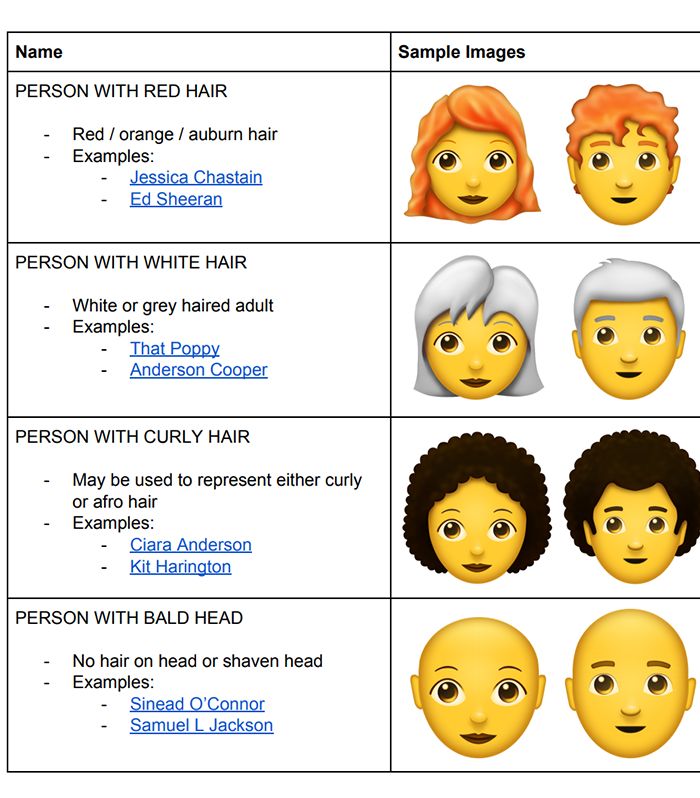 My first impression? Not impressed.

Honestly, when I first saw the emojis, I wasn't super impressed but I wasn't mad, either. I mean, at the end of the day, it's an emoji. Do I think the emojis are a great representation of natural hair? Nah. Does the emoji look realistic? Nah. But does it have to be? Do I think this is a good start? Yep. Does it really matter if the emoji has natural hair options? Hell yeah.

I just really want to see more of a range within the emoji keyboard.

It's overdue! Most have slept on the natural hair game -- which has been around forever -- and now we are seeing the natural hair wave really take off. Natural hair is being celebrated in a way it never has before in the mainstream; so no, it's not the best, but it's a good start.

Some expressed on Twitter that the update doesn't represent natural hair at all.

I don't know if I expected the emoji addition to be a great representation of natural hair; realistically, this is the first attempt in a string of updates, and in time, the emoji will evolve.

I'm not bothered. It could be because I'm just excited to see a naturalista in the play.

However, I am curious why that hairstyle was chosen. It's kind of a strange little hairstyle, no? The hair could use a little help but having that representation is still important! Here's the sum of reactions you'll see on Twitter. 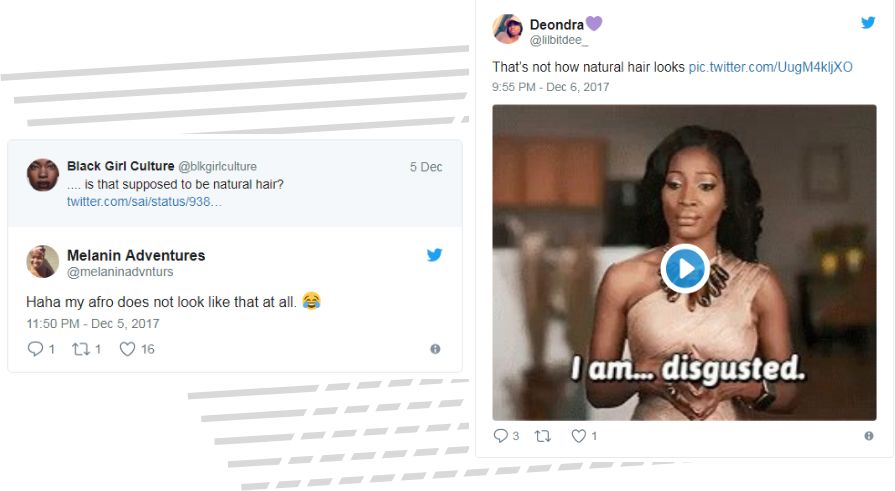 Let's not forget that we had nothing to compare this to before. For the first time, naturalistas will be able to use emojis that represent them. This is big. This is a win. At least that's how I see it. I feel like this is a good start. Hopefully in the future the options will grow. And natural hair won't continue to be boxed and limited.

How do you feel the potential natural hair emoji update?