The first time I visited, it was a gross panicky day that I had taken off work, and I was freaking out over not having already made the trip, because I was convinced rush hour was actually going to eat me or something. But the crew there helped me pick things out for hair, face, and skin, exfoliated me, complimented me, and generally just made me feel like a princess for a bit, which was awesome.

And when the particular store I followed (by the way I love that their individual stores have their own pages) debuted the "spicy" Metamorphosis bath bomb a month ago, I knew I had to take some me time to try it. I figured, why not put my platform here and newly found pineappling skills to good use? 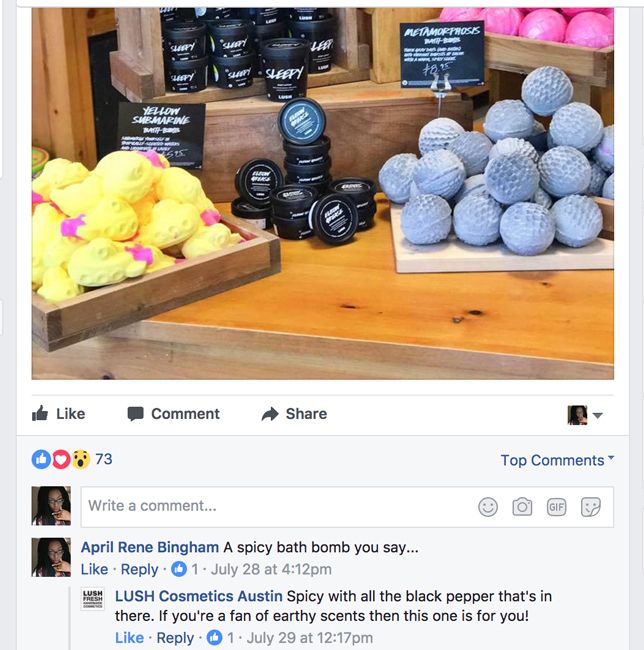 Also I like when stores talk to me, haha. Here's what I thought.

Lush famously doesn't have packaging on its non-liquid products, and although I'm an admitted card-carrying packaging groupie, I do have to still give them points on helping the Earth out. 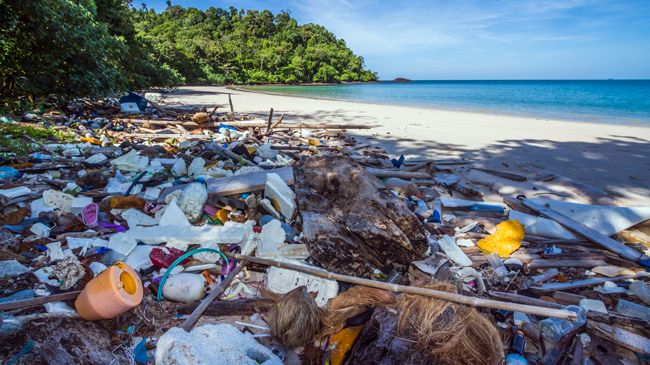 It's MOTHER Earth, not MAID Earth...

So while I can't gush too much on what it comes in, I did find a lot to love in its design!

I've always enjoyed the different shapes of all of Lush's bath bombs—even though they're meant to dissolve, there's just something fun about the unique forms! This one got me right from the first time I saw a post about it—and having seen my sense of aesthetics, can you blame me? It's an ash gray with honeycomb SPIKES. It looks like something a supervillain would throw at The Flash. What's not to love about THAT? 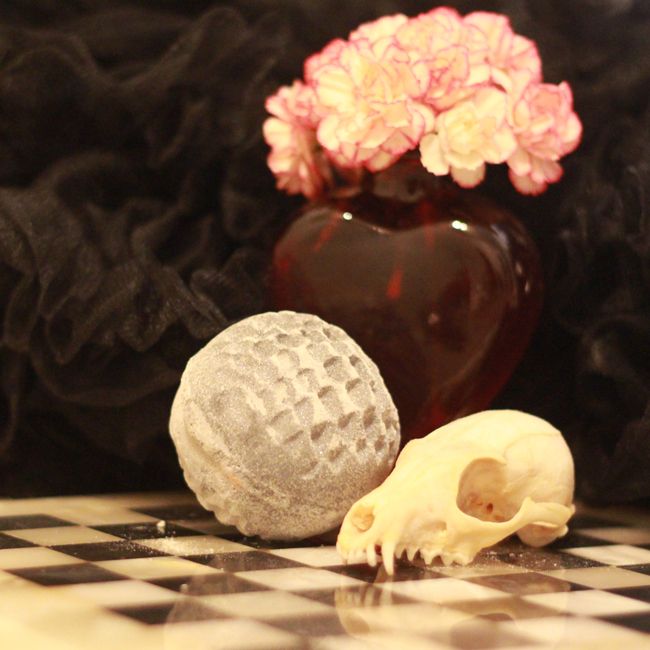 It's everything but the white cat and spinny chair.

So the real fun of these things is the post water drop! Bubbles! Color! Glitter! All of which I could find...in other bombs. 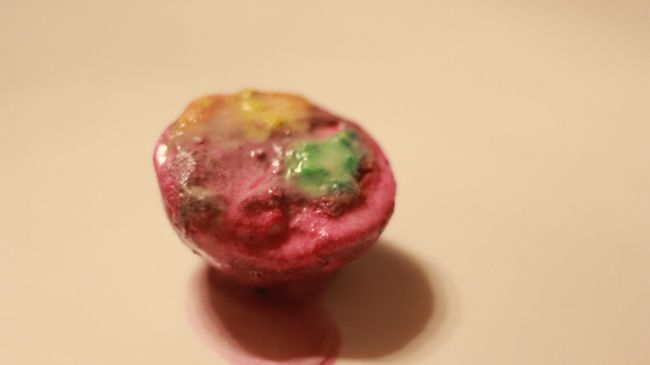 Metamorphosis lives up to its name in that it transforms from an ash gray to oranges and pinks—a little bit like a sunset in reverse. The water settles down to a salmon-rust kind of color once the bubbles stop, and while I 100% admit my brown anti-slip mat may have a lot to do with it, it kiiiiiiiiiind of made the tub look unsuitable for bathing in. Or smelling. Or being near.

As an aside, Flint Michigan is not expected to have universally potable water for the next three years.

Having tried their famous Intergalactic bomb a while back and marveling at how blue and sparkly everything was (and still is, 3 tub washings later, some of the glitter is still stuck in the surfacing), I was more than a little let down at the color/shimmer payoff in this guy. I'm not trying to dye myself here, to be fair, but ehhhhhhhhhhhhh fish-rust wasn't really my jam. Maybe by candlelight though!

I can't get enough of spicy, earthy fragrances. If rolling around in the woods actually smelled like this and not deer carcass, I'd be an outdoorsy type, cougars or no cougars. 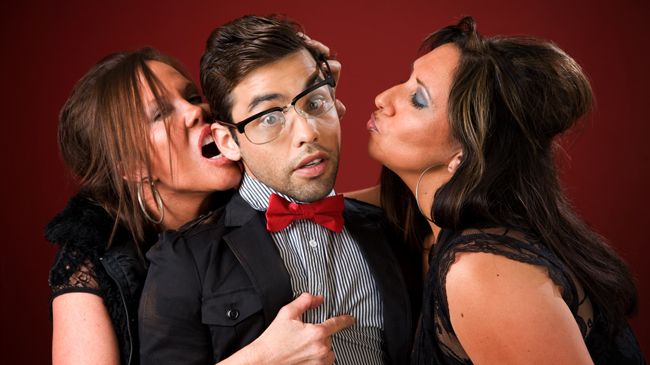 Okay, not these cougars.

This guy had a great scent in the bag and tub, but I can’t shake the feeling it could be a little stronger. While it did stick to my skin nicely, I didn’t quiiiiiiiite get the aromatherapy I was craving.  However, if I ever get it together enough to rinse my twists before installing them, I could see them taking a dip in this for a little extra woodsyness. The black pepper notes are my jam.

Would I get it again? 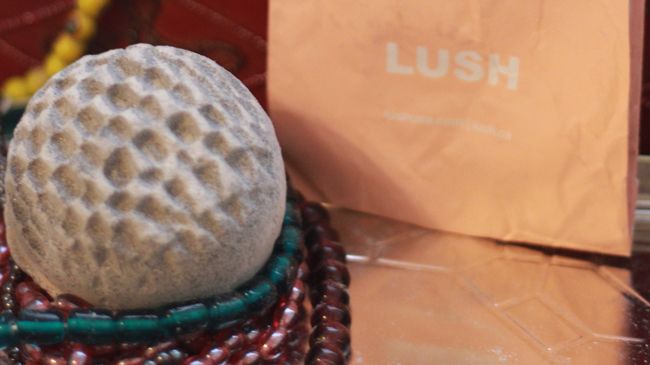 Hmm. It seems counter intuitive to buy two bath bombs and throw them in unless I give myself a few days of not needing to look presentable. Just in case I turn pink, you know. But aside from looking at it as a potential pre-protective style extension rinse, I'm not too crazy about this guy. And even then, I'm not totally sure what the slight heat I'm feeling from the pepper oil would do to my scalp. Ultimately what I got on the outside didn't quite live up to what I got on the inside. Like a piñata filled with Starlight Mints. 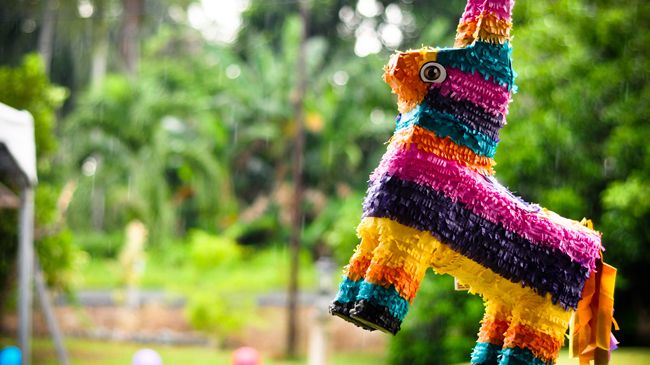 I've got a lot of other loves from Lush, and loads of other offerings to try out the next time I feel the need to pamper myself. But ultimately, Metamorphosis can transform with someone else.

For more product reviews and other curly information, subscribe to our NaturallyCurly newsletter today!