We Tried the Jackie Aina Highlighters, Here's What We Thought | VIDEO 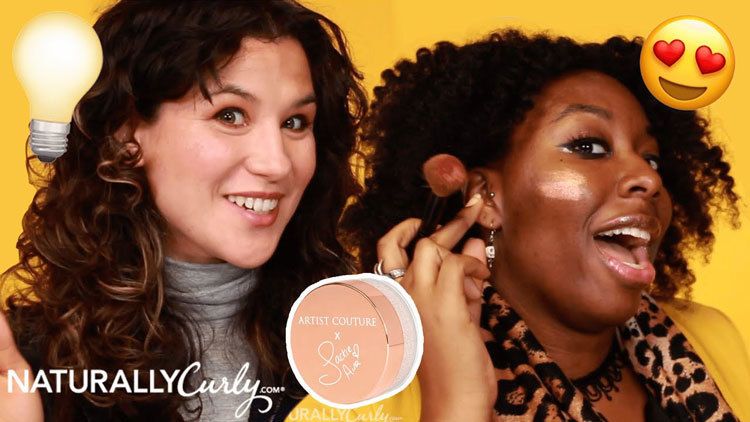 As someone whose skin is nearly always the lightest shade in any collection of foundations, I didn't expect either of Jackie Aina's highlighters to work for me. I knew for sure La Bronze wouldn't work for me, and was doubtful about the "universal highlighter" claim of La Peach. I usually use Fenty's Killawatt Highlighter in Lightning Dust or Fire Crystal, which are both pearlescent shades. I find that these are the only ones that usually work for my skin (in general, the closer to white they are, the better they work). When I tried La Peach, it was definitely too dark to be a highlighter for me. It would look great as a bronzer and I love both of the highlighters used as eyeshadows because the orangey tones bring out the green in my eyes. I'm disappointed that La Peach isn't truly universal, but I understand how hard it is to make a highlighter that looks good on all skin tones.

Normally, I highlight with my Milk Holographic Sticks! Since they're in stick form I can't mess up nearly as much as I can with loose powder, which is great for me, but they're also very cute and effective.

I was so impressed by the color load on these, although it's true I kind of loaded up the brush extra hard, so I might not be the best reviewer. Still, considering the source, I really wouldn't expect anything less. As the video shows, I've got a long way to go before I can be trusted with the 'big girl' products, but once I got things semi under control, I really liked the way I looked!

I loved these highlighters! I was surprised by the fact that I liked the La Peach better than the La Bronze. I've had misadventures with too-light highlighters making me look more ashy than glowy when I'd try a more delicate look with pink ones, but the lighter La Peach was actually exactly what I needed.

I have oily, acne-prone skin so I have spent a lifetime trying to mattify my skin, not highlight it! But I'm over trying to cover up my face and ready to start having more fun with my makeup. Lately, I've been highlighting with the gold eyeshadow that comes in my Lime Crime Venus palette - I don't like having to buy any more products than is absolutely necessary! This is my first time using a loose powder highlighter, mostly because I find that loose powders tend to wind up lightly coating everything in my makeup bag, my purse, and eventually, my entire life. But this highlighter was easy to use and the shimmer is so pretty I wouldn't mind if everything had a light dusting of La Peach. While I initially thought La Peach would be the better match and La Bronze would be too dark, when I tried them on I liked both colors and La Bronze didn't pull brown or dark on my skin.

I really liked the Jackie Aina Highlighters, especially once I mixed them it gave me a beautiful shimmering glow.

I've always preferred a powder highlight. Ever since Fenty came out, I've been obsessed with the entire line and use the Match Stix in Rum and Killawatt Highlighter in Mean Money/ Hu$tla Baby. Since this was my first time using a loose powder bronzer, I thought it was going to be high pigmented and leave me covered in shimmer, but that wasn't the case. I first applied the La Peach because that's what I thought would look best on my skin tone, but it was actually too subtle for my style. So, I applied the La Bronze on top and that gave the bronze glow I was looking for!

Have you tried Jackie Aina Highlighters yet? Let us know what you think of them in the comments!