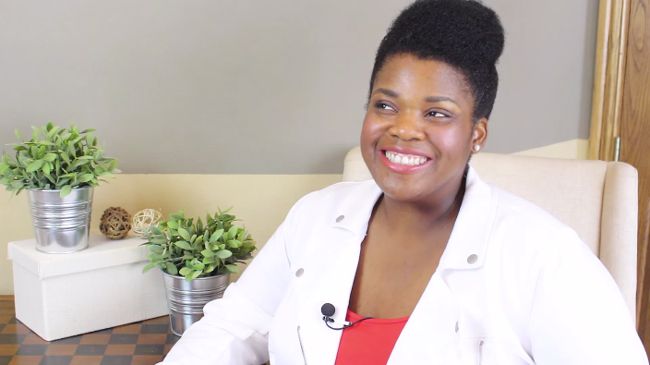 Gina McCauley is a lawyer turned blogger who started WhatAboutOurDaughters.com; a blog that began as a way to encourage black women to use their buying power to stop purveying destructive images of black women in the media. During her efforts as a blogger, Gina attended several conferences to learn more about the blogosphere and tech industry. Recognizing the lack of diversity that existed in these conferences, she founded Blogging While Brown, the Black Social Media Summit, and chairs the Black Weblog Awards.

Blogging has been integral to the spreading of information and personal stories for the natural hair movement, and Gina is leading the charge for more diversity inclusion in the blogging and tech industry. She is what we like to call a  “#CurlBoss.” In 2007, ESSENCE magazine named Ms. McCauley one of the 25 Most Influential African Americans, right after then-senator Barack Obama. That same year she won the Black Weblog Award Judges’ Award for “Blog of the Year”. In 2009, she was the Sonya Sanchez keynote speaker at the Kentucky Women’s Writers’ Conference. In 2010, she was selected to The Root 100, The Root’s list of emerging and established leaders in the African-American community. Most recently, Gina was featured on the cover of Black Enterprise Magazine's technology issue.

We were fortunate to have Gina do our own #CurlBoss tag, in which she shared her tricks for being a “cyber crusading warrior princess” and full time lawyer. Here are a few of her answers, and for the full interview watch the video below!

What are three qualities you need to be a #CurlBoss?

What is your advice to your twenty-year-old self?

Girl, just chill out. Life is not that serious. Take LOTS more risks, your bones will heal a lot quicker in your twenties. Have more fun! You’ll figure it out later.

What tips do you have for women interested in starting a business?

You need to be around people who are doing what you want to become. In retrospect, it would be nice to have a business plan, but sometimes you just need to act on what it is the universe is speaking to you to do. But you definitely need to have a plan, and you do need to understand your industry and your sector.

I absolutely splurge on travel. I believe in seeing the world. I believe one of the greatest things you can do, especially if you’re young is go to other countries and see how other people operate in the world. It will give you amazing perspective.

How do you know you’ve made it?

You’re always gonna have new goals and new places that you wanna go, new things you want to accomplish. I think probably somebody who is in their late thirties, instead of making it, it’s more how do I live a life that’s meaningful, well balanced, and that I enjoy?

If you want to learn more tips for being a blogger and building your brand, check out the 2015 Blogging While Brown Conference (June 19th-20th).  NaturallyCurly.com will be there on June 19th for our panel "From Niche to Mainstream: Why Your Blog Matters." Come say hi!