Four years ago, while working at a junior high school in Denver, Colo., teacher Analise Harris noticed a troubling trend. Young women of color were wearing bandanas or hoodies – despite the dress code that prohibited them – and they were getting into trouble. In one case, a student was suspended. 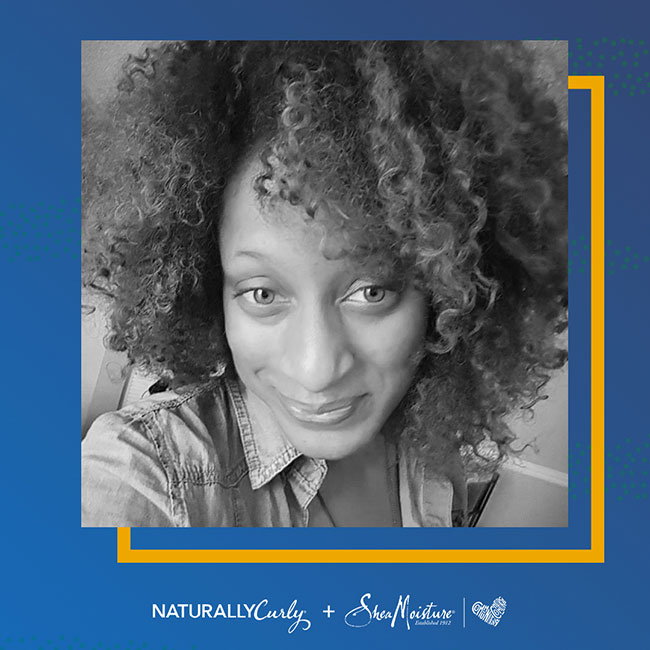 Analise Harris of Curls on The Block

“I realized that a lot of times, they were wearing hoodies or bandanas because they were having bad hair days,” Harris says. “These girls were down on themselves and experiencing a lot of low self-esteem, and more often than not, those issues were linked to their hair.”

Harris says she couldn’t stand by and watch this happen, so she organized an event called Curls on the Block (COTB), inspired by Black Girls Rock. 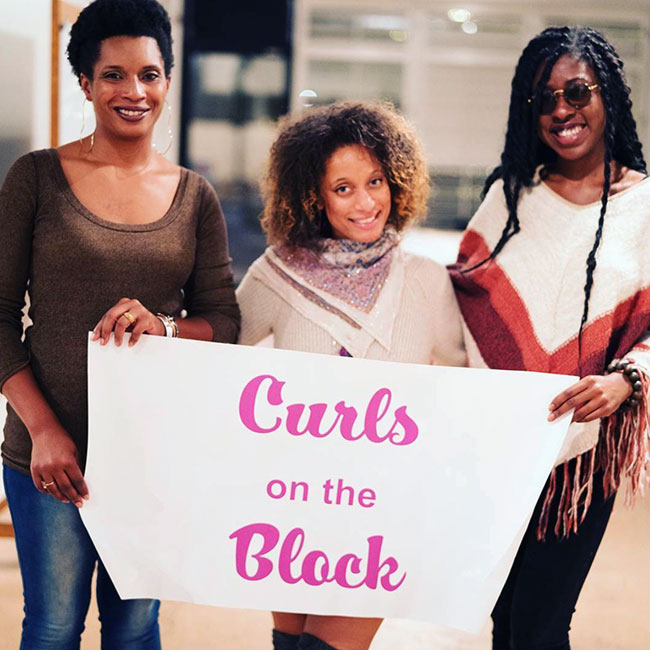 There were less than 300 kids in her junior high school, but 30 girls showed up to the first event held after school. COTB was part educational (what is hair porosity, what is your curl type, what kinds of hair products should you use), part support and all about empowerment and acceptance. All of the girls got a note card and got to write down their frustrations about their hair – how they were teased, how they broke a comb in their hair, etc. “The girls offered each other support and encouragement,” Harris says. “Parents got a chance to see what their children were dealing with.”

The school administrators walked by and were impressed. “They saw these kids in a totally different light – kids that some of them had written off.” That first event grew into regular events. Harris began to see COTB as an ideal way to get young girls of color excited about science. “I realized, I’m really onto to something here.”

COTB won a $10K grant in February 2016, and Harris created a curriculum to implement a project designed to help girls of color see the connection between their everyday experiences with hair and beauty regimens and the educational and job opportunities within science, technology, engineering, art and math (STEAM). 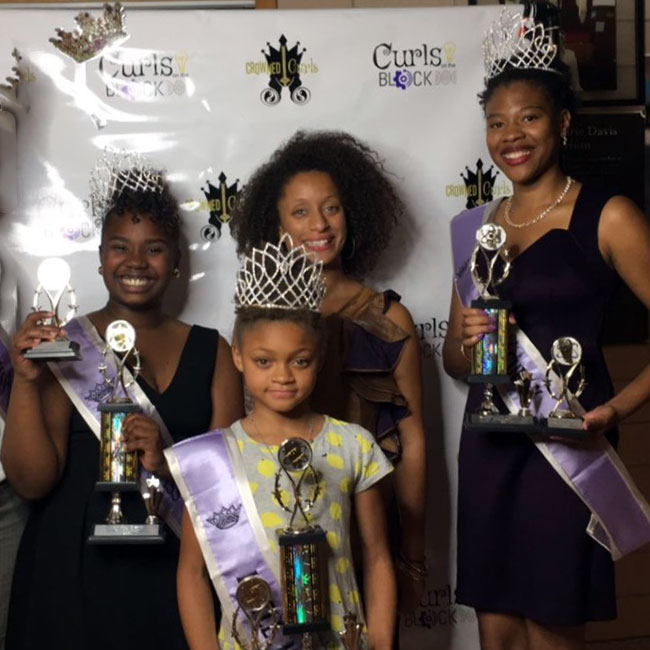 In addition to these sessions, COTB also created the annual “Miss Curly Self eSTEAM Pageant.” Unlike traditional pageants that focus on appearance, The Miss Curly Self eSTEAM Pageant incorporates cultural appreciation, talent, a healthy lifestyle and involvement in STEAM. Contestants are also asked to share an idea, product or process to address the needs of the curly community. At this year’s pageant, a product company has offered to create a prototype of the winner’s curly hair product idea. “I like pageants with a purpose,” Harris says.

It was through the pageant that Harris connected with Makisha Boothe, the founder at Sistahpreneurs. Boothe not only signed on as a sponsor for the pageant but also became Harris’s mentor. 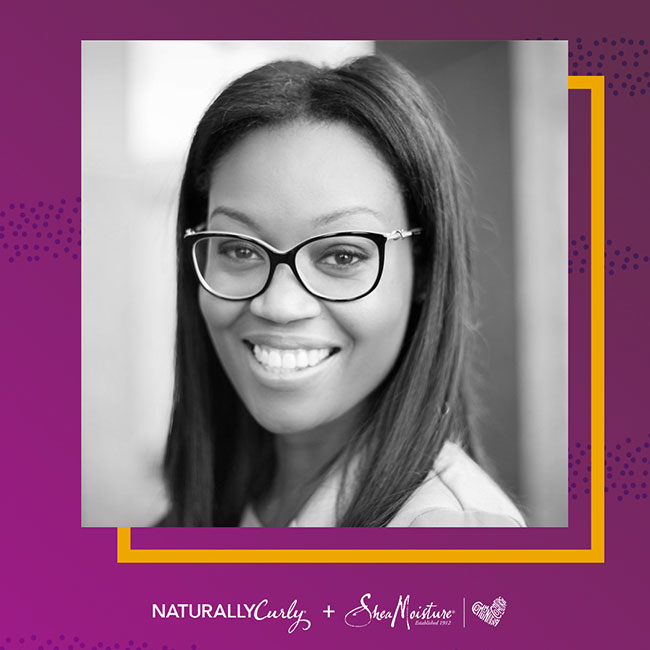 “I saw Makisha around at a variety of events in the city, but never had the courage to approach her for her support. Makisha believed in my vision and organization, and after the pageant, Makisha offered her mentorship and business coaching skills.

Boothe says she decided to invest in Harris and her idea because she saw an innovator with a youthful spirit – someone who only needed the encouragement to take her innovations from ideation to reality. “She is a visionary, and I see her career being anything she dreams of. Even the sky isn’t the limit for her.”

Boothe said she was in awe as she watched Harris up on stage, running the pageant, “leading the whole community in celebrating our curls and embracing our beauty. I sometimes wonder if she realizes just how much the lives of these young girls have been changed by her work.

Harris now offers weekly sessions as well as individual workshops at schools and organizations around the Denver area as well as communities as far away as California and Illinois. She’s also teaching other women how to support students at their schools. Harris also built a COTB website, creating characters that help the young women better relate to the COTB curriculum. She is also working on her first book, Harriet’s Yellow Jacket.

Overall, she has reached more than 250 girls through her Curls on The Block and Miss Curly Self eSTEAM Pageant.

Boothe believes programs like Curls on The Block and the Miss Curly Self eSTEAM Pageant will attract many young women of color into careers in science and technology and leading to a whole new generation of entrepreneurs. And beyond that, she believes that will lead to more young girls “being proud of their melanin, hair texture and culture.”

“Some of the things I learned about colorism and beauty politics I had to learn in my 20's. These girls are getting it as young children and teens. Oh, how they will fly!” Boothe says.

Words of wisdom from Harris about starting a business:

When working with students...

How has your mentor supported you a long your journey? Let us know in the comments below.

This post was created in partnership with SheaMoisture around its focus on Community Commerce, a purpose-driven business model that creates opportunities for sustainable social and economic empowerment throughout its supply chain and communities in the United States and Africa.

Community Commerce focuses on entrepreneurship, women’s empowerment, education and wellness. It’s bigger than beauty. It’s about investing in local and global communities, striving to eliminate generational poverty and empowering women. A portion of proceeds from select SheaMoisture Community Commerce collections are invested in its Shea butter, coconut and African Black Soap cooperatives in Ghana and others that supply their handcrafted natural ingredients.

In the United States, their women’s empowerment programs focus on entrepreneurship and education, including fellowships to attend the Dartmouth College Tuck School of Business Minority program and Babson College's summer entrepreneurship program. Most recently, through the $100,000,000 New Voices Fund --   created to invest in women of color entrepreneurs to help them build sustainable businesses -- SheaMoisture is working to transform the landscape of business and what it means to live a more beautiful life.