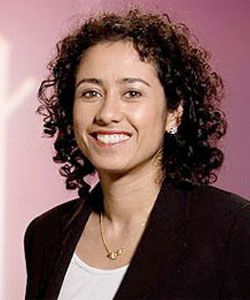 In a period of human civilization where in which differences such as race and sex begin to play smaller and smaller roles as to what jobs you can have, the salaries you can make, the clothes you can wear and even the people you can be, it still sadly comes as no shock that stereotypes and biases force employees to change their looks, beliefs and even personalities to fit in.

The battle for equality is long from won for people of all races and sexes. Stereotypes don’t disappear from popular culture overnight, nor can you change the opinions of those in power in a matter of years. Unfortunately, change takes time, and for those employees with curly hair out there facing pressure to straighten their locks, the change countdown is moving all too slowly.

Meet Samira Ahmed, senior news presenter, who has been working at Channel 4 News in the UK for the past 11 years. Earlier this week, Ahmed announced her departure from the media company after being told that her hair was too "scruffy" for TV.

According to the Daily Mail, “Her decision to leave comes after claims that she was repeatedly told by executives that Channel 4 chiefs did not like her hair.”

In addition, their sources have said that Ahmed had been called into a room before in order for her bosses to point out, using pictures, what was wrong with her. Channel 4 News denies recognition of this version of events and says instead that they are “focused on the fantastic new appointments to our presenting line-up.”

Ahmed has already secured a position at the BBC.

Unfortunately, this is not the first story to appear in popular media concerning curly hair stereotypes and public dislike.

Khloe Kardashian recently admitted that her hair was so unruly and curly as a child that her mother hid it under huge bows, earning criticism and laughs from her two sisters. Then, it was only a couple years ago that “Millionaire Matchmaker” star, Patti Stanger, instructed all female clients to straighten their hair if they wanted a rich dude.

No doubt we have all heard it before ourselves: “Your hair looks so pretty straight,” “Why don’t you straighten more often,” or even, “Your curly hair is ugly!”

So, my curly friends, while I don’t have an easy answer to stop all of the curly hair stereotypes and hate, I will quote some popular American rhetoric and Howard Beale, “All I know is that first, you’ve got to get mad. You’ve got to say, ‘I’m a human being, dang it! My life has value!’”

After all, anger poised in a positive direction spurs change, and, my curly ladies and gentlemen, we have got to spur change, stand up and say, “I’m as mad as hell, and I’m not going to take this anymore!”

Curly hair is just as natural as brown eyes, red hair or dark skin, and the test of time has dealt it a very biased hand. Fortunately, all of us have the power to change that image for the curlies who come after us.

We may not be the ones guilty of creating the curly hair stereotype, but we can be the ones who change it.