Tom Brophy, inspirational educator and former creative director for Vidal Sassoon, has developed a reputation for his ability to interpret trends for individual clients. London-trained Brophy, who now owns a salon in Beverly Hills, is also a big fan of curly hair. He encourages his clients to work with, rather than against, their natural texture. NaturallyCurly talked to him recently about his philosophy on curls. 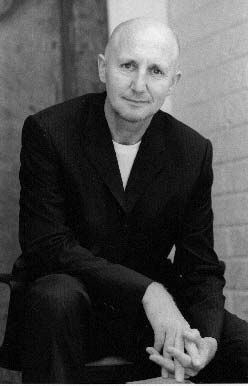 NaturallyCurly: There seems to be a trend these days back to long, ultra-straight hair. What is your opinion about that?

Brophy: There's so much emphasis with straightness now, not just with hair but with bodies. Just look at Victoria Beckham. A lot of clients would like to emulate it. But I try to encourage them to enhance what they have naturally, rather than going against it. I personally find all this long straight hair a little tiring to look at. There's no texture, no movement.

NC: Is it a tough sell to get people to go curly?

Brophy: It can be. I've been watching people walk by my salon all day, and I haven't seen a head of curly hair yet. It's crazy. I know you can't win everybody over, but there are plenty of women out there who do want to wear their hair curly.

NC: How do you work with your curly clients who want a cut that won't work for them?

Brophy: First, you have to understand their expectations and work from there. One has to be honest, but not so honest that you're brutal or rude. If they want a cut that just won't work for them, you might say "Yes, that's a great idea, however . . ." You have to back up that statement with some form of knowledge about why it won't work. They might want their hair to look like Kate Hudson's. But they have to understand that Kate Hudson spends four hours each day having her hair and makeup done to get that look. I'm never going to do something that I don't think will work. My experience tells me that when I go against my intuition, it just doesn't work. 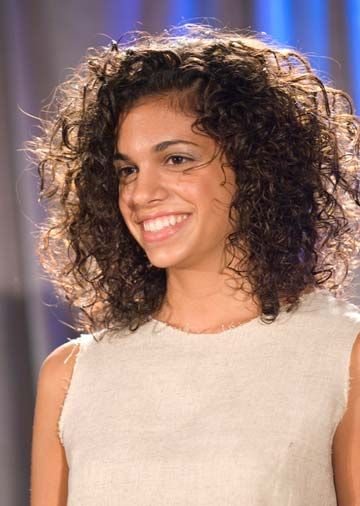 Brophy: It definitely is. A lot of hairdressers don't know how to approach curly hair. Some can't deal with it. We've been so accustomed to blowing everything to pieces and flat ironing it. When they get a textured head of hair, there's a lot of people who are unsure how to approach it. Many people approach it hoping the hair will react to them instead of them reacting to the hair. That seems to be a big problem out there right now.

NC: What is your approach to curly hair?

Brophy: I adjust my technique to the hair rather than hoping and praying that the hair adjusts to me. Because curly hair doesn't move around, I approach it from an abstract point of view. I sculpt it, cutting pieces out to encourage texture. If I pull it down and cut it one length, then the hair tends to expand horizontally. It becomes triangular in shape. I like to cut something that is a little freer than that.