She rocked a buzz cut in season one, and now her hair – and character – has some growth to show off. 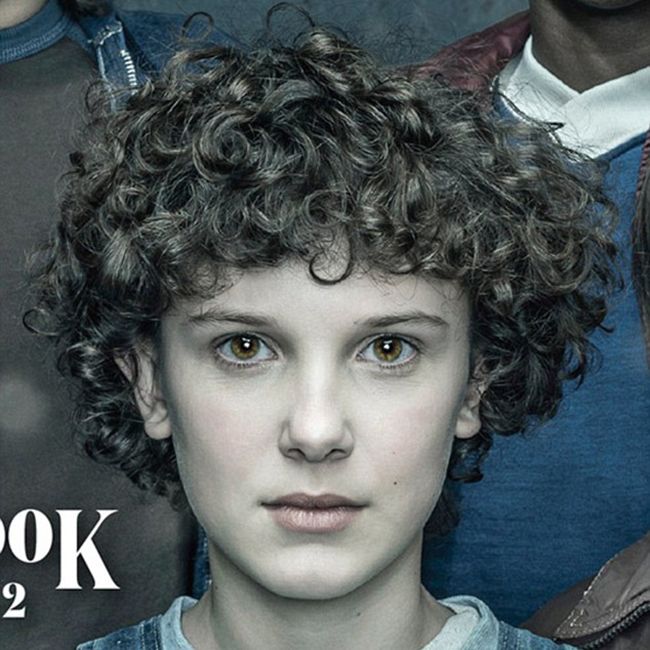 Making a super short, nearly bald fade cut her personal and professional signature since everyone first became obsessed with Stranger Things in July 2016, actress Millie Bobby Brown returned last week for season 2 as Eleven with a head full of equal parts luscious and edgy curly ringlets worthy of its own Emmy Award nomination.

Since wrapping up filming in June of this year, Brown has done a relatively good job avoiding the public eye after catching fame for the Netflix original series. This past Thursday, however, she showed up at the season 2 premiere in Los Angeles with dark brunette stick-straight hair complete with a middle part. Per usual, Eleven's fans were both baffled and intrigued. This left all of us guessing what we should expect from the once bald-headed badass during the continuation of the series. And while some people are debating whether the shoulder-length straight hair she showed up with on October 26this real or not, the fun and power of it all is that it is only hair. "People don't give it really a chance to make a decision to lose their hair and I did, so I wanted to embrace it and inspire people," Brown told W Magazine.

Before the screen test to get the part of Eleven, Brown only remembers one thing. "Well, one of the directors came up to me and said, 'Bzzzz' over my head and I didn't know what he was talking about," she told W Magazine. "And then the next day I got the job and I was like, 'you know what I'm going to cut it, that's it.'"

Curls, straight, or no hair – is it even that serious? Millie doesn't think so.

For those of us with curls, we are all too familiar with the unique and amazing abilities that come with having naturally curly, coily and wavy hair. The possibilities are absolutely endless, and as long as we keep the confidence oozing out from within, whether we want to chop it all off and start anew or rock a long, sleek middle part, a bouffant or springy curls, we are going to rock it regardless. Goodbye, Buzzcut Eleven.