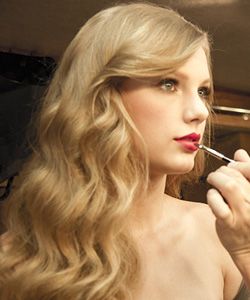 Taylor Swift has dominated the music industry since 2006, and the singer hasn’t looked back. She has won multiple music awards, has stepped out as an actress on CSI and Saturday Night Live, has been featured in a number of Cover Girl advertisements and has a line that will soon appear in Wal-Mart. Seriously, this girl is going full speed ahead, and sea is clear of icebergs.

Her newest endeavor, and a trend among pop stars in general, is the release of her new fragrance “Wonderstruck,” which premiered last week during “The X Factor.”

For Taylor, the release of the fragrance is very much related to her work, and what her music inspires.

“Wearing perfume is such a unique way to create memories. Like songs, a scent can take you back and allow you to relive a moment in time.”

The name of the fragrance is taken from a lyric in her new song, “Enchanted.”

“I wrote the lyric, ‘I’m wonderstruck, blushing all the way home,’ for the song ‘Enchanted’ about the first time you meet someone. A fragrance can help shape someone’s first impression and memory of you. It’s exiting to think that Wonderstruck will play a role in creating those memories.”

Check out Taylor’s Wonderstruck commercial below!

Taylor is a hair chameleon. Do you like her hair better straight, or curly?

“I share personal life experiences through my music, and my fragrance will allow me to share these experiences with my fans in a completely different and new way.  Falling in love is a moment every girl daydreams about and Wonderstruck represents that magical feeling of promise and hope and intrigue. It was fascinating to learn that you could layer so many different scents to create a beautiful end result.”