This Newspaper Ad Copied Solange's Album Cover, And It's Not OK

As the textured hair community continues to grow, preparing our natural hair and experimenting with styles is no longer a shameful act, but a sacred one, and the embodiment of this tradition is exhibited by Solange's latest album cover. 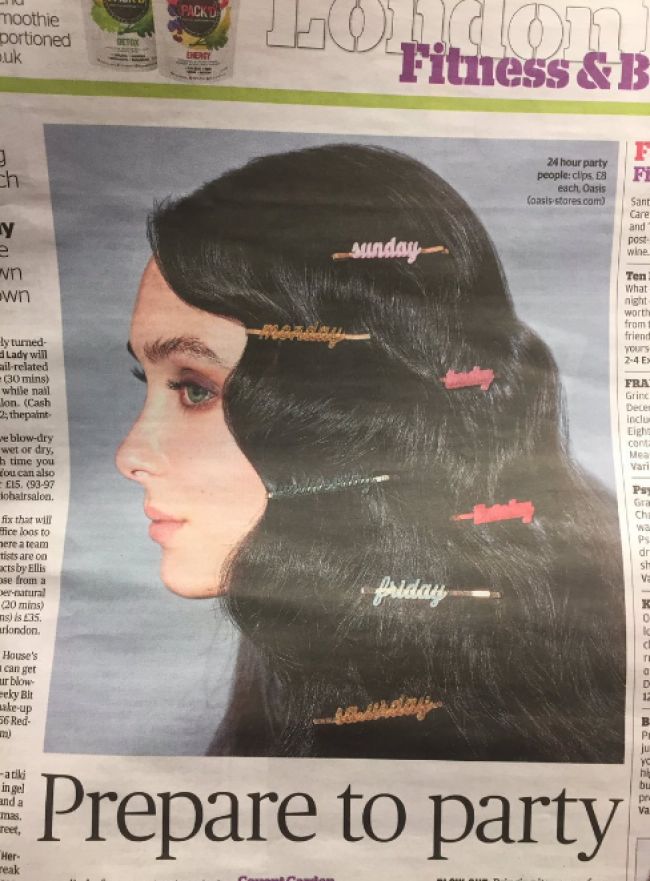 I think I can speak for (pretty much) everyone when I say that Solange's latest album, A Seat at the Table, rendered some major feels about what it's like being a woman of color in today's society.

From "Don't Touch My Hair" to "Weary" to "For Us By Us," each of the album's interludes and songs were heftily doused with the sort of magical black girl mixed with misunderstood artist aura that only Solange could display to the masses in the most graceful yet unapologetic way possible.

Even the album cover art was nostalgic.

With colorful duckbill clips carefully framing the artist's beautiful face, I was reminded of Sunday mornings as young Devri getting ready for church. Mom would seat me in between her legs while she sat on the couch with the trusty brush, hair grease, and clips at her side as she worked efficiently to make us presentable to the congregation. Although getting our hair done was often dreaded as a child, as we get older, forcing our heads to endure a lengthy preparation before an event, interview, or school becomes completely part of the norm. Because of the breathtaking complexity of everything that adorns us, with age and wisdom we gain more of the necessary knowledge and courage to embrace it--despite what mainstream society tells us is considered 'beautiful' .

That includes our hair.

Spending that much-needed 'me' time experimenting with different hairstyles on our unique and versatile texture has become an art in itself. And it is no longer a shameful act, but rather a sacred one--and that is why one might find a recent ad featured in London newspaper Evening Standard showing a white woman wearing colorful prong clips highly offensive and racially insensitive to not only the black community, but the visual art community as well.

And here folks, we witness yet another example of cultural appropriation.

What some people may not understand the deep-rooted issues that have come from this type of image being portrayed to a mass audience. As an artist, copying a piece of work without paying homage to its original creator is, in my opinion, worth a frown upon on its own. Sprinkle in a gentrified dash of cultural exploitation, print it in a popular newspaper for intent on selling a 'trendy' idea and that, my majestic people, is a bitter Oasis of white tears, no pun intended. Evening Standard, shame on you for approving this image in your publication. Please have a seat--pun fully intended.

Big beauty and fashion companies, you can appreciate one's culture without exploiting it.

Just give credit where it is due. Stop attempting to erase the history of the originators for which you seemingly feel constantly inspired by, so much so that you call it 'trendy.' Case in point: on the morning of Solange's album release, I posted an Instagram picture not only mentioning her name in the caption to explain my style for that day, but also tagging her own page and hashtagging the album name so that it was clear where I received said inspiration.

What is your take on the Oasis ad?

All opinions are my own. We'd love to know in the comments below and on the NC Facebook. Drop me a line on Instagram @DevriVelazquez.