In Defense of the Woman Who Went 5 Years Without Shampoo 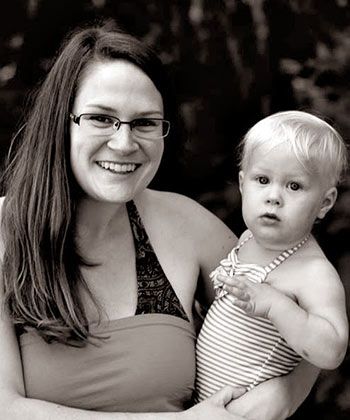 Did you see the Today Show's report on the "no-poo" method?

If you're a practicing no-poo washer - as many curlies are - then the segment might have gotten your blood boiling.

Eyebrows were raised and dismissive comments made at the notion of skipping shampooing your hair. Not to mention the questions on the lips of all of the reporters. Doesn’t hair start to smell? How do you get your hair clean? What do you do instead of using, you know, shampoo or some other type of soapy, cleansing agent?

Unfortunately the woman who was the focus of the debate wasn't present to defend her position, Jacquelyn Byers, a blogger who shared that she has been using the no-poo method for five years without shampoo.

Her choice to get rid of shampoo came after years of buying expensive organic and natural products. Similar to others who swear by the method, she began by using baking soda and apple cider vinegar, ingredients typically used for deep cleansing or removing excessive build-up from your hair. Unlike when you’re removing build-up and you combine the ingredients then soak your hair, the no-poo method involves rinsing your hair first with apple cider vinegar and then again with baking soda. The combination aids in maintaining the natural balance of your hair by using an acid followed by a base which doesn’t completely strip your hair of its oils like most shampoos do.

For most of us curlies, there’s no shortage of products when it comes to managing our hair.

We primp and pamper, tend and , at times, attempt to tame -- the list goes on. Getting a hair regimen together is a top priority that typically involves a series of incredibly intentional steps like washing, conditioning, detangling, steaming, twisting, braiding, styling and so on. For many of us, it’s an endeavor that requires a clear plan, an abundance of patience and probably a sizeable chunk of time. Like a whole weekend afternoon. But, imagine if you could skip a whole step...kinda. Would you do away with shampoo altogether if it meant your hair might be softer, fuller and healthier?

Recently, there was a segment on the Today Show that focused on one woman's results with the “no-poo” method.

Jacquelyn Byers was a hot topic with Kathie Lee Gifford and Hoda Kotb and although they shared some information from her original blog post, she wasn’t there in person to shed some light on her no-poo experience as a veteran of the method for five years.

But, Byers was unsatisfied with the results and decided to take it one step further: water only. And she highly recommends it. Although she claims that there are no smells, no dirt or grime and overall improvements in hair health, the reactions from the co-hosts were less than savory.  In fact, before she even got a chance to talk, they were calling the story “nauseating.” And in classic snowball effect, the question of her entire sanitation in general. With tones of disgust, they wondered if she even washed her body. Overreact, much?

But, the two co-hosts were quickly joined by a host of fellow skeptics who commented on various message boards and gave their two cents on what they found to be gross and archaic behavior. The general public response was pretty one-sided. Byers, though, swears by her twice a week rinse and even admits that she gets complimented on how soft and beautiful her hair is by strangers.

What do you think? Would you give the no-poo method a try?