Curlies, this is going to be my first article with a recommended soundtrack. 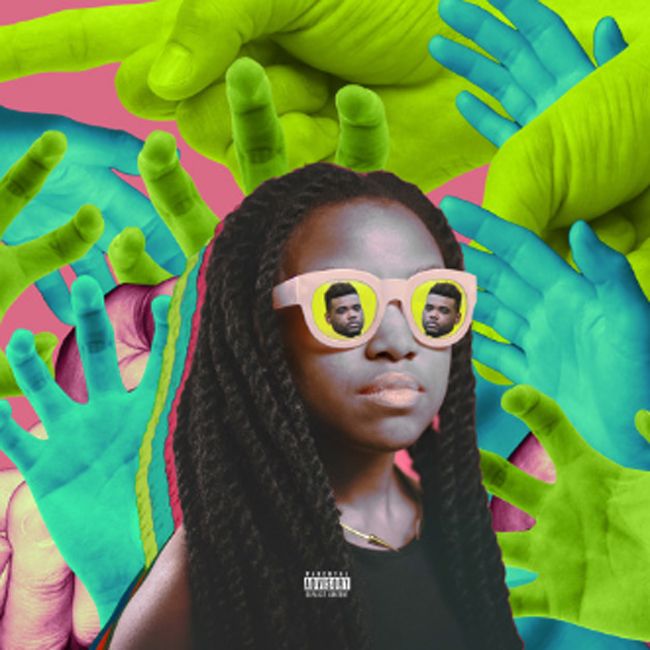 Warning for NSFW language if you're around any kids, but the sentiment is one echoed by a lot of coily women in regards to strangers groping their hair: "You got me [...um. Let's say "mistaken"], and you can catch THESE HANDS". And in Momo Pixel's Hair Nah game, that's the gameplay mechanism exactly.

You play as Aeva, a curly of color and avid traveler on your way to either Osaka, Havana, or the Santa Monica Pier. After selecting from a nice variety screen of customization with various skintones and coily hairdos, you and your 'Aevatar' are on your way. If you can make it through a lobby, shared cab ride, airport security, and the flight without depleting your 'Nah' meter by either letting your 'hairassers' slip by you, or auto-slapping at a threat that isn't there yet, you've won, and you get to be happy on your trip with your curlfriends! Sweet.

Despite the fact that it's AMAZING that a black woman's game went viral, (and considering the race and gender biases in coding and all levels of gaming, that's certainly nothing to sneeze at) there's even more to this digital diversion than the fact that it exists and puts a gamified face on a very sore subject. And that's the positivity the game garners for the players.

I've been on record as being more reactive than proactive when it comes to being grabbed or petted without my permission being asked—I'm built for comfort, not speed. Hair Nah was also no exception to the fact that I tend to freeze up on anything that isn't a rhythm game demanding speed and accuracy from me, especially when a hand comes from ON TOP OF YOU, eek! But all the tension eases up when Momo's adorable sprite comes out to tell me how well I did. The reassurance, even from an animated character, is incredibly helpful. 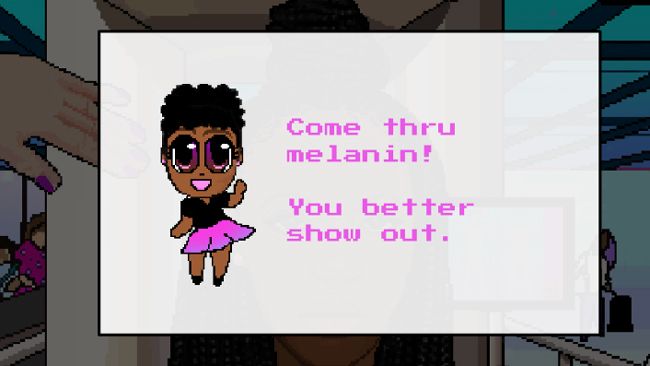 ...actually, who am I kidding, with me it's more like 'ESPECIALLY' from an animated character. Still, that little 'Go head, sis' boost? We NEED that. Our anger at macro and microaggressions against us is valid and correct. However, there can only so much fire coming out of us before we run out of fuel. And it's these shining bits of 'Hey, you're doing great' from someone you know knows your struggles that help us make it through. It all comes back to the fact that we need to celebrate each other. 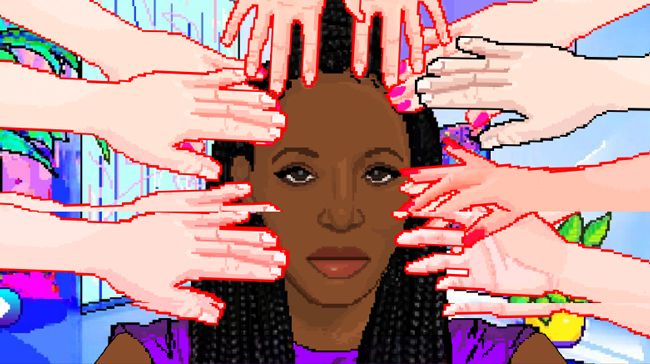 The gameplay mechanic itself is ALSO had a surprise in store. Rather than having you start off with a number of set hitpoints that you're trying to not lose as you go on, you start off at absolute 0 with 60 seconds on each level to fill your meter enough to make it through to the next. And in the context of what black women have to be put through, that's a big deal! It reflects the clout you do lose IRL by being paranoid, but also the triumph of getting that well deserved swat delivered to a "just curious" party that got tempted to touch. This ain't no soca hit, this is REAL. Well. It's a game, but you know. The struggle is real.

For review purposes, I also had to see what the game did when I lost a level. As much as it killed my little delicate Aries soul to lose on purpose, Momo still had something for me. 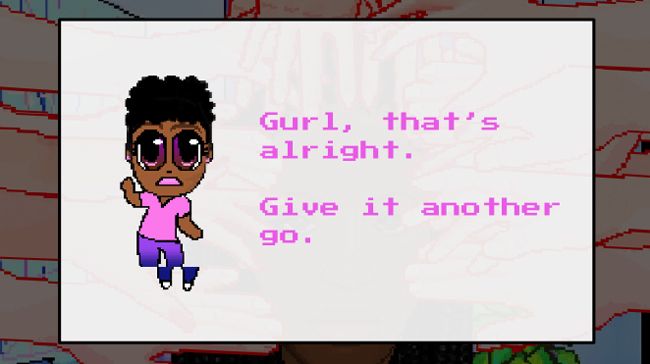 That encouragement really touched me. I'm not a hardcore gamer by any stretch y'all, I'm over here in the unskilled geek corner playing DDR on Standard Mode and yelling at Candy Crush. And like I said—when I'm out in the real world, and people reach out to lay hands on my hair, they succeed because my reflexes are terrible. So when I hear that 'Hey you did your best' from another sista, I can't help but melt a little. Black women are expected, even by ourselves, to be extra hard in this world—so much so that it's revolutionary to admit we need to be nurtured just like everyone else. Strength doesn't have to be a reaction to adverse circumstances every single time, sometimes it's born from the goodwil and support of those around us, even when they don't know us. And Miss Pixels is BRINGING those good vibes. I put on my best Southern Belle voice to say "I've always depended on the kindness of strangers".

Of course when good news rains, it pours! Momo's also announced that Hair Nah is going to be a mobile app in the future! 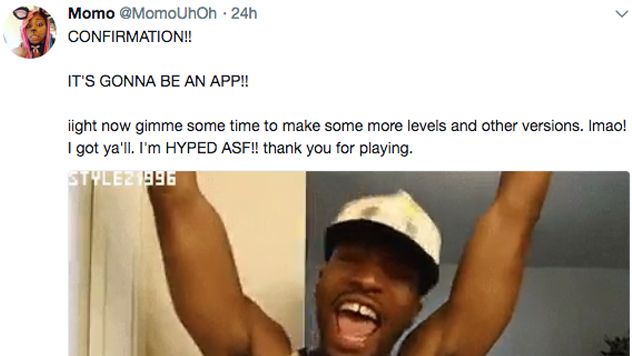 Can't wait to take this 'first person slapper' on the road. And I can't wait to take every opportunity I can to have a kind word for the curlies that cross my path and to present a teachable moment to everyone else. 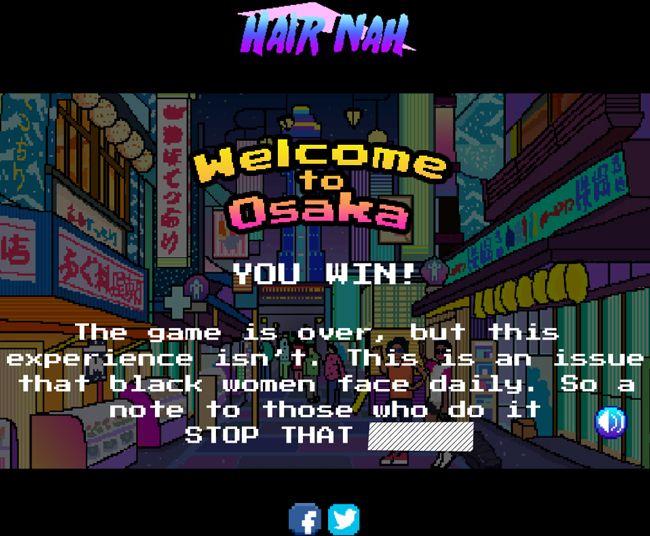 Check out my sweet Photoshop censor bar work there, haha. For more info, you can keep up with Momo via Twitter, as well as with the game's supporters at On She Goes, a website dedicated to WOC globetrotters and their experiences.

Have you played the game yet, curlies? If not, what do you do when you need a little encouragement vis-a-vis those gorgeous coils? Let us know in the comments, and we'll see you in cyberspace!