Where Did #MeToo Come From & What Can We See Next?

My #metoo happened earlier this year, in a women's bathroom. She was a family associate, someone that was supposed to be safe, and sadly in my eyes another woman, so "harmless". Yet, it was intense, scary, and made me wonder if I had done something to lead this person on, to warrant their verbal & physical attempts to connect with my being in such an invasive way and overnight, I joined the company of so many others, who became victims to themselves at the hands of someone else.

When I saw the #metoo movement happening on social media, I must admit, at first it was triggering, but not long after my initial thoughts, it became clear. To see the solidarity in testimony was not only incredibly uplifting and empowering to hear, but the fact that so many people of all backgrounds coming forward (men included) provided an example of how it is time to remove the stigma of shame over sexual assault & violence. It is time to hold our perpetrators accountable in the most visible of ways. 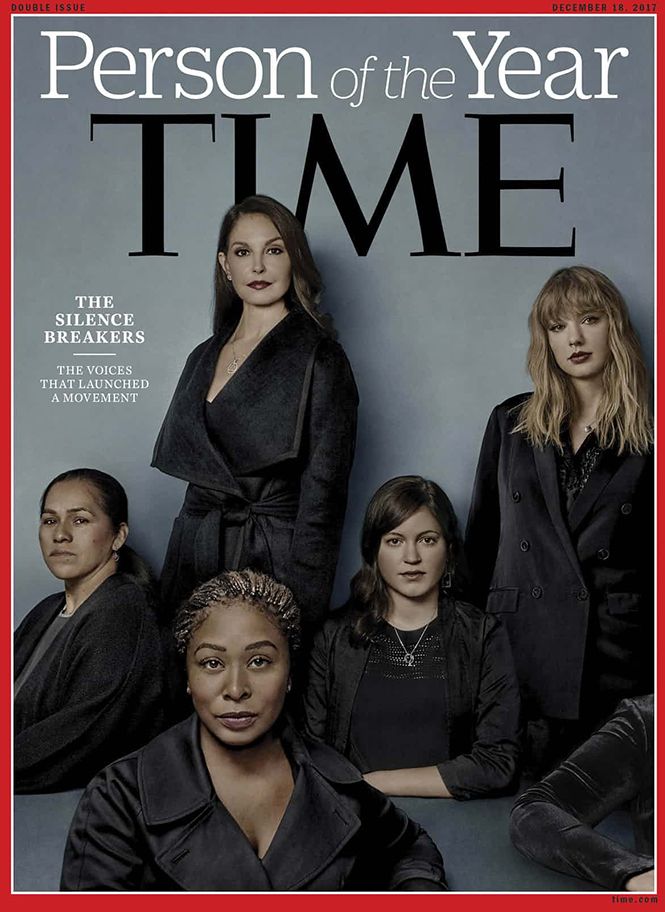 Founded by Tarana Burks in 2006 as a response to her own sexual assault, the #metoo hashtag became a symbol of a revolution. Victims of sexual violence came together, and shared these two words over 1.7 million times on Twitter and over 12 million times on Facebook, in over 85 countries. Amidst the Harvey Weinstein's and countless other "men" of power, we rose up hard, but did we erase this black woman from her own story?

As Time's Magazine's 2017 person of the year, the #metoo cover featured "The Silence Breakers", Ashley Judd, Taylor Swift, Susan Fowler, Adama Iwu, Isabel Pascual, & a woman's elbow (symbolizing the millions of women still in their own brave silence about their experiences). While I don't agree with all who were chosen to be the first visible representation of this movement on such a grand public outlet, it would be remiss of me to say that they did not include marginalized people at all, and it is the wakeup call the world needed. Sentiments were gathered across the NaturallyCurly office over the cover choice as well, and our editors had a few thoughts to share about what Time's representation of this issue meant to them:

"Living in a visual communication-centric world, I would be remiss in not saying that the most compelling element of the TIME Magazine Person of the Year cover is the fifth woman pictured. She's to the bottom right of the image, and all we see is her elbow. This strategic positioning resonates with me because since the #metoo campaign went viral, I felt a bit voiceless. The reason was my past pains seemed to pale in comparison to those of individuals that have bravely come forward with stories about their loss of self, and even more profound tragedies that have yet to be told. In any event, I do see myself in the fifth woman's elbow. She does not reveal her face; she has chosen to either share or not share her #metoo story and no matter if anyone cares to understand the nuances of her presence in this ever-widening lens of unwanted voyeurism, the fifth woman is my representative, she is my advocate. In any event, I chose not to share #metoo conversations in public forums because that is my choice. However, I will place my elbow on the table, cup my hand to rest my chin, open my ears and my heart to listen to those that do want to share with me and whoever else is daring enough to offer compassion."- Gerilyn, Senior Copywriter

"I have mixed feelings about it. On one hand, lifting up multiple different people willing to come forward about their situations was noble in that no one of us can quantify suffering more than any other in an environment of sexual assault and rampant victim blaming. However, considering #metoo was yet another powerful viral movement branded by a black woman, ten years ago in fact, it's kind of a head scratcher that their Person of the Year was expanded to multiple people. I'm not sure when we'll ever get to put the Tarana Burkes of the world at the forefront like we have with our MLKs and our Pope Francises—despite the fact that their work in activism isn't done specifically for themselves. The sad thing is that there's never an "appropriate" time to ask these sorts of questions—it's not unreasonable to ask for a positive spotlight on the people a movement is meant to serve, and no one rolls up their sleeves for this kind of work for their own personal aggrandization, but it's difficult not to notice whose work is known with their moniker attached and made into a household name, and whose isn't." - April, Copywriter

I think it is important for the focus to remain on the true silence breaker, Tarana Burke, and to make sure we aren't erasing this black woman from her own story. So what happens next? Where does #metoo go, and who does it help? In response to these questions, Tarana offered up a few words of wisdom and a prophetic vision to explain.

"To me, 2018 will be all about processing #MeToo. The next step in the movement will be helping women navigate what happens after they disclose an experience. It's about what happens if someone posts #MeToo and nobody "likes" their status and how to be advocates in our communities. …I'm driven by the gaps, the things that are missing, the areas where marginalized people exist — and where the least resources are available for them….We keep talking about how many millions engaged with the movement, but even if just 10 percent of those people stay committed to the work, we will have created an incredible army. Because the power of #MeToo isn't just naming it. Naming it is just the beginning of the journey." - Tarana Burks for Glamour Mag

Unfortunately, sexual violence will not stop happening anytime soon, yet and still, I am immensely blessed to live in a time where we are finally recognizing in a big way that women & men, but especially women, have autonomy over our own bodies, and we owe you nothing. Not our energy, our time, or a smile, and I highly suggest it's time the world deals with its fragile ego.