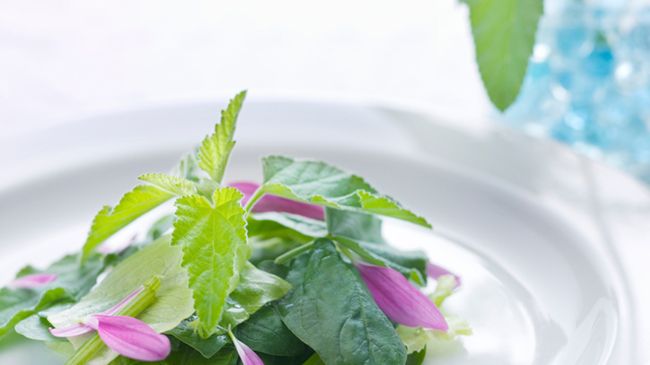 Keep the questions coming! Recently, I've received inquiries about a couple of sweet botanicals often used in curly hair products. I hope you enjoy this information about agave nectar and marshmallow extract.

Agave nectar (or syrup) has become quite popular at health food stores in recent years as a natural alternative to processed white sugar and artificial sweeteners in foods and beverages. Agave nectar is obtained from the agave tequliana, a succulent plant found in Mexico, the southwestern United States, and Central and South America. Yes, this is the same plant that provides us with the infamously intoxicating beverage that yields tasty margaritas and tequila shots—so versatile!

Recently, it has also become trendy to incorporate agave nectar into hair care products, especially homemade concoctions such as flax seed gel and oil-based hair conditioning treatments. As a result, I have gotten a few questions regarding this ingredient and how it compares to other natural ingredients used for similar purposes, such as honey. As always, the answers are to be found in the chemistry.

Agave nectar is composed of several large carbohydrate molecules called polysaccharides: saponin, inulin, and fructosan. These polymers are made up of building blocks of different types of sugar molecules. Fructose is the primary component, with glucose being a smaller fraction of the material. Polysaccharides have many hydroxyl groups and for this reason are very hydrophilic. They will behave as humectants and draw water either to the hair or out of the hair, depending upon the environment. (To learn more about the ramifications of humectants and curly hair, see Humidity, Humectants and Hair.)

In most instances, raw agave is refined prior to being made available as a sweetener or a beauty product ingredient. In this process, the polysaccharide molecules are hydrolyzed and broken down into the small molecule simple sugars (glucose and fructose) that are the building blocks of the polymers. Refined agave nectar such as this will have very similar effects on hair as honey, due the size and molecular structure of the components. (For more information about honey, check out The Buzz About Honey.)

Raw agave, which contains a much higher percentage of polysaccharides, should behave a little differently than honey when used on hair. Raw agave nectar can provide conditioning by forming a polymer film on the surface of the hair, thereby smoothing the cuticle. It can also provide mild hold, due to the polymeric structure of its unaltered carbohydrates. Unrefined agave nectar also contains minerals such as iron, calcium, potassium, and magnesium, which may be beneficial to hair. For these reasons, I highly recommend seeking out raw, organic agave nectar to use in your homemade styling and conditioning products, as it can augment the performance of your product more than refined, processed agave.

Another plant-derived ingredient about which I have received some questions is marshmallow extract or marshmallow root extract. Marshmallow root extract is derived from the herb Althaea officinalis, a plant that has long been valued for its medicinal properties. The extract bears no relation to the sticky white treats by the same name. (No one actually thought for a second that those might be "natural" or plant-derived, did they?)

Similar to agave nectar, marshmallow root extract is composed of polysaccharides—more complex sugars and also mucilage components, which contain both sugars and proteins.

Polysaccharaides and mucilaginous molecules are film-forming polymers when applied to hair, which makes marshmallow quite useful as both a conditioning agent and a styling agent. It has emollient properties and can help with detangling as well.

Many plant-derived substances have such great potential for use in both hair and skin care. They are also considered to be more earth-friendly in terms of the processing required, and some consumers feel safer using them as well. I find the biochemistry fascinating, and I think it is wonderful to see them being used more often. Understanding how they work and what we can expect from them is the key to getting the best results. Enjoy—but just don't try to sweeten your coffee with your hair gel.