The Truth About Avocado and Wheat Germ Oil 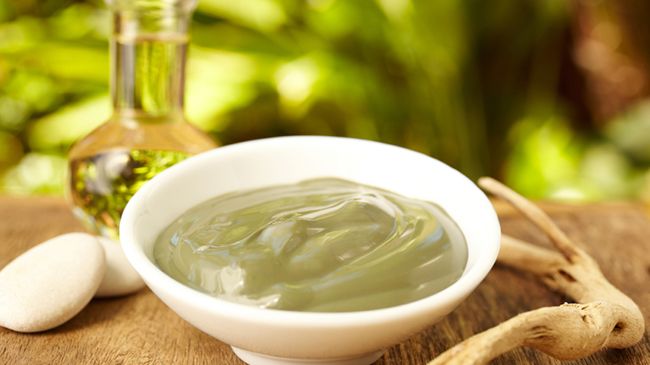 I don't usually talk much about my hair, but lately it has been dry and tangled! Seriously — it is awful. I think a poor choice in a do-it-yourself color process and my being in-between "holy grail" conditioners are both to blame. Since I hate the feel of a haystack on my head, I have been experimenting with different oils and home treatments, while I ponder which commercial products to purchase for a (hopefully) more long-term solution.

While perusing the forums here at NaturallyCurly.com in hopes of discovering a new conditioner, I have read several discussions about avocado and wheat germ oils and whether or not they contain significant amounts of plant protein. Since some of us with curly hair love and seek out conditioning products that contain proteins, while others avoid them like the plague, it is an important question. Thus, I thought it would be relevant and possibly fun to examine these two plant oils more closely.

Avocado oil and wheat germ oil are derived from their respective sources using various methods; typically solvent extraction, cold press or mechanical extraction, and more rarely, supercritical carbon dioxide extraction. What each of these techniques has in common is that they act to separate the relatively low molecular weight oils (fatty acids) and oil-soluble vitamins and minerals present in the fruit or seed from the other materials that comprise the whole — fiber, protein, sugars and water.

Although I have seen various products advertising that their wheat germ oil contains "many proteins," the evidence does not support this assertion. I wanted to get the opinion of an expert, so I consulted Professor Dunford of Oklahoma State University's Department of Biosystems and Agricultural Engineering. He states that some solid granules or particles may get into the oil during the extraction process, which can lead to the inclusion of some small amount of protein in the oil. However, refined oils go through multiple steps of purification, including additional solvent extraction, filtration, and drying. For this reason, most of these oils used in cosmetics and personal care products should contain no more than trace amounts of protein, if any at all.

So what is in these oils that makes them special? 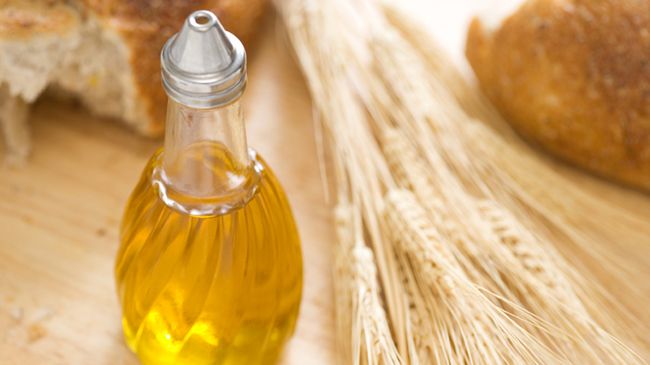 Wheat germ oil ("triticum vulgare" on most personal-care-product labels) is a very nutrient-rich plant-derived oil that contains a variety healthful substances. Among these are several different longer-chain fatty acids, long-chain saturated fatty alcohols such as octacosanol, and plentiful amounts of several vitamins and minerals. It is especially valued for its high content of tocopherols (Vitamin E), known to provide many health benefits.

Wheat germ does not differ from other triglyceride-derived oils, in that it contains a variety of fatty acids, the exact ratio of which will vary. The major components, in descending order of concentration, are:

Several other fatty acids are present in very small quantities. The average molecular length of the major fatty acids in wheat germ oil is larger than that of coconut oil, which may give enhanced emollient benefits to wheat germ oil. The presence of the long-chain fatty alcohols also provides an additional boost to the conditioning and moisturizing properties of wheat germ oil. Based on its chemical profile, it seems like a great product to include in your home hair care routine. 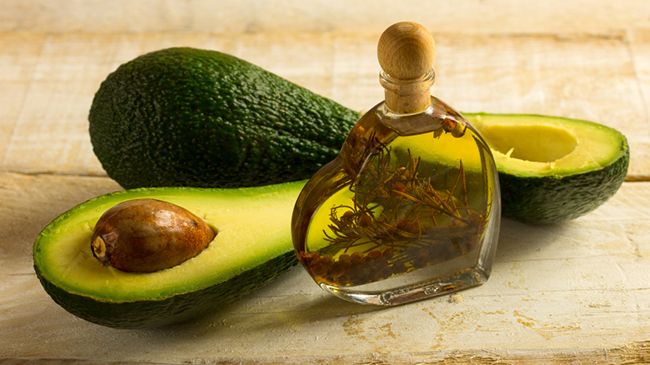 Avocado oil is comprised mainly of oleic acid, palmitic acid, and linoleic acid. It also has several other fatty acids present. Its main fatty acid components are almost identical to those found in wheat germ oil, but the distribution differs. Avocado oil also contains significant amounts of Vitamins A, E, and D, again with Vitamin E being present in significant amounts. This oil is valued for its light feel and excellent emollient properties.

The magic ingredient in both oils?

Both wheat germ oil and avocado oil contain significant amounts of tocopherol, or Vitamin E. Vitamin E has been found to be especially beneficial as a moisturizing agent for both hair and skin due to its ability to penetration beneath the surface.. Studies have shown that tocopherol acetate (Vitamin E acetate) is absorbed directly into the hair cortex, where it can moisturize and plump the hair shaft. Deposition/penetration profiles have shown that significant amounts are absorbed, and that the effects are cumulative. Deposition is found to be increased on the surface of damaged hair, which is of significance for curly hair, which is more likely to have a damaged cuticle layer.

Another fascinating attribute of Vitamin E is that it has been found to possess properties that enable it to aid in the prevention and reversal of some forms of hair loss. As a powerful anti-oxidant, vitamin E can also protect the hair from damage caused by free radicals encountered due to exposure to UV radiation (sunlight), chemicals and pollutants.

The incorporation of natural, plant-based oils into a home hair care routine is a timeless tradition. It is so much fun to play with them, as there are so many with which to experiment and most of them smell really good! The two oils discussed in this article seem to be exceptional candidates due to the fatty alcohols present in wheat germ oil and the Vitamin E found in both of them. Unless one has a severe allergy to wheat protein in particular, I would also not be concerned about the presence of any trace amounts of protein molecules in the oil. So, once again, it is time to hit the health food store and stock up on some cooking and beauty products!

Email your questions to Tonya.

This article was originally published May 2009.