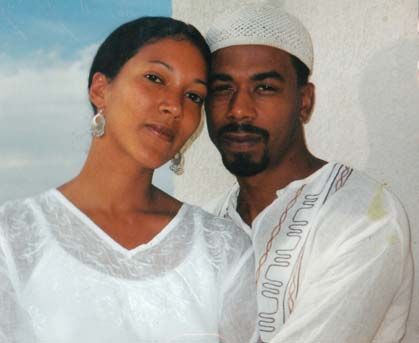 Shani Chen and Jo Jonz had a simple mission when they started Oshune Body Care.

To that end, Oshune sells more than 50 products, from Belly Balms and Body Butters to Sugar Scrubs and Sweet Cremes. The products contain natural ingredients such as coconut oil, shea butter, almond oil and olive oil. The company’s mission is “to nourish, cleanse, and fortify the body” with its all-natural products, which are made fresh weekly.

The company got its start seven years ago, when Jonz and Chen moved to Los Angeles -- he from New York and she from Miami. The climate change took its toll.

"We both had moved from humid places and suddenly we had dry skin and dry hair," recalls Chen, who developed a severe case of dermatitis.

They had a hard time finding products that quenched their parched skin, so they began tinkering with natural ingredients. Jonz, an anthropologist by nature, began looking for ingredients on his travels. Coconut oil is found in many of the ingredients because the coconut is a "miracle nut," Chen says.

Their initial line included body butter, lotion, cream and oil. They named the line "Oshune," which comes from the Yoruba religion, where Oshune is a deity representing love, sensuality, and prosperity.

"We thought it was an appropriate name," Chen says.

Initially, Oshune was a weekend sideline. Chen was working for Citibank trying to break into television writing, and Jonz was an actor and businessman. They started small, selling the products at an L.A. flea market. The company made $2,000 the first year.

"After Sept. 11, it was time to make a decision if we wanted to take it seriously," Chen says. "That's exactly what we did."

In November 2001, Oshune incorporated and became a full-time endeavor. The products now can be found in stores and hotels around Los Angeles as well as at CurlMart The products were featured at Fashion Week, and have appeared in magazines such as Honey, Vibe and Essence.

They've created new products as they've seen a demand. For example, Sweet Creme, a light creme made with coconut oil and shea butter, was created when Chen found that the body lotion worked well in her long, naturally curly hair.

"We decided to create one product that could do 10 things," says Chen, who also uses it as a body cream and to remove makeup.

The company is developing an upscale line as well as an organic line. A men's line also is in the works — something "sexy, urban and hip," Jonz says.

"The market will dictate what direction we'll go in," Jonz says. "We know we want to get products to people that are beneficial to their health."