Pardon the obvious hair pun, but sometimes I can be hard-headed. Even though I know that there are certain things my hair needs, oftentimes, I’ll still be inconsistent about doing them. Usually it’s because either I don’t feel like it, or I can’t seem to find the kind of product that makes it worth my while.

Still, as my hair continues to grow (more length equals more hair care time), sometimes I have to gas myself up to wash it every other week, let alone apply a conditioner to it and let it sit on my head for ten to fifteen minutes. Plus, most of the deep conditioners I’ve tried (that will go unnamed) didn’t seem different from the regular conditioners I’ve used. Bottom line, as far as deep conditioners go, I’ve been totally uninspired.

Then one day, while perusing through the aisles of Sally’s Beauty Supply, I saw that Proclaim's Jamaican Black Castor Oil Hydrating and Reparative Treatment Masque was on sale. It caught my eye because 1) it was on sale and 2) it had Jamaican black castor oil in it. Although I was rolling my eyes at the thought of trying yet another deep conditioner, I purchased it anyway. 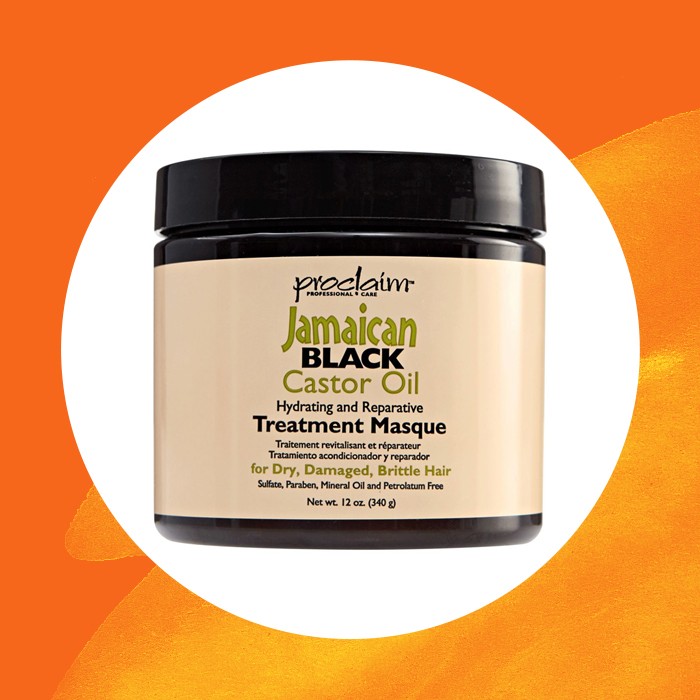 I must say that what I immediately liked about this deep conditioner was it seemed thicker and felt “sleeker” than other deep conditioners. For me, a lot of them feel more watery than anything; like they aren’t truly deep conditioning my hair.

Although the directions say to leave it on for five to ten minutes, I left it for twenty instead. The conditioner washed off easily, and my hair did immediately feel softer. However, I didn’t notice how soft it actually was until after I blow dried it. The conditioner made my hair so soft that when I went to braid it up the next day, it was a little harder for the braids to hold (depending on how you look at it, that could be a good and bad problem, I guess).

Another issue that I’ve had in times past with other deep conditioners is my hair tends to feel dry again within a few days. That hasn’t been the case with this one. Even right before wash day (which for me is around every ten to fourteen days), my hair feels just as soft and moisturized as it did on the day I applied it.

I can’t say that Proclaim's Jamaican Black Castor Oil Hydrating and Reparative Treatment Masque has me so sold on it that it makes me look forward to deep conditioning my hair (which is something that I’m trying to do once a month). But at least now I know which one I’ll apply whenever I do. And that’s a start!