The History of Braids and What You Need to Know 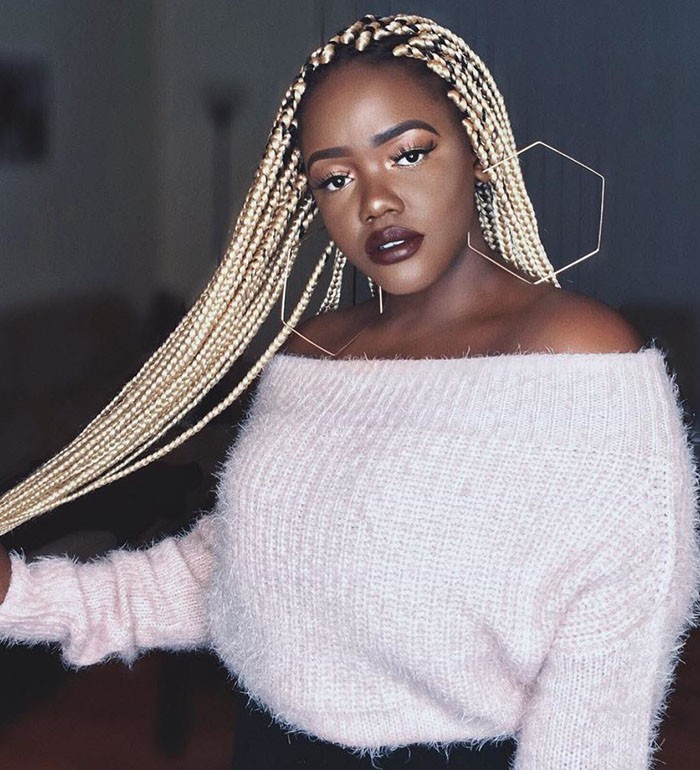 No matter where you are in the world, there’s some version of them that’s endured!

So where do braids in black hair fit into our histories?

Well, there’s no one place to start, obviously. Africa’s pretty big. But I’ll play off the usual historical pieces by starting in Egypt.

While the ethnicities within both kingdoms were very mixed, and while the people we’d call Sudanese today are no longer a large part of modern Egypt, the braided styles that take their influence from the southern regions of the kingdom can still be seen in the wigs of Egyptian nobility in paintings, statues, and in one very special case, one human hair wig does still survive. 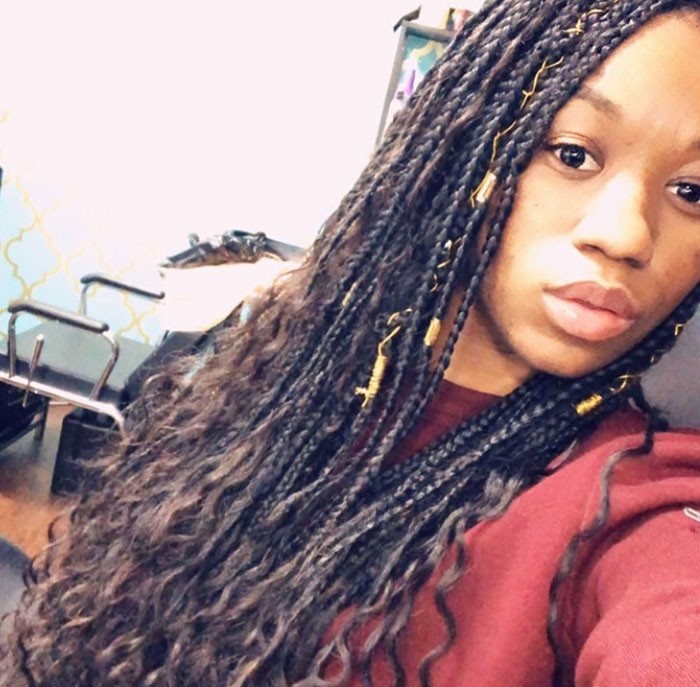 As an aside, I think it’s ummm...interesting that people can be such “scholars” on how Egyptian royalty lived, and then turn around and castigate black women for wearing hair they bought.

Today, we have amazing braided wigs, with heavy-duty clips and everything! I won’t lie, once I learn enough patience to adjust the hairlines on those things it’s all over for ALL y’all. Ironically it’d take less time than braiding my hair, I’m sure, but that’s another story.

And what is our story?

Braids show who we are as far as personal style, and for a long time, who we were as family and ethnic groups! Braids in the Himba tribe of Namibia can show a woman’s family roots and marital status. The braids of the Mangbetu women of the Democratic Republic of Congo were swept up into basket-like styles that accentuated the skull elongation indicative of beauty and class in their nation.

We haven’t even gotten into all the decorations!

You’ve got bronze discs in Algeria, cowrie shells in the Yoruba people of present-day Nigeria, and combinations of clay, ribbons, beads, feathers, and bones criss-crossing the continent in a dizzying myriad of beauty.

One look at someone’s hairdo, the style, or the ornaments in it could tell you who they were, where they were from, how well-off their family was, and even which religion they practiced! 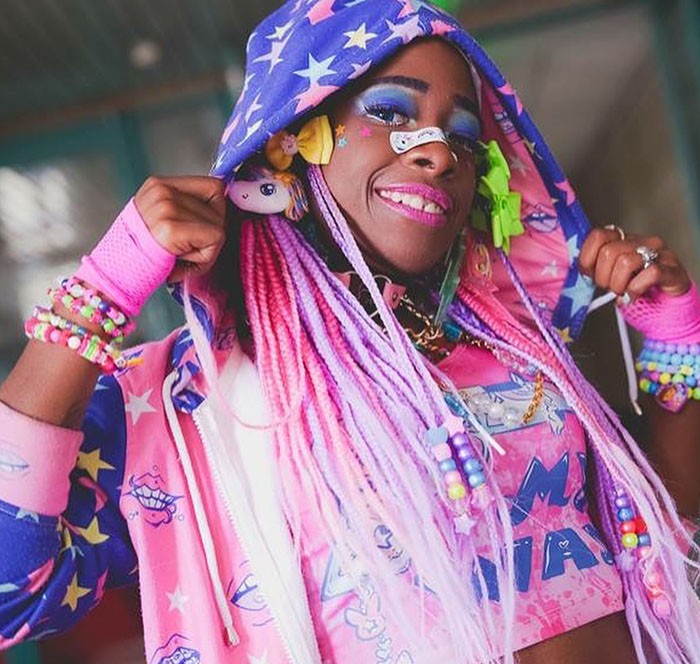 Aside from the amazing lengths of religious denominations which mandate adherents not cut their hair, our braids today tells more about our personal style than our more specific heritages. Granted, a big factor of that in the diaspora is that our histories were erased to the point that most of us only have the particular boat-stop to go by, rather than the actual people we came from. But we’re still making it work.

Fun story, in middle school P.E. I found a dime on the track while we were walking laps. Having no pockets, I just stuck it between my feed-in braids. I got laughed at, called ‘country’, sure—but that’s a whole $0.10. Sometimes the practicality of braids comes in surprising places.

If you’re part of the African diaspora, you may have heard of how our ancestors managed to hold on to little bits of their culture even during their capture. Bits of jewelry, small ritual tokens, and seeds from the homeland made it over with our families, but I never understood exactly how it happened. How long can you clench a fist under such horrific circumstances?

But our things didn’t come over in our hands. It was our hair. 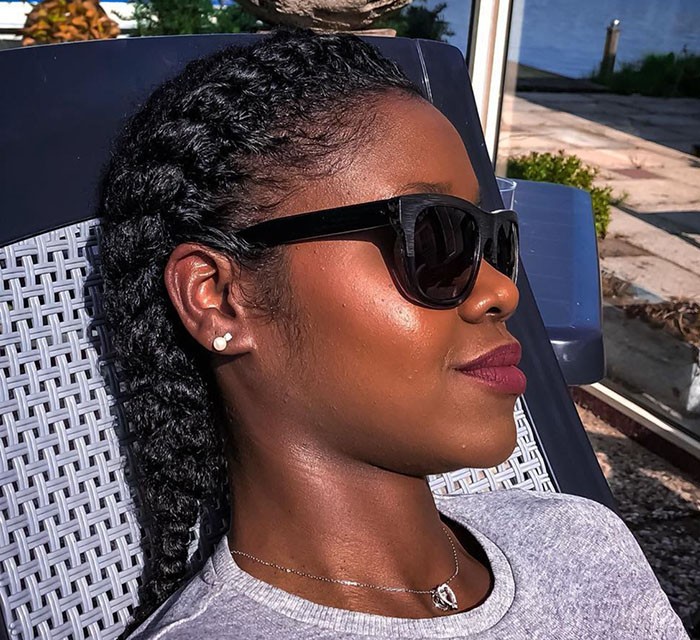 Seeds, even as small as grains of rice, can be braided into afro-textured hair and held safely, even through the barbarism of the chains and ships. Suriname boasts a breed of rice that’s only found in Africa, whereas the rest of the non-African world uses Asian rice varieties. And something that pure certainly didn’t come over in the hands of slavers. Like hiding escape instructions in songs, or hiding martial arts with dance-like flair, hiding the food of our people in a hairdo the captors couldn’t comprehend is an amazing testament to the endurance of our cultures. 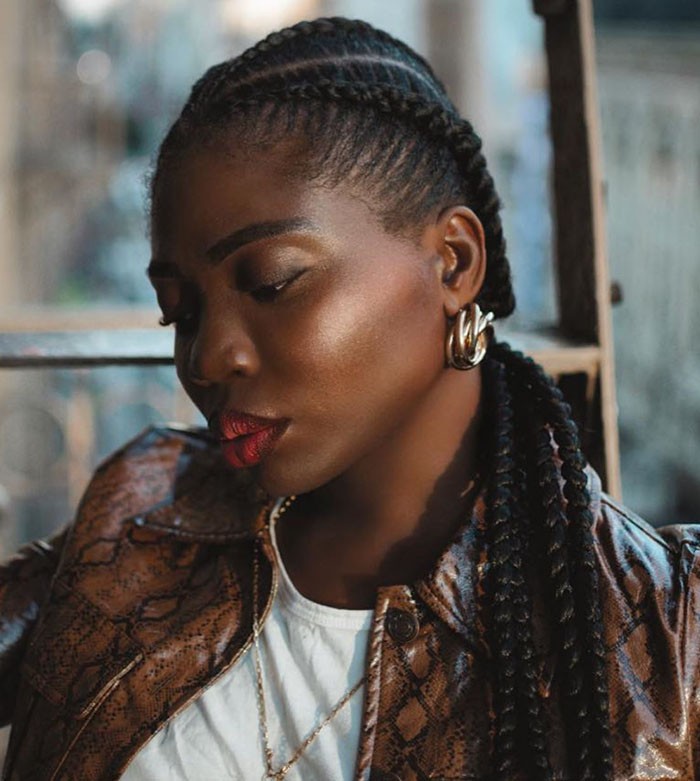 One thing that’s never changed about braids is the fellowship of it all. Little girls braid each other’s hair to bond. The hair shop, no matter what style you’re getting, is still one of the cornerstones of black feminine solidarity. I still take my place between my mother’s knees as she “gets in all that hair”, as she lovingly puts it. Maybe our ancestors didn’t watch NCIS marathons from the corner of their eyes while trying to obey ‘Bend your head, not your neck’, but the closeness is still very much there.

Ever since the cultural revolution in the American 60s, black hair worn in its natural state into adulthood has become more and more commonplace, and I couldn’t be more thankful! From best Cinderella ever Brandy, to achingly elaborate Solange, to tiny, braided Bantu-knotted rock ‘n roll role model Maryam Hassan, to the gloriously beaded Williams sisters we’ve just been keeping things going, and it’s so powerful. 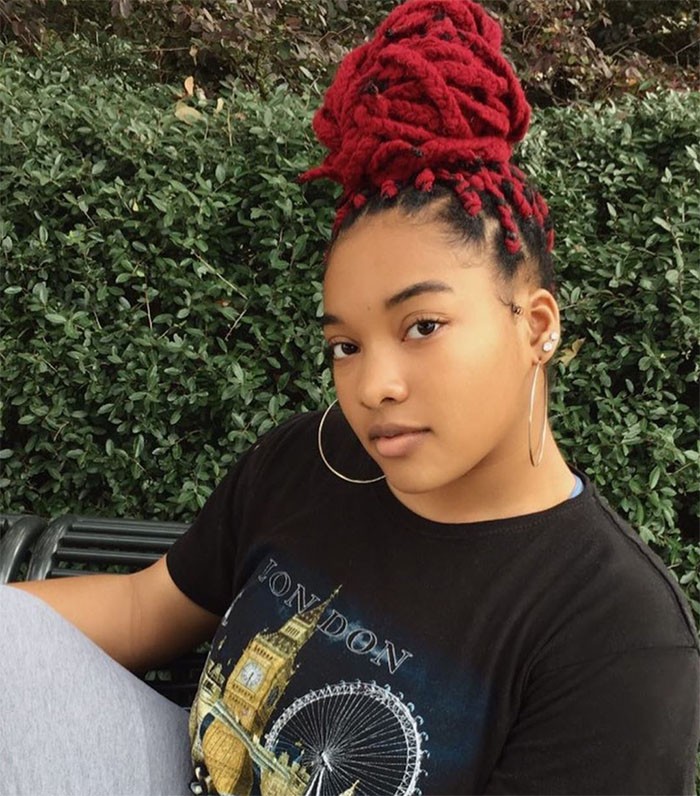 Yes, of course I support everyone’s choice to wig, weave, or flat iron as they see fit. We’re versatile. But braids are a beautiful thing to see. Despite some bastions of overt racism holding onto banning braided styles in schools (including schools in Africa, which...WHAT), we’ve embraced the freedom to reclaim a part of our cultures that so many tried and failed to squash.

We’ve been through the forced shavings and white-male-gaze-centric tignon laws of the non-incarceration based slavery era. We’ve lasted through the social forces of chemical burns and hot combs. We made it through every kind of colonization attempt on our beauty standards. We’re making it through denial of education, work opportunities, and basic human dignity.

And despite the heavy history and the fresh wounds of the modern era...we’re still out here having so much fun with our ‘dos! 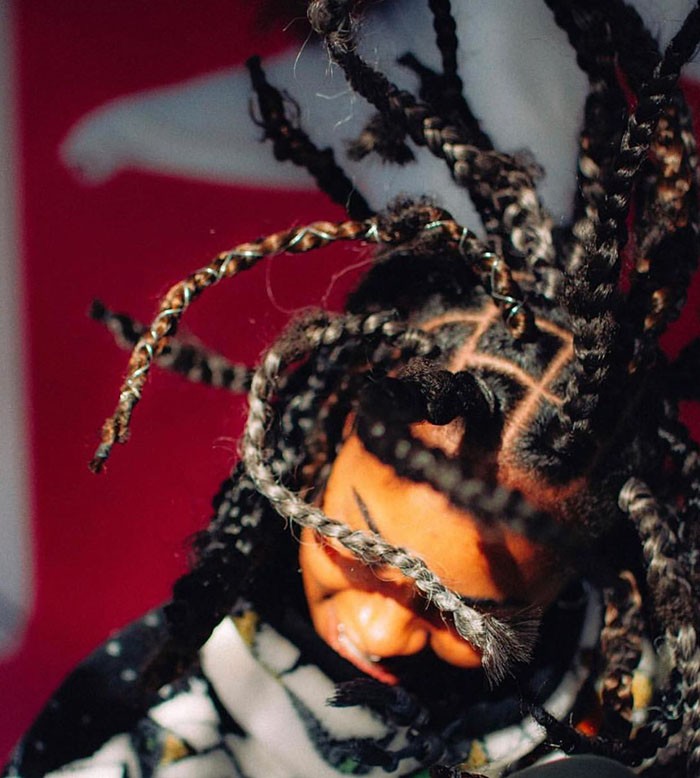 Are you practical? Whimsical? Punk? An actual mermaid? There’s a style for every aspect of of every one of us!

So how do you maintain yourself while rocking your braided bounty?

First of all, keep spraying. Just because your ends are tucked doesn’t mean you’re off the hook for basic care, and your scalp and growth WILL dry out if you get negligent.

Secondly, get. That. SCALP. Depending on what kind of braids you have, you might not be able to do this very easily, but that’s why the hair gods developed the nozzle-lid!

The ACV Root Rinse from Cantu is both refreshing AND cleansing for braided clarification that won’t muss your style or leave suds in between the strands like regular shampooing might.

When it’s time to seal moisture, try JBCO with pimento oil for growth and gentle stimulation. Heads up, pimento is Island for ‘allspice’, so if you have any allergies, don’t let them get lost in translation. 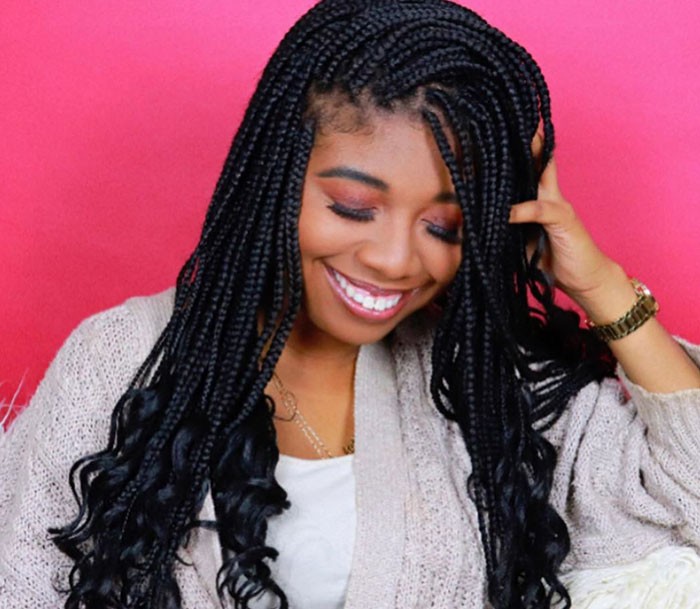 Finally, make sure you don’t leave your style in for more than a season. I know, I know, three months is definitely pushing it, but I also know that life happens. Leave the slow and steady for your yoga though, because your hair WILL start to lock, and you WILL get frustrated with undoing it once you decide the perfect moment has come up. Believe me...I know this all too well. 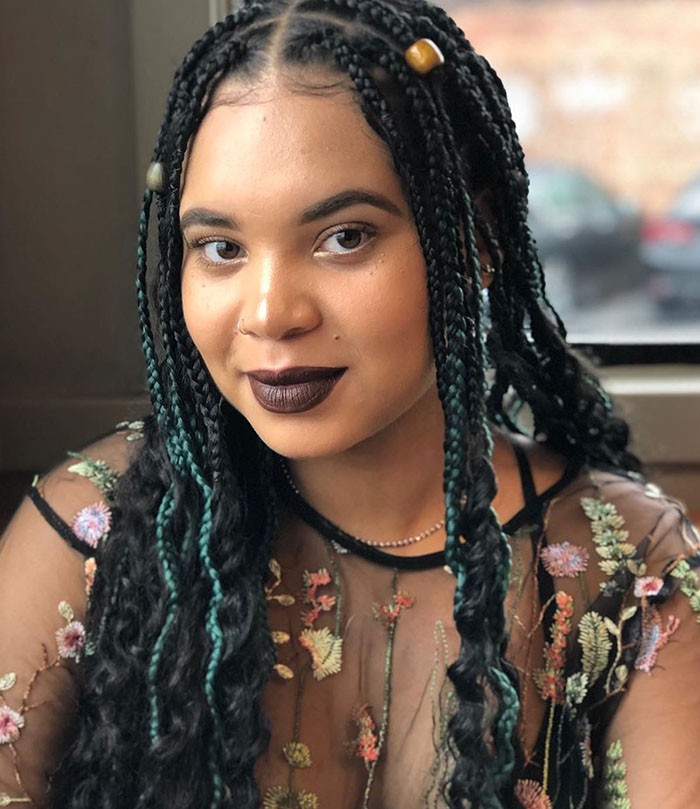 Looking back on all the struggles we’ve overcome and still endure just to be able to reflect our roots, it’s hard. I find the parallels between today’s news and my grandmother’s news incredibly disheartening. But I find joy and true magic in my hair and everyone’s in the community. Truly.

Let’s all continue to encourage, embolden, and inspire each other, this Black History Month, and onwards into our Afro-future.

Have any fun facts of your own to share that we might have missed? Let us know in the comments below, and share your thoughts as well!