An Open Letter to the Pretoria School Girls

The same adults who have been entrusted with the task of helping you grow and thrive have tirelessly attempted to tear you down. Do not let them. 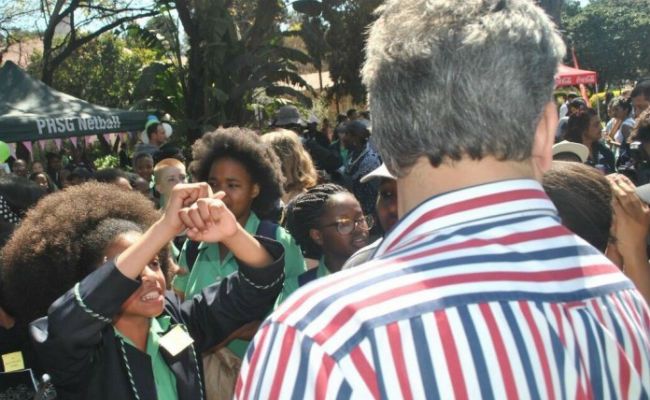 Like many others around the world, I have been following your story. After hearing your complaints, I saw your bravery in speaking out and I have two words:

There will be many who will raise their voices against you.

Some of the voices will be people who are privileged enough to have never been in a position of encountering discrimination. Other words will spoken from people who look just like you. Although this may come as a surprise, it only means that they have been conditioned to think as their oppressors. They want you to think that you are not good enough, you are not cute enough, or you are not smart enough. The same adults who have been entrusted with the task of helping you grow and thrive have tirelessly attempted to tear you down. Do not let them.

Some will say this is not about race but discipline and preparing you for life in the world of work.

We know this is not true. When did spending your downtime speaking to friends in your native tongue become an 'indicator of indiscipline'? Why is it wrong if your hair hides your hair tie or ponytail holder? That is what your hair does, naturally.

Continue to be strong; the process is not over.

Your courage will help embolden other young, black women to speak up and to be strong in the face of adversity. Your protest has done much to reignite and in some cases initiate the discussion about race in South Africa and everywhere because we know that an attack on black hair is about more than hair. You are beautiful. Black is beautiful. And being black should not subject you to naming calling, insults and unfair treatment. You are no less than anyone else.

To those who would want to accuse you of crying wolf, of playing the victim, or of playing the race card, I include this quote from your headmistress:

“We do not have a problem with hairstyles,” Anthea Cereseto, the school’s headmistress, said in an email. “We believe the hair issue is the superficial manifestation of something deeper in the country which needs to be dealt with.”

Clearly, this issue goes beyond hair.

It is clear that there is something wrong but because of your bravery, a necessary discussion has begun. You are inspirational leaders. This is how you take action and this is how you effect change. Keep moving forward because the journey will be long.