My natural hair journey started in 2009; for me I honestly wanted to stop relaxing my hair so I did. Fast forward to 2014 when we found out we were expecting our second child, a little girl. We were elated and I was overwhelmed by the fact that I would inevitably have hair to comb. If her hair was anything like mine she would have a lot of hair and it would be very thick. My husband and I had several conversations about what we weren’t going to do to our daughter’s hair. At a very young age my mom started manipulating our hair (my sister and I) from the time I can remember. I look back at pictures and as a baby, possibly one year old, I have rubber bands and things in my hair. We decided that wasn’t something we wanted to do. When I gave birth to my daughter Ariah on August 13, 2014 it was one of the best days of my life. She came into the world with a head full of hair (the heartburn told me that she would) and she was perfect.

As she got older her straight hair started to curl up. My son’s hair was totally different, he had straight hair until he was 11 months old. Ariah’s hair on the other hand started curling up at two to three months. 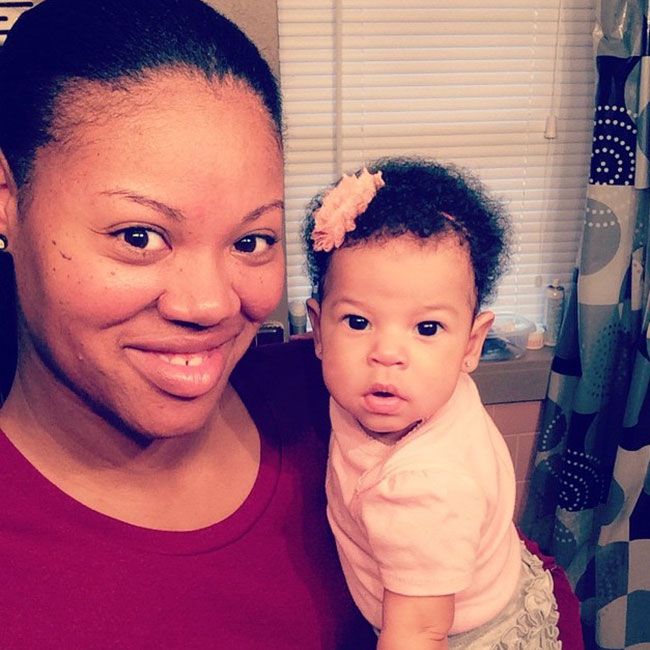 I didn’t have to put much into her hair, fast forward to 6 months I noticed her hair was getting thicker and longer. We would go places and people would say “oh my God her hair.” I have been natural since 2009 but I never wanted to wear my hair curly, I would always straighten it. After having Ariah I wanted to wear my hair curly; I wanted us to match. She inspired me to love myself the way that God made me; she was authentically herself. The way I typically style her hair is free flowing and with a bow. Wild and free just like Ariah.

One day my husband picked my daughter up from daycare like he always does. I walked in the door and immediately said what is going on with her hair? Her hair was styled with a very straight part down the middle (had to have been done with a comb, mind you I don’t have styling products for her hair anywhere but our home) and two fluff balls. Upon further examination it was determined that [her teacher] had placed two black rubber bands in my child’s hair. You know which ones I’m talking about. They were in so tight her edges were being pulled. I immediately took them down but it took around 15-20 minutes because her hair was being tangled in the rubber bands. My thought was complete shock and anger; who does another person’s child’s hair and doesn’t ask for permission?

I immediately become furious; every time I looked at my child and saw the indent of the ponytails I became angry. I kept trying to understand why she would do that. Granted I don’t style Ariah’s hair every day but to me I still felt like it was inappropriate and not her place to make that decision. In the two years since I’ve had Ariah I’ve heard so many questions about what “we're” doing with her hair or what my plans are for her hair. I don’t know why that’s any of anyone’s business but what I do with my daughter’s hair is my business. I don’t have to answer to anyone. In fact, my husband knows I’m the one that deals with hair and picking out her clothes. I feel like she’s 2 and if I want to have her wear a fro until she’s ten that’s my prerogative. My husband’s family members were the first to ask me what we’re doing to Ariah's hair, I kept trying to figure out what was wrong with it. I also had someone I knew that asked me "what, you don’t do protective styling on your hair? Well what about Ariah’s?" No. "Well are you planning on letting her wear a fro for the rest of her life?" If I so choose to. 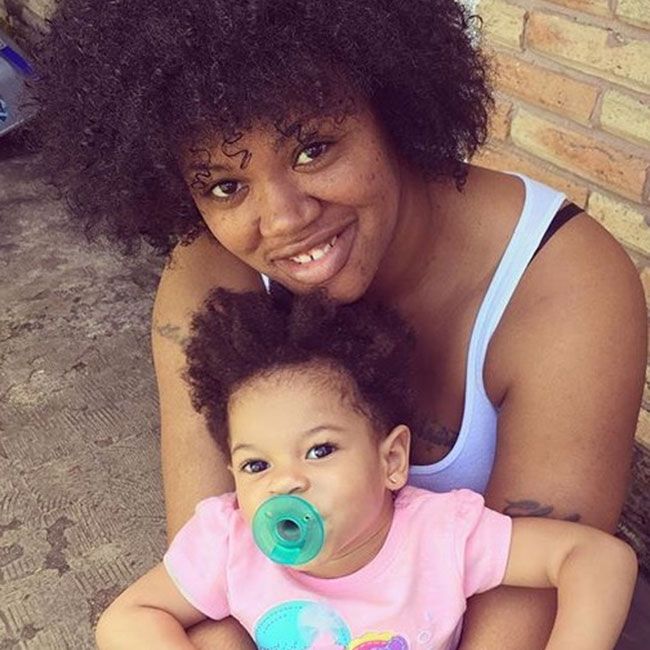 My husband felt the teacher was out of line but also felt like it wasn’t that big a deal. I however, felt like it’s most definitely a big deal. Here are a few reasons why:

What my husband, his family and countless others do not get is the story behind everyone’s natural journey. When I became natural it had nothing to do with anyone but my own preference. After having Ariah she made me want to love myself just the way God made me. I cut off half my hair due to heat damage in order for us to embark on this journey together. My hair was to the middle of my back! I take this very seriously. I don’t want Ariah to not love herself or allow other people to dictate how she feels about herself and her hair. My husband did feel that this was something that should be addressed to the teacher herself. I’m not saying she didn’t have good intentions but that will forever be ingrained in my mind. It’s frustrating when you feel a certain way about something and people tell you it’s not that serious; it is to me. 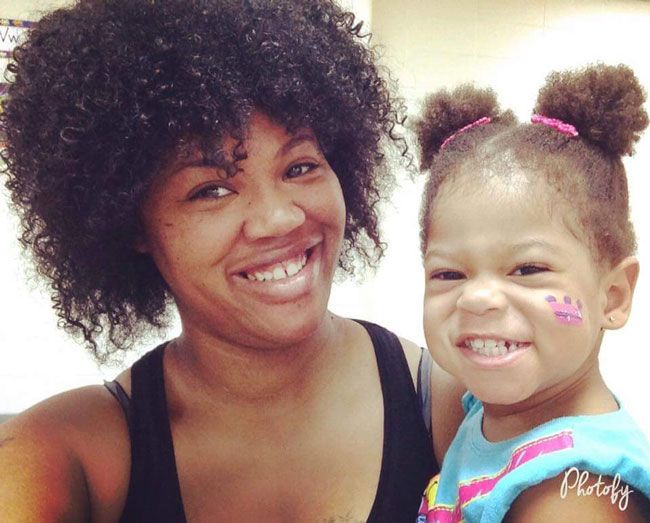 Has this ever happened to anyone else? If so how did you handle it?

Thank you so much to our reader, Joy Tucker, for submitting this story to us!

Want to pitch your story to NaturallyCurly.com? Shoot us your idea here!