These Daddies Do Wash Day On Their Daughters' Curly Hair

Washing, treating and styling curly and natural hair can be challenging enough for ourselves, so imagine what adding another person to the wash day routine would feel like! Ladies, don’t underestimate your partner when it comes to dealing with your children’s natural hair. We have been conditioned into thinking that the mother is the best out of the parents to deal with hair care in the household but these daddies have proved us all wrong!

In honor of Father's Day, check out the below super dads that can combat wash day in any household!

The daddy and daughter duo that have captured the hearts of their over 700 thousand followers for a few years now! Daddy Mike posts videos and photos of his sweetheart Asia who sports a cute and outgoing personality. Their daddy daughter dancing and hair care routines have gone viral and makes us admire Mike’s love for his daughter. One of their latest haircare videos features Mike trying out the straw method to create perfect uniform curls on Asia’s hair, impressive!

Tyrese Gibson, R&B legend, Hollywood movie star and best selling author! Has mastered the art of social media and often posts positive daddy and daughter visuals. Known for his motivational rants, he gives his daughter the cutest self-love lessons. We love this one video in particular where Tyrese takes a shot at doing a high bun on his daughter’s hair. 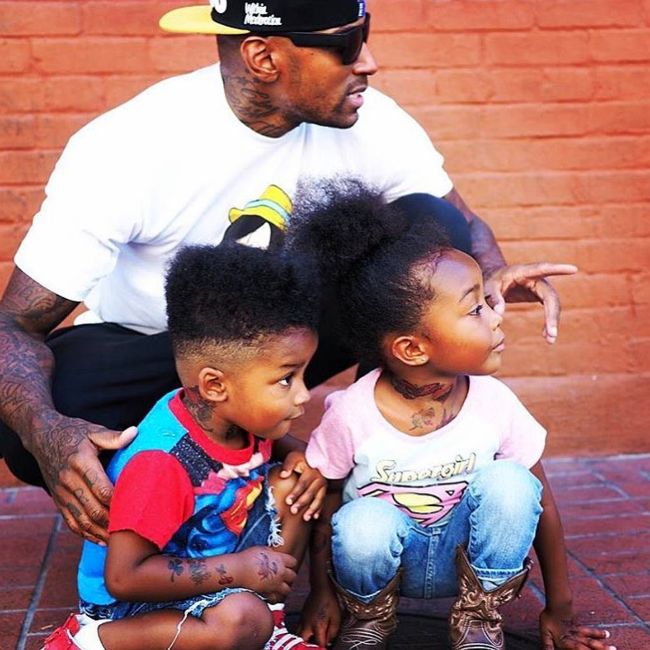 A page dedicated to 2 toddler siblings Zara and Levi, managed by their father, who often features hair tutorials with the kids. The cutest video is when daddy managed to detangle and style 2 pigtails on natural hair, with the help of his daughter (who kindly gives him some directions -- what a great role model!

This full time daddy of 2 kids is another inspiration and should be celebrated this Father’s Day! Watch as this father combs, heat protects --smart man! --and straightens his daughters hair. Wow just when you thought it was hard enough doing your own hair.

Doyin Richards went viral on the internet after posting a photo of him holding his youngest child in a baby carrier while doing his eldest daughter's hair -- multitasking at it’s finest! Receiving both positive and negative reactions, Doyin was so inspired by the great feedback he gained from the internet that he decided to create a page that celebrates not only his work but fathers all over the world that are too “Doin’ Work."

Thanks to social media we have seen more and more fathers caring for their kids hair going viral meaning more positive images of dads and single dads not just taking care of their daughters hair but also their self confidence. Give the above fathers a follow for weekly inspiration. Let's remember to celebrate all of the active daddy’s out there, this Father's Day and every other day!