This Girl Was Pulled From Class For Having "Poofy" Hair 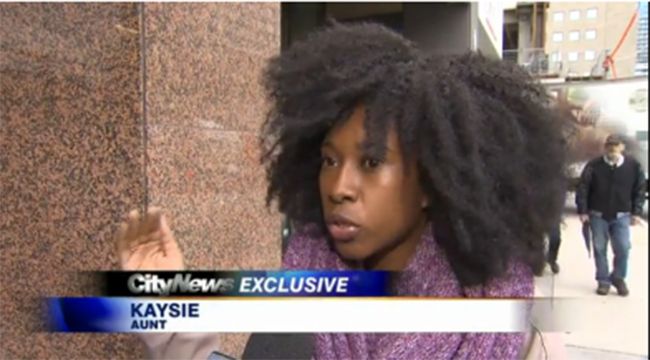 When Kaysie Quansah offered to give her niece crochet braids, she didn't think it would result in her having to take a trip to the principal's office.

Amesbury Middle School principal Tracey Barnes told an eighth-grader at the Toronto school that she needed to put her hair up, in turn making the girl call her mother while bawling. Barnes, who is a black woman, used the words "too poofy" and "unprofessional" to describe the student's hair and appearance.

The girl, who has yet to release her name publicly, was usually seen with her hair either braided up or pulled back. According to sources, she was ejected from her class in the middle of a lesson for no apparent reason. "I didn't see what the big deal was about my hair because it wasn't bothering anybody," she told City News. "I was just doing my work, so I didn't see why I had to be pulled out of the class."

The girl's aunt wrote a lengthy Facebook post directed to Barnes, stating her frustration and hurt toward the punishment:

My sister was then called and told that my niece's hair was too poofy, unprofessional, that no one would hire her with hair like that, and if she were working in a store, no one would buy anything from her... As I write this I am fuming, I am hurting, I am crying. This ignorant principal demonstrated firsthand the heartbreaking ideals of beauty that are forced on our little dark skinned black girls on a consistent basis. My heart is breaking for my niece and all the little girls like her who already know that there is an unspoken ideal for 'good hair', who already know that the darker your skin, the more undesirable you are lead to feel, that people will automatically write you off because of the way you look.

While the director of communications for Toronto District School Board, Ryan Bird, can't comment publicly about this developing story, he assured a Huffington Post reporter that "the school and superintendent are following up with the family to address any concerns they may have." In the school's current dress code, hair is not mentioned at all.

Quansah brought her in-depth Facebook comment to an end with this: "TRACEY BARNES love yourself, and allow my niece to do the same." Supporters--parents and teachers alike--have chimed in on Amesbury's page with similar thoughts toward the principal's actions.