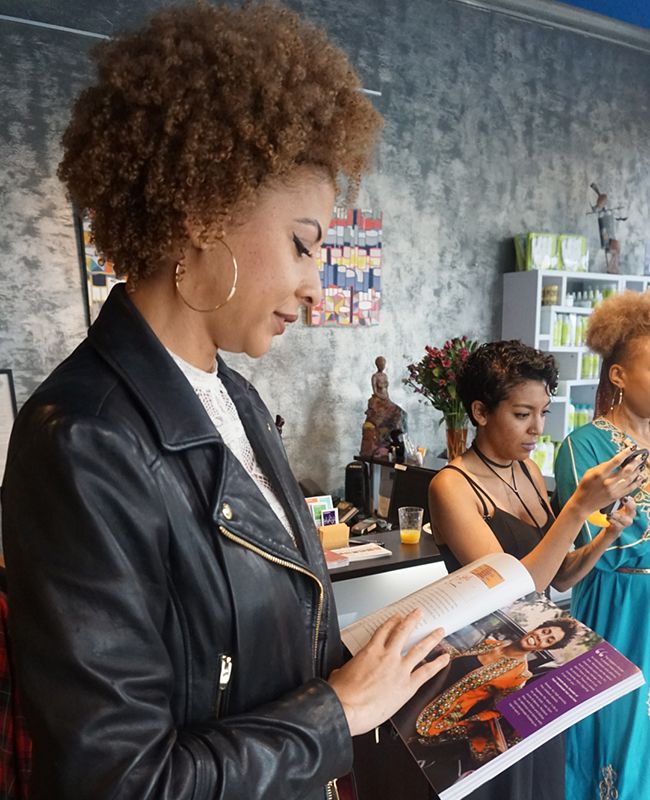 I grew up in the San Francisco Bay area, and even though I moved away more than 30 years ago, I left a piece of my heart here. So it was wonderful to hold the fourth stop of our book tour for "The Curl Revolution: Inspiring Stories & Practical Advice from the NaturallyCurly Community" at MaduSalon, one of California's top curl salons. 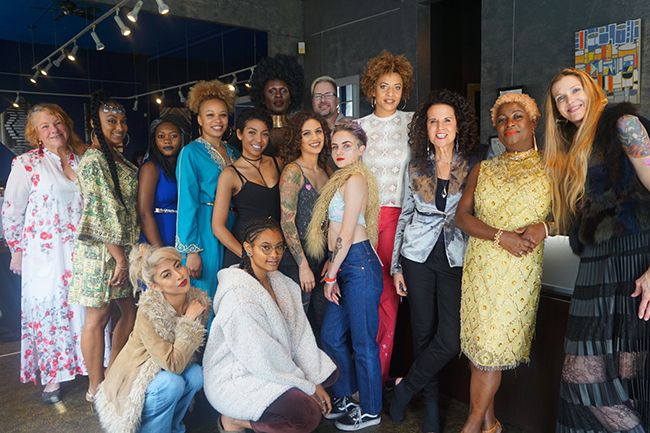 Then the doors opened and the curlies started arriving from from all over the Bay Area. When a reporter from the San Francisco Examiner - with shoulder-length 3b ringlets – arrived to cover the event, she told me she had been thrilled by the press release because she couldn't remember ever hearing about a curl event in San Francisco. She spent more than an hour wandering around the salon and interviewing people about their curl stories. And then there was a woman who came in with a copy of a newspaper listing about the event, wanting to know if MaduSalon could perm her straight hair because she wants curls. 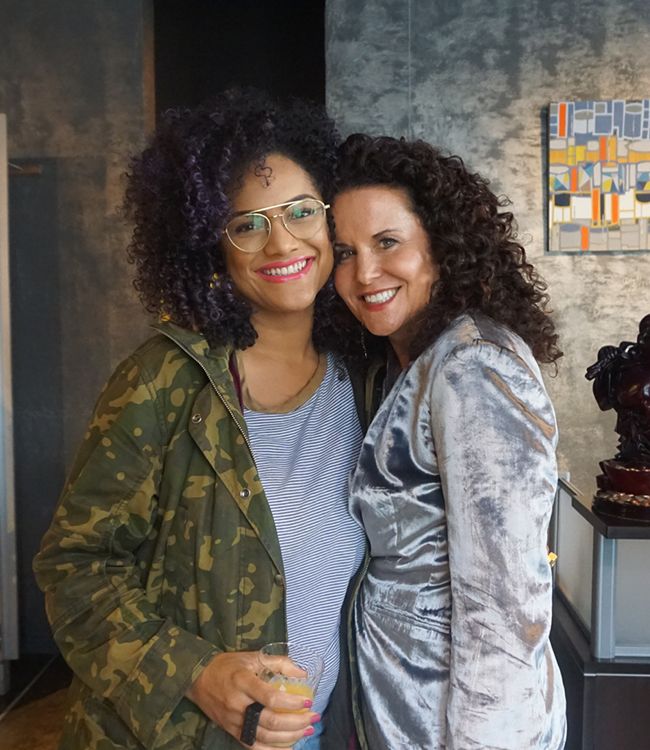 There were plenty of my curl favorites, including Cassidy Blackwell from FORM, Jessica McGuinty from Jessicurl, influencer Ashleigh Reddy of @stayreddy (who was at Texture on the Runway) and many longtime NaturallyCurly community members. Some, like Sherri Koster, have been coming to the site for more than 15 years! Longtime reader Mei Li shared her story of using NaturallyCurly as her number one resource when she transitioned in Korea 10 years ago.

There were several people who appear in the book, including Iyore Olaye, who flew from California to New York to get a Big Chop from Anthony Dickey. A year later, she said she can't believe it took her so long to go natural, and that being a part of The Curl Revolution has already impacted her life profoundly.

I met Valonne Smith, stylist and owner of Natural Do Salon, who asked if we could host an event in her city – a city an hour and a half to the southeast in the San Joaquin Valley. "It's a city hungry for some curl love," she said. 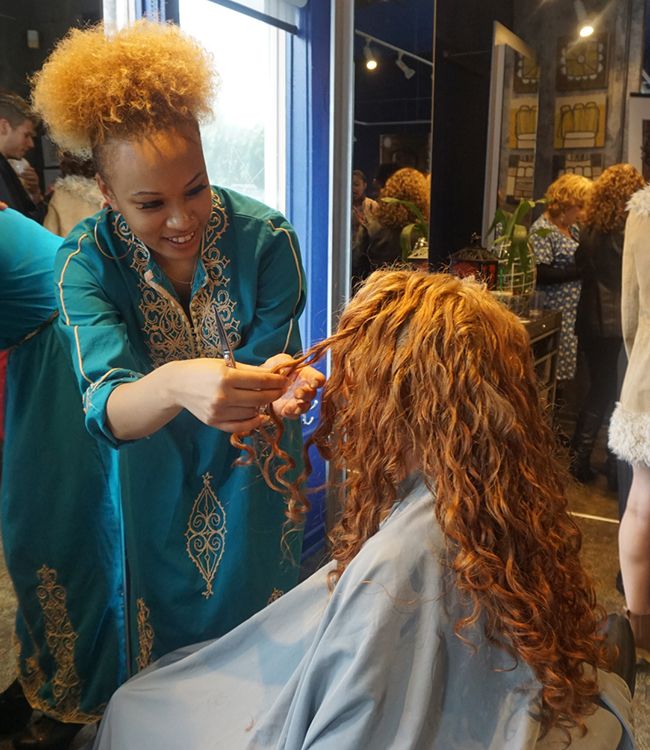 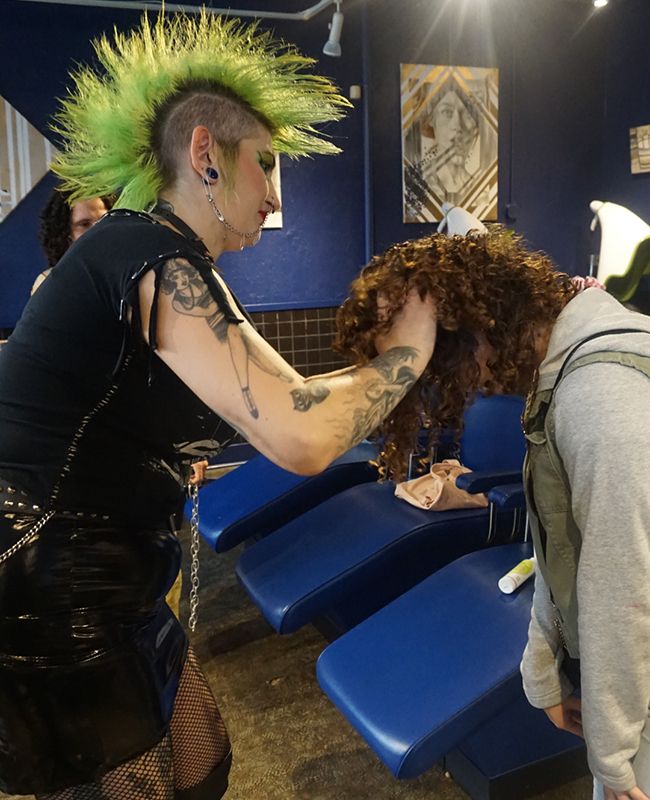 Not only did attendees have a chance to share their journeys with us and get tips and even trims from the stylists, but they were also swapping Holy Grail product combos with each other, commiserating over bad haircuts, and discovering what it feels like to be surrounded by like-minded women; "I've finally found my people," the Examiner reporter told me.

For those who don't already know it, it was a chance to tell the NaturallyCurly story and credit some of the pioneers who got us to the place we are today. It was also a chance to give them a sneak peek of some of cool changes that will be happening on the site, including a completely overhauled CurlTalk.

Most of all, it was another reminder of why we do what we do, and how important our community is to us.

Thank you to the brand sponsors who have made this tour possible: Ouidad, DevaCurl, Paul Mitchell, As I Am, CurlFormers, Aunt Jackie's and Coconut Restore.

See you in Fort Lauderdale on Thursday!

You can order "The Curl Revolution" now from SHOPNaturallyCurly for 20 percent off with the coupon code: CR20. 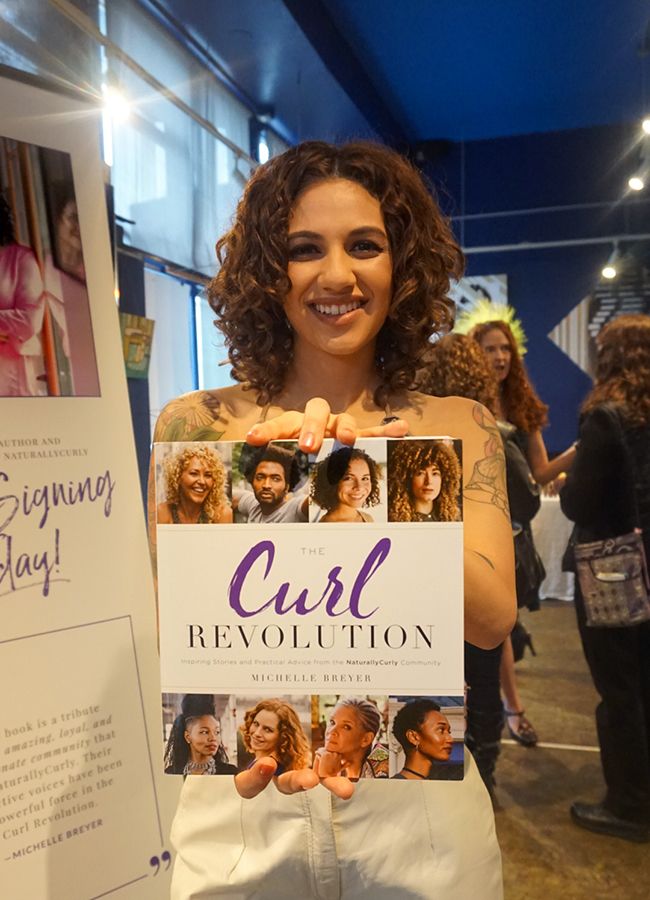 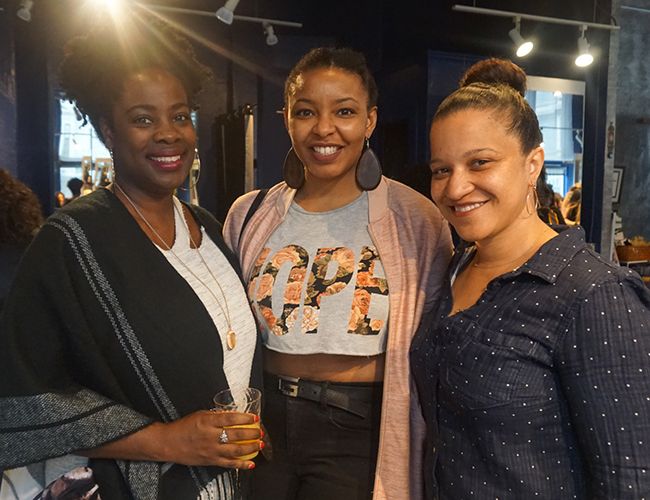 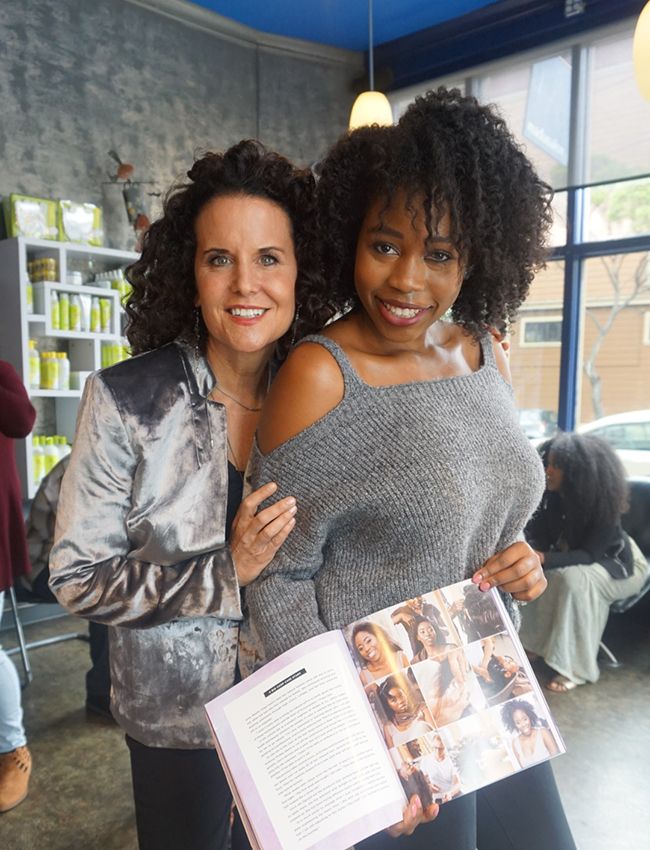 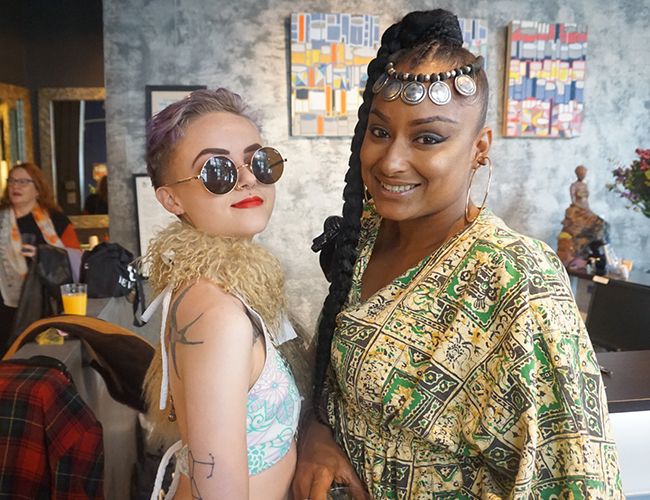 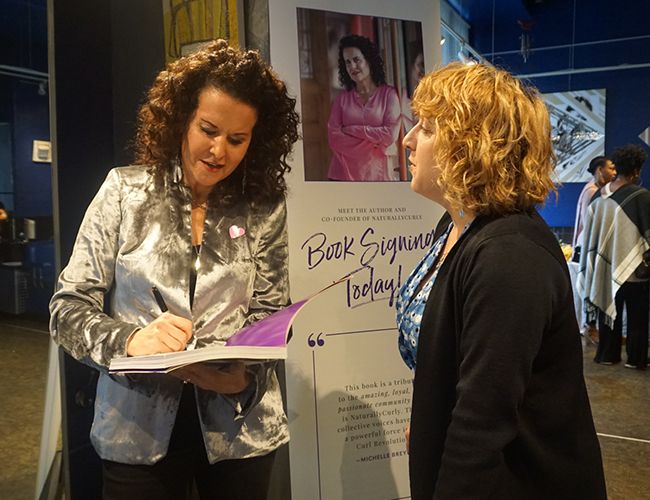 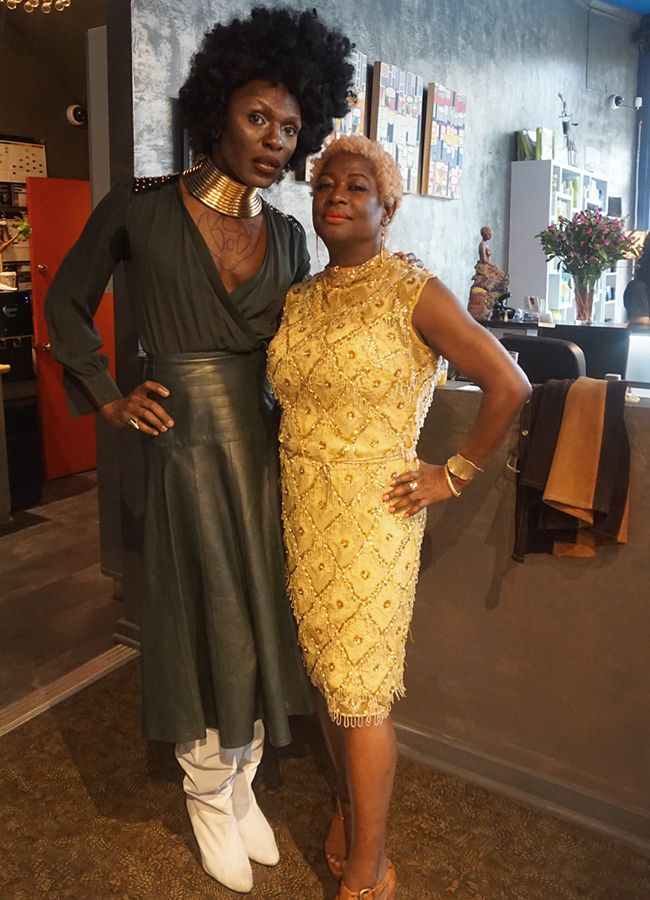 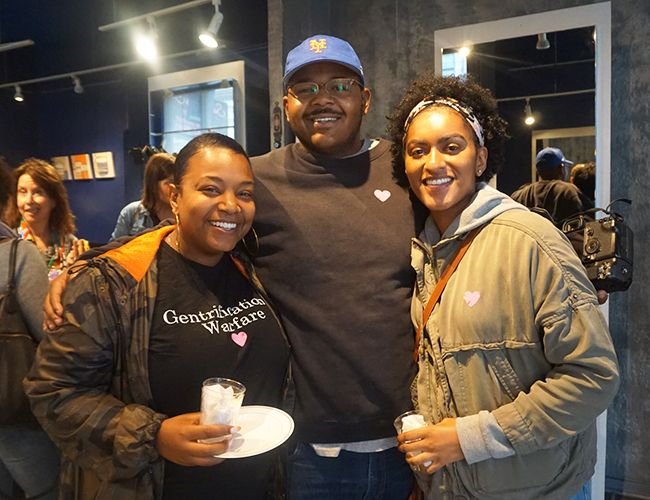 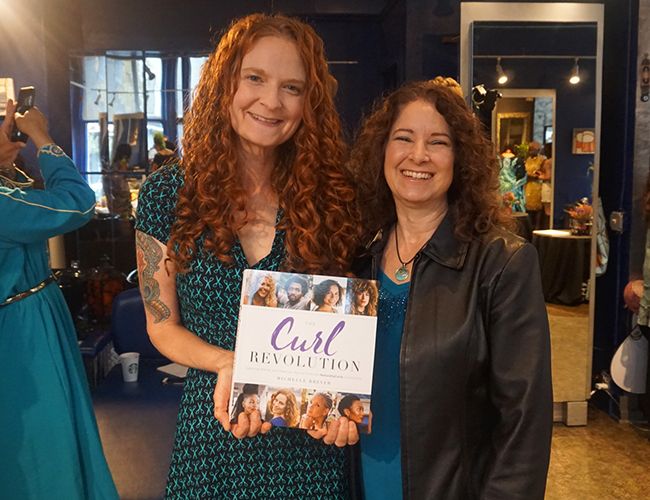 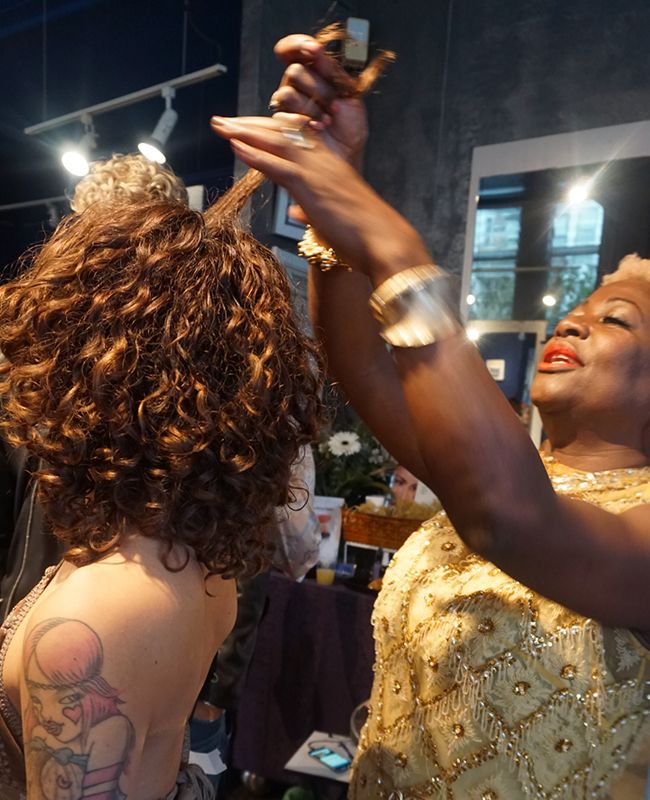 Here is where we'll be next:

We can't wait to meet you and hear your story!