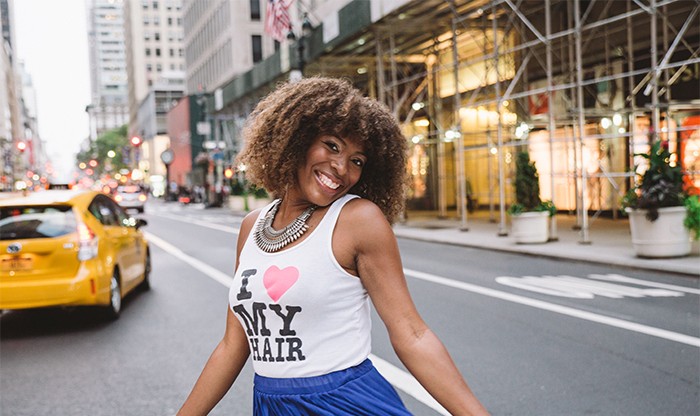 Something that’s awesome about subscribing to various YouTube channels is that it gives you the opportunity to watch the evolution of vloggers. Someone I’ve been paying attention to for about a year now is Sadora Paris. She’s a beauty vlogger who provides tips on hair, make-up and even fitness from time to time.

I discovered her because one day she showed up in my suggestions feed. She held my attention thanks to her very down-to-earth approach. She literally makes you feel like you’re talking to a friend on the phone.

Anyway, something that I noticed she kept mentioning in her videos was a hair oil that she started in a kitchen and expanded into a lab. The reason why I was interested in trying it out is because for years, I’ve had a small thinning spot on my right temple. Between her saying that the oil was infused, the footage that showed her own hair growth and some of the reviews I read from her customers, I decided to give Cheveux Noirs (that’s the oil’s former name; it recently been changed to GS by Sadora) a shot.

A 2 oz. bottle ran me $24.95 which honestly isn’t bad considering all of the ingredients that it contains including olive oil, fenugreek extract, sea moss, hydrogenated castor oil, gooseberry seed extract—and that’s not even the (literal) half of it! 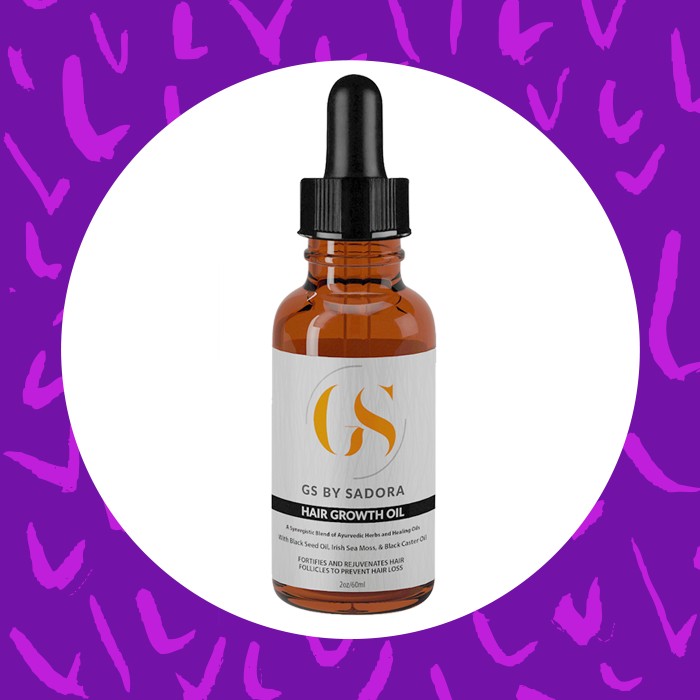 What I like about the oil is that it has a mild scent. It’s also not super-thick so it penetrates my scalp and hair shaft quickly and easily. It also seems to be the kind of oil that adds some elasticity to my hair, too, which is always a good thing.

As far as my thin spot? I used the oil twice a day for two months and honestly, it’s hard to say if the oil played any direct role in my hair getting thicker in that area or not. I say that because around that time, I also started taking a boatload of vitamins, drinking plenty of water and using rosemary castor oil on my hair too. Personally, I think it’s the combo of everything that’s helping to heal my hair follicles in that area, which is why I’ve been hesitant to invest in another bottle.

Still, I am on Sadora’s mailing list and I can personally vouch for the fact that she’s consistently running out of her oil, plus she’s got some pretty impressive testimonials.

So, what’s my bottom line on this particular product? If you’re looking for a hair oil that is light, packed with great ingredients and you’ve got $30 to spare, give it a shot. At the very least, you’ll like how it makes your hair feel.

But if you’re looking for an oil to specifically restore a bald spot, I’m not totally convinced that only an oil can accomplish that. Taking a multivitamin, keeping your scalp clean, massaging your scalp, eating leafy greens, exercising and drinking lots of water—all of these things play a role in healing your hair follicles and restoring hair loss (and even with all of this, you still may need to visit a dermatologist).

All in all, I don’t think there’s a miracle cure for hair loss. But as hair oils, in general, go, this is a good one to try.

Just make sure to use it sparingly. You can use a couple of ounces in a week if you’re not careful. (Don’t say I didn’t warn you!)