Do We Need A Texture Scale? Textured Hair Professionals Give Their Insights on Hair Typing 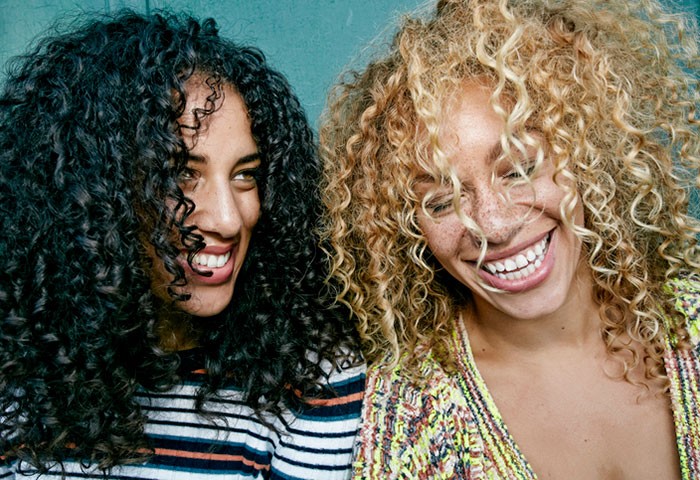 When describing curl patterns, people with textured hair commonly throw around combinations of numbers and letters as a baseline introduction to their curls. Similarly to how a person might describe their personality type on a first date, combinations like 4A, 3C and 2B, for example, can lead naturals to better understand their styling and product options on a rudimentary level, and help them to explain their hair to others. And because the 1A-4C scale has become a widely-accepted industry standard when discussing hair, it’s important to review where all of this hair labeling began, and why? And what other hair characteristics are relevant to the modern-day discourse on healthy hair?

For some perspective we caught up with curl expert, author, and NaturallyCurly Co-Founder Michelle Breyer, and hairstylist, educator, and texture expert April Kayganich to hear what they each had to say about their experience with hair typing, and their opinions on its place in hair care.

The Origins of 1A-4C and the NaturallyCurly Texture Typing System

In the 1990s when relaxed and straightened hair still reigned supreme, Oprah Winfrey’s hair stylist Andre Walker created the first 1A-4C chart to assist consumers in purchasing from his product collection. The four categories, straight (type 1A-1C), wavy (type 2A-2C), curly (type 3A-3C), and coily (type 4A-C) not only helped to market his products, but it coincidentally solidified a new language to be used when describing hair that is not straight–a language that NaturallyCurly expanded upon with its own revised Texture Typing system.

For Michelle Breyer, it all started with a need for more information and better language to use when communicating online. “When we started in the beginning, the discussion board CurlTalk was a major portion of the site,” Michelle explains. “So it was about trying to get a feeling for what people’s hair looked like. In 1998, the only one that existed was Andre Walker’s system, but it was very basic, so there was a need for it. When we first started, there was such a void when it came to the language around curly hair. So we were pioneers at a time when people were looking to talk texture, giving language to the curly experience.”

The NaturallyCurly system uses 1A-4C from the original system to describe curl patterns, but it also added the elements of porosity, density, length, and width of hair strands to allow people with textured hair to get a clearer picture of what their hair requires and to build a more personalized hair-care regimen, as detailed here in Michelle’s book and how-to guide for the curly experience.

Andre Walker’s hair chart and NaturallyCurly’s hair typing system can both be beneficial if used correctly, but it’s important to remember that hair typing has limitations and should be used as one of many tools to loosely inform the decisions a person makes concerning their hair, and not a strict set of rules to be followed.

“It’s beneficial as a starting point,” Michelle says. “It helps you narrow the universe of products, of things that may or may not work with your hair. As curly hair education evolved, some of the other attributes became much more important. For me, porosity is so much more important than my curl pattern. I may have much more in common with someone based on things like porosity and density.”

While some textured hair experts still find hair typing to be useful in some respects, others like April Kayganich find it more helpful to avoid it altogether. “In my opinion, I don’t really care to use the texture scale when I am working with clients,” April tells NaturallyCurly. “I don’t think it is useful for healthy hair care because that curl pattern doesn’t determine what products should be used. I actually have seen how it can do the opposite, because it isn’t about how the hair looks–it is about what it feels like… it is all curly to me. When I talk about texture, I mean fine, medium, or coarse hair.”

Particularly when choosing the products to use in your regimen, April also adds that porosity is a huge factor when caring for her clients’ hair. “We should pick products based on if the hair is fine, medium, or coarse, and by the porosity of the hair. I definitely see it as a barrier as I have had clients come in with tight coils that feel their hair is weighed down and still dry, and that is because their products were based on how the hair looks, rather than how it feels. That is why so many people wonder why a product they have seen used on their favorite Instagram or YouTube influencer didn’t work for them even though ‘their hair looked like mine’.”

Why Hair Typing Is Controversial

Texturism can’t be separated from the conversation around hair typing. With the favoritism for looser and smoother curls already presenting as an issue within the natural hair community and society at large, some naturals feel as though the 1A-4C scale starting with straight hair and ending with kinky coily is an unnecessary ranking that encourages discrimination against afro-textured hair and encourages Black women with kinkier hair to want to manipulate their curls to be looser. Not to mention Andre Walker has allegedly made some dated and off-color comments in the past with regard to Type 4 hair. And let’s not forget the texture and styling of Black hair has real-life repercussions, even at school and in the workplace.

To this point, Michelle makes it clear that NaturallyCurly’s system had the unique opportunity to foster a sense of community and camaraderie on the forums, not to divide. “There was a time where it became an issue where there were negative connotations with having Type 4 hair. So in the sense that it can divide people, that was never the intent,” she explains. “If anything, it was supposed to bring people together and create that language where you could talk and communicate and help one another. The other thing that came out of that was that people realized that they might have much more in common with someone who doesn’t look like them based on their hair attributes.”

“You have different methods, different ways of learning, and different opinions on how to care for hair, and that is okay,” she tells us. “Just because I do not subscribe to what one stylist is saying, doesn’t mean it is wrong.” - April Kayganich

We polled the NaturallyCurly Instagram community to see what you think of texture typing, and 54% responded that they find it helpful, while 46% responded that they don't. But if there’s one constant truth about textured hair, it’s that no single method, tool, or technique will work for everyone, and April believes differences of opinion will always exist no matter how hair care evolves, and that the texture scale is here to stay. “You have different methods, different ways of learning, and different opinions on how to care for hair, and that is okay,” she tells us. “Just because I do not subscribe to what one stylist is saying, doesn’t mean it is wrong. If you look at a strand of curly hair, you can see the coil or the curve of the hair and the more coily it is, the hair can tend to be more dry…but I think as long as people understand how to maintain healthy hair, and more importantly, their [own] hair, whether or not they use the scale shouldn’t matter.”

How important is hair typing to you in your hair care process? What other characteristics do you find helpful to know to better understand your hair?