3 Transformational Hairstyles To Bring Out Your Alter Ego This Year

Right around this time, a couple of weeks after wearing that sizzling hot sequin dress at the NYE party to bring in the new year, gravity seems to set in, and my ego is shot. The current challenges at the beginning of this year seem like the same ones I tussled with last year. The nostalgia of my new gym membership and commitment to a six pack begin to fade like a Lil Boosie haircut. And I seem to lose momentum on all of the new goals that were to catapult a new me. This is the time where I pull out my go-to bright orange book by Mark Manson titled "The Subtle Art of Not Giving A F*@!"

For some reason, giving Zero F's is the edge I need to continue attacking my goals for the new year. It's a great way to boldly renew the excitement, and it requires establishing a new renegade alter ego to level up. I call mine "Mizz Bad & Boujee Gucci Clark." You have one too! Give her a name and let her run wild because this fearless persona is your ultimate plug to pursuing all your dreams. She is the epitome of living out your best self. She showcases your rawest and purest expressions. She can be called on to show up and show out on-site, and her ultimate form of expressing uninhibited beauty and confidence is a transformational new hair slay!

We should never feel guilty about pushing the reset button on our approach to whatever we want in life. To pursue more, we have to care less and give zero Fs about a lot more. And there's nothing like a bold introduction to your new alter ego than a fierce new transformational hair look near the beginning of the year to put everyone on notice. Most importantly, you go at it with your ultimate rival whose beauty you compete with every day… in the mirror.

So my primary recommendation to transform your look to renew a new you is "DO THE REVERSE!" I'm talking reverse like Diddy driving getaway with Biggie in the Hypnotize video. Go with a new look that is all the way left if you're far right and vice versa. As Will Smith said, "The best things in life are on the other side of fear." Thus, the best alter ego in life is on the other side of our current hairstyle we've been complacent with. 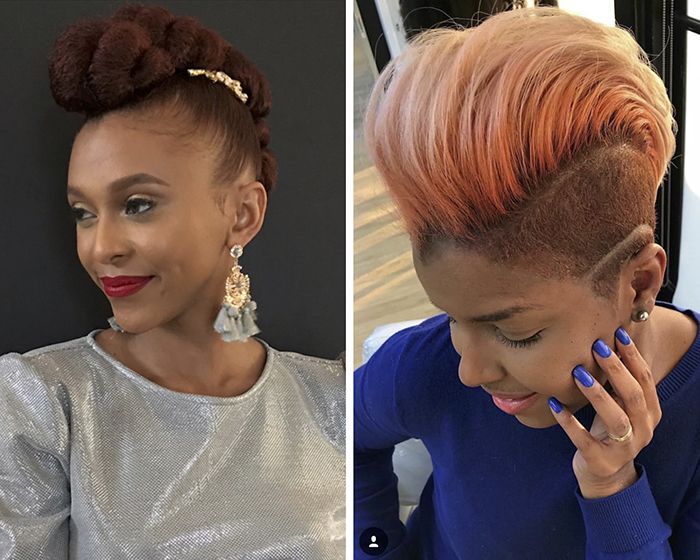 If you have a classic style, go sassy. A great way to do this is by adding a new exotic color like blorange or anything cute and flirty that works for you. Semis and demis are great ways to try it out without a permanent commitment. Then turn that bob into a fro-hawk as your alter ego yells #YOLO. On the flip side, if you've been going hard with hot colors and edgy curly styles, give them that classic bob or a straight, elegant updo to let them know you're still the ultimate lady. 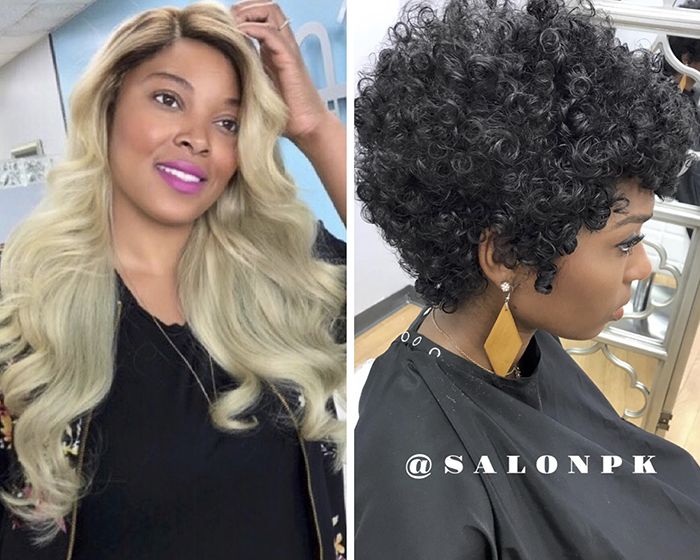 Long hair don't care, short hair don't stare. Neither one is boring if you change it upon them. There are very few things as sexy and bold as when a woman with long hair shows up with a hot vintage Halle Berry/Nia Long pixie. And what's just as shocking? When Halle or Nia walks across the red carpet with long hair all the way down their back.

So if you're wearing your hair long, try a fierce cut with some millennial flair! I know women over fifty that looked so good when they cut their hair, shaved their sides, and laced it with a bad girl part. And if you're wearing your hair short, it's so much fun playing in the world of extensions. Whether it's Brazilian wavy or the Salon PK True & Pure Texture Layla Curl…you can play with all the Rapunzel volume and length that you want. 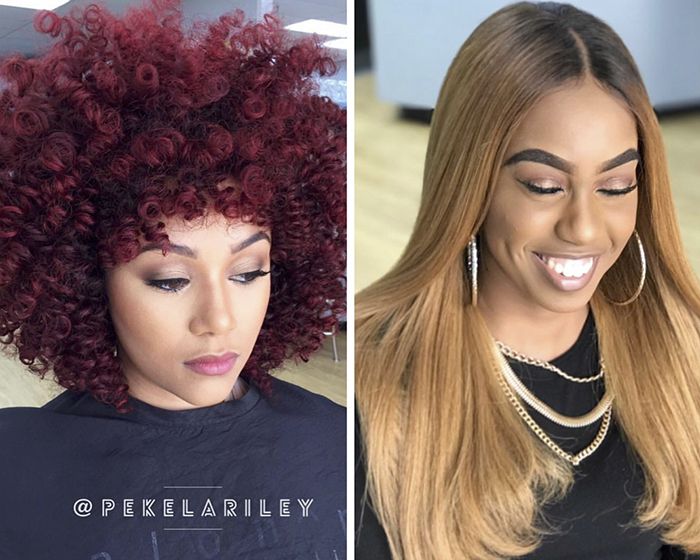 For my naturalistas that have been going strong pledging sole allegiance to the natural hair movement flag for a year, or even over five years - you've already proved to the world that your texture is beautiful. There is no shame in trying out a straight look and allowing your pre-big chop alter ego to make a cameo appearance in 2018. Try going from Kinky-Curly to Blow Out.

And if you've been keeping your hair straight, but you've been watching Issa Rae blow up while embracing her texture along with so many other sistas, seek out your own natural hair journey to curl out and win back your own Lawrence…or make him super jealous!

Last year was another amazing year for natural hair. Everywhere you looked, from mainstream commercials to NY Fashion Week, natural texture was front and center. This will continue…for some. But whereas 2017 was a year for discovering ourselves through our hair, in 2018 we are owning our truth. Which means many of us have realized the popular natural hairstyles we've seen on our favorite bloggers, may not be the best looks or maintenance regimens for some of us. And we're ok with that.

So we'll begin seeing a lot more straight hair and an array of style diversity. The most recent industry sets I've worked on have been a beauty royal rumble mix of natural and straight hair. In 2018 no one hairstyle will monopolize the market. Bobs, extensions, kinky-curly, tex-lax, braids, wet & gos, and even full straight relaxers will all have at it.

The main question will be which one will your very own Alter Ego choose to slay? Whatever style it is, don't fight it….own it! Let your very own "Mizz Bad & Boujee Gucci Clark" command a new hair look for a new year you! #2018DoYou