Why Everyone's Talking About Texture On the Runway 2017

This year at NaturallyCurly's Texture On the Runway, powered by Sally Beauty, six trendsetting innovators in the textured hair industry took to the catwalk to change the way women are represented at New York Fashion Week.

If you're a lover of beauty and fashion then you've likely followed or been exposed to coverage of fashion week. In scrolling through the photos you might have gotten the distinct feeling that fashion week wasn't about you. The straight hair, the impossibly tall, lithe bodies, the impractical shoes, they don't apply to the majority of us. 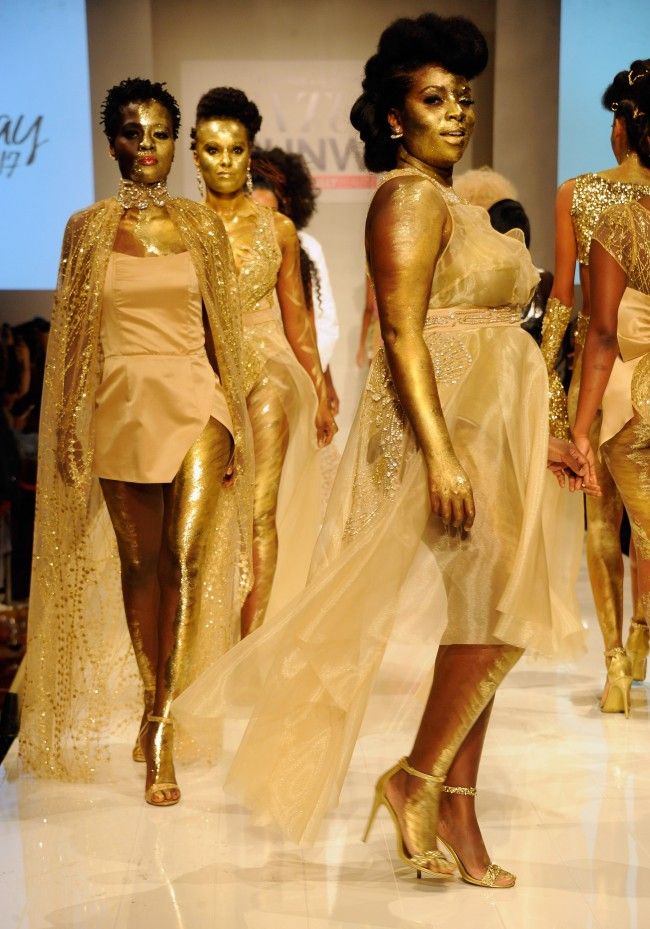 Miranda Priestly, played by Meryl Streep in The Devil Wears Prada, famously disagreed when she said "Oh. Okay. I see. You think this has nothing to do with you. You go to your closet and you select... I don't know... that lumpy blue sweater... But what you don't know is that that sweater is not just blue, it's not turquoise. It's not lapis. It's actually cerulean. And you're also blithely unaware of the fact that in 2002, Oscar de la Renta did a collection of cerulean gowns... And then it, uh, filtered down through the department stores and then trickled on down into some tragic Casual Corner where you, no doubt, fished it out of some clearance bin." Why do we have to wait for fashion and beauty to filter down through mass retailers and publications before they are relevant to us? Why can't we see ourselves represented on the runway from the get go? These are questions NaturallyCurly Co-Founder Michelle Breyer had when she was covering fashion week as a journalist. 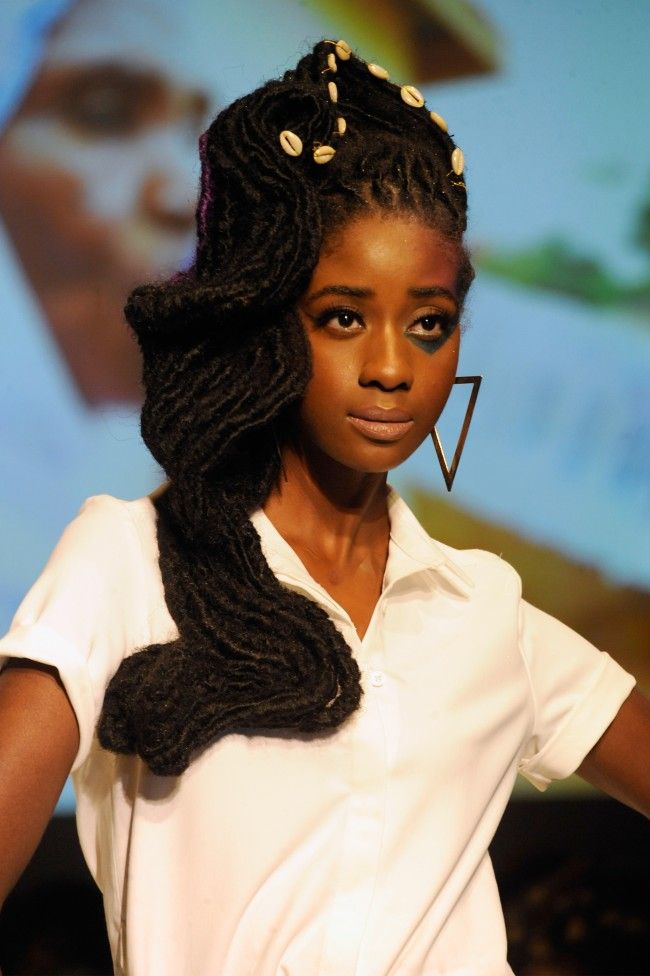 "I would go to show after show and I would see the same thing on every runway, basically some variation on straight hair parted down the middle, straight hair in a bun, straight hair in a ponytail. But there wasn't anyone who looked like me or our community. It represented a small sliver of the population and only one standard of beauty. So I came back to the office and said 'why don't we do our own show? It'll be all about texture, and we'll do it during fashion week.'" Texture On the Runway was born, and initially reactions were mixed. "People thought we were crazy, they said 'there's no way you're going to get people to come to a show about hair in the middle of fashion week.' But as it turned out we had people lined up around the block, excited to see something completely different and to see curls, coils and waves finally celebrated. And hairstylists were excited because they got to dictate the styles rather than designers telling them what they had to do."

What started as a presentation on textured hair has grown exponentially, each year topping the last. "It's kind of become almost a competition among the brands to see who can outdo each other," Breyer says. "Now I feel like it's become a more complete entertainment event, each brand is bringing something bigger and more exciting to the runway. We're seeing men, kids, tap dancers, singers. It's unlike any other event during fashion week." 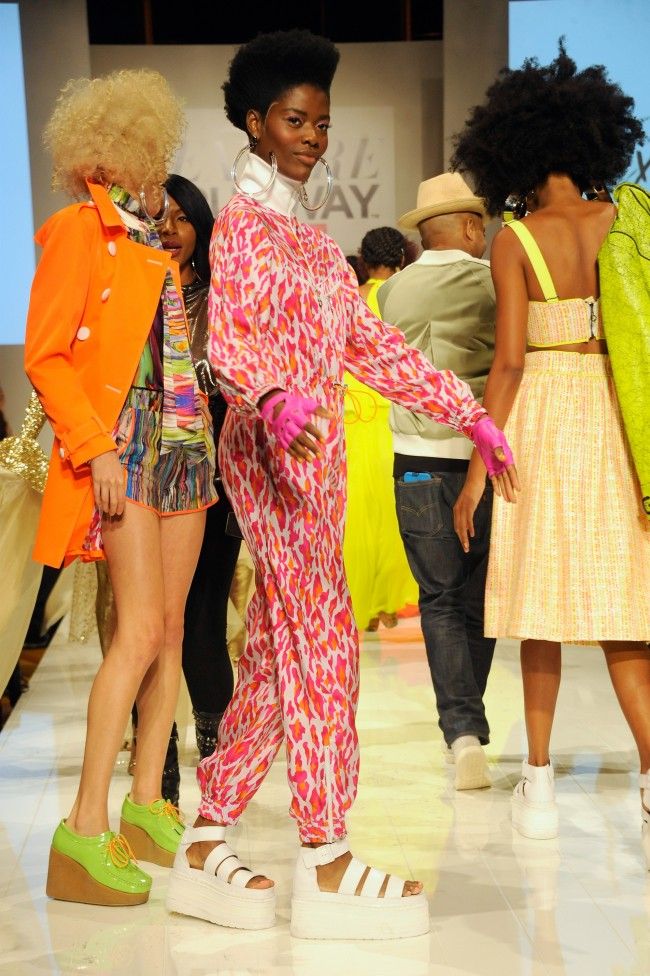 This year, teams of brands, hair stylists, wardrobe stylists, makeup artists and models teamed up to creatively collaborate around their chosen theme. Cantu took us on a trip fit for the whole family, Carol's Daughter paid homage to the birthplace of the brand and Lisa Price, Brooklyn, Creme of Nature showcased what makes us supernatural, Curlformers served up bohemian chic flower power, Mielle Organics channeled Cranes in the Sky, and SheaMoisture gave us the Braid Revv-olution. All of the brands are available at our retail partner, Sally Beauty. 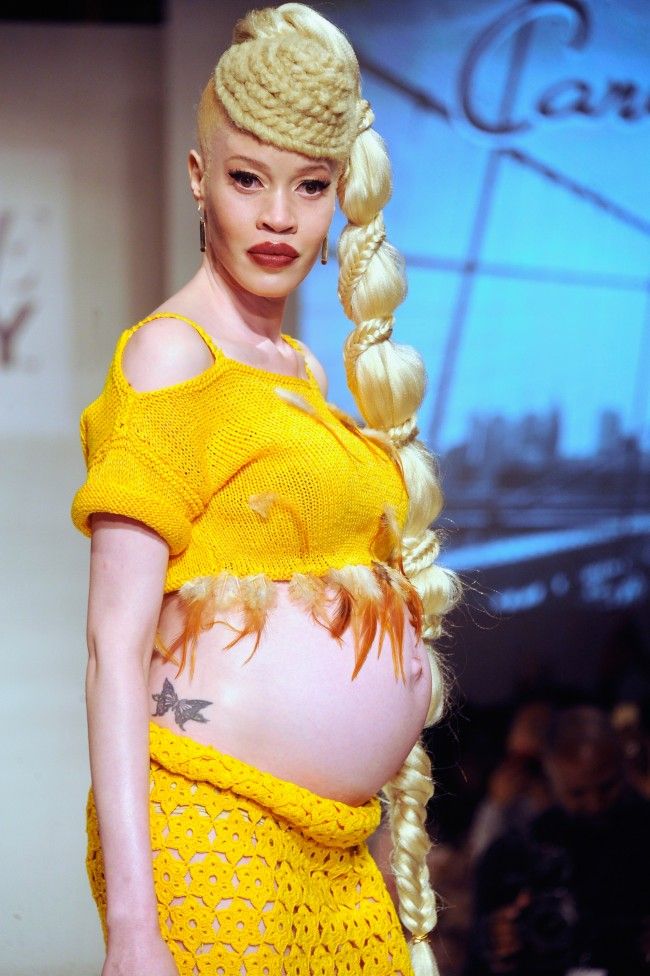 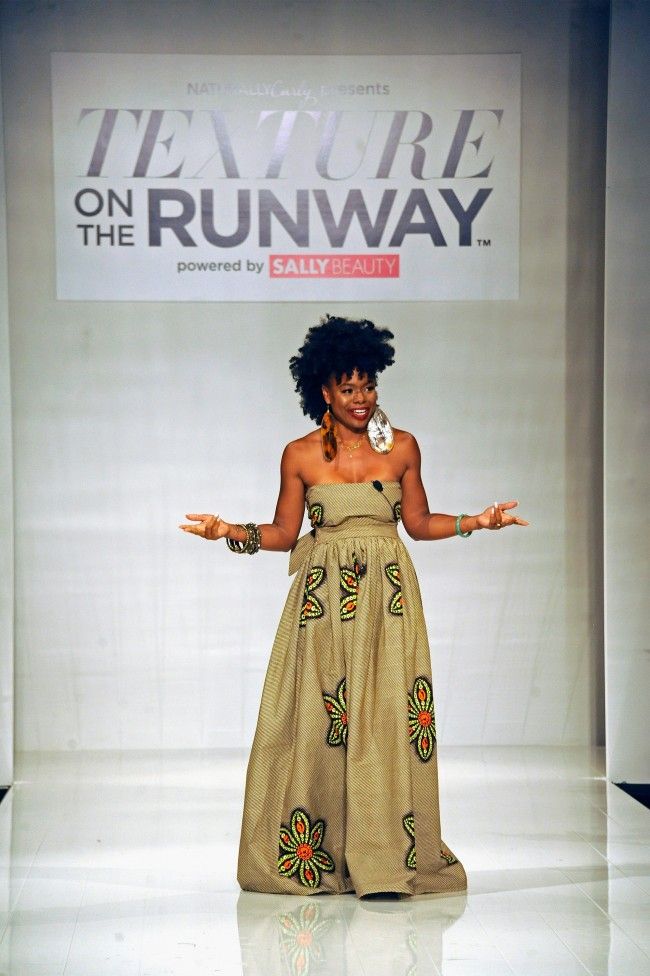 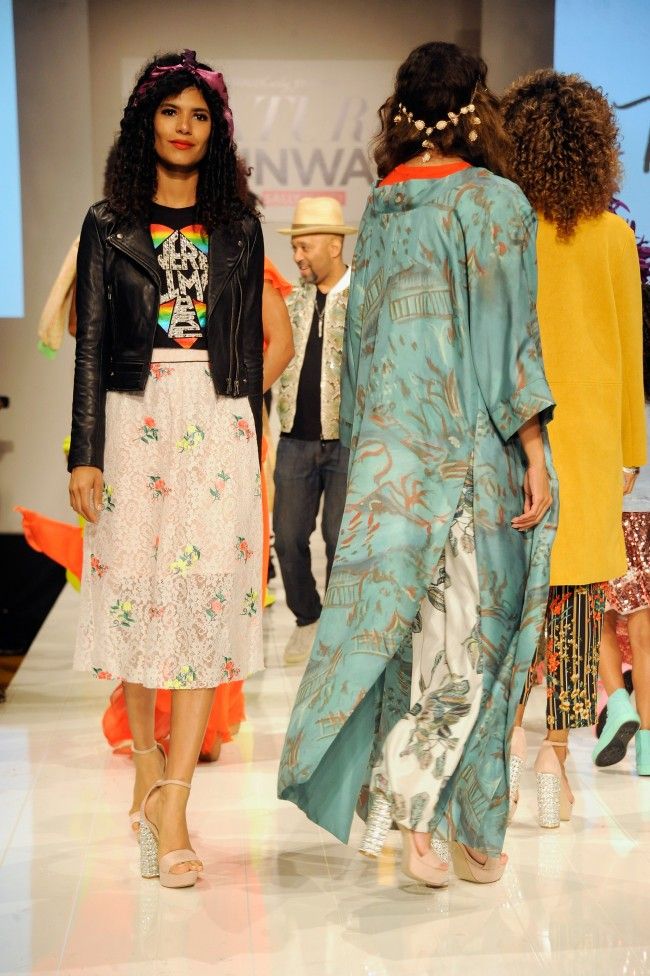 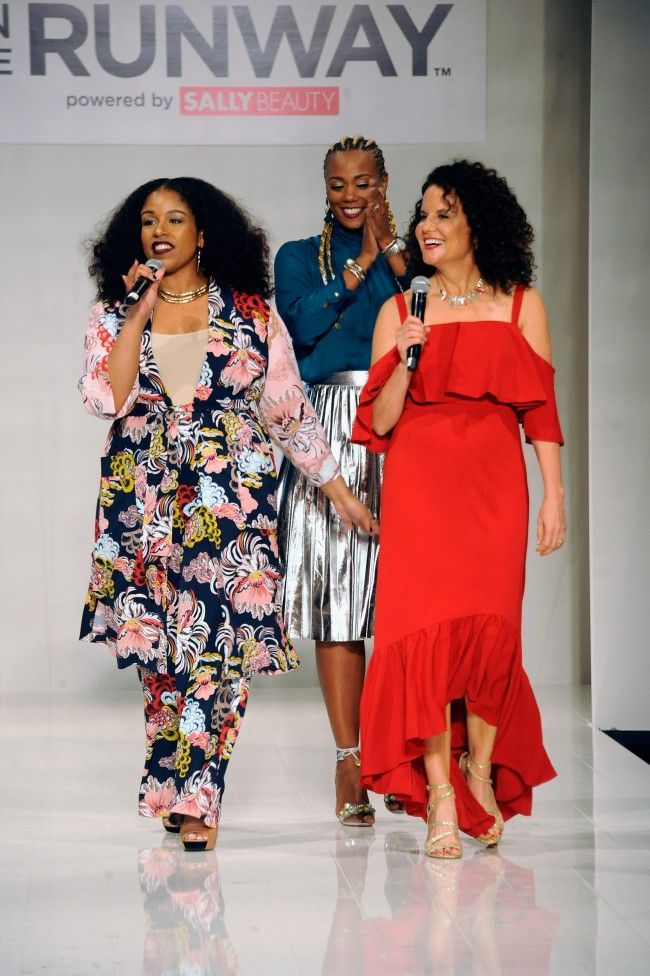 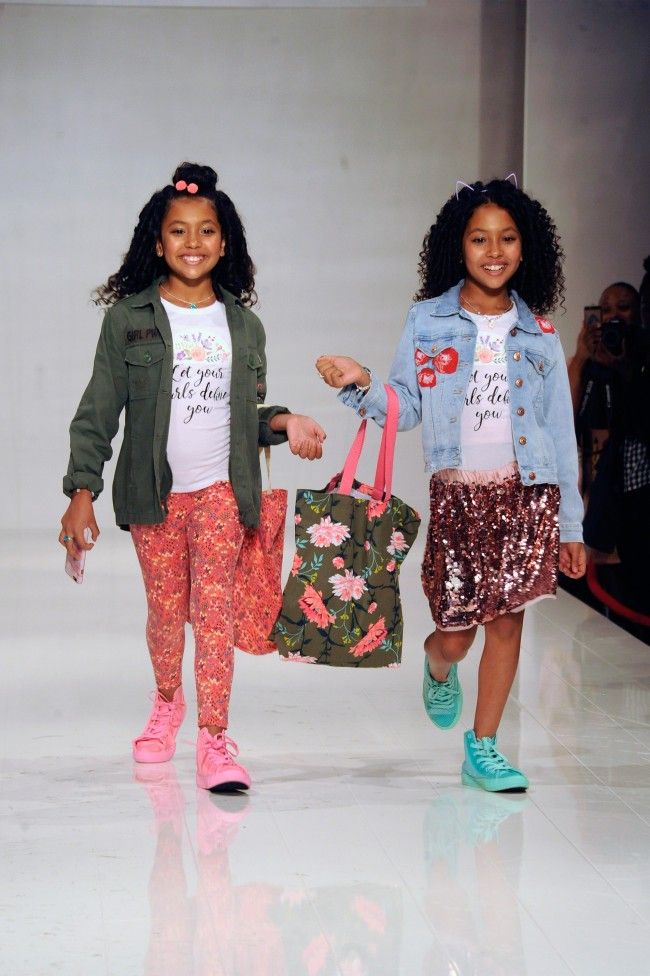 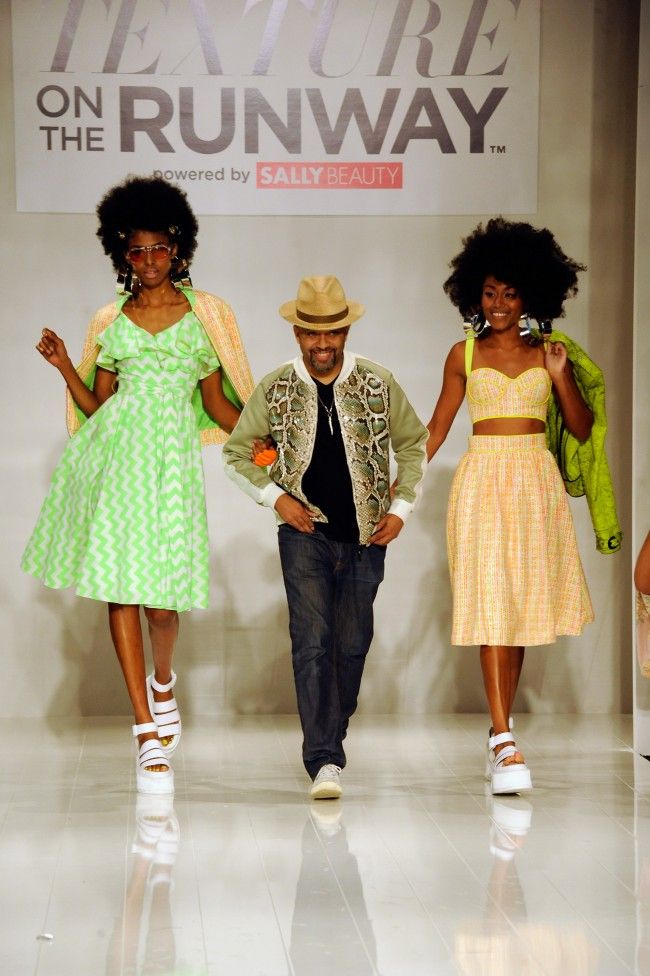 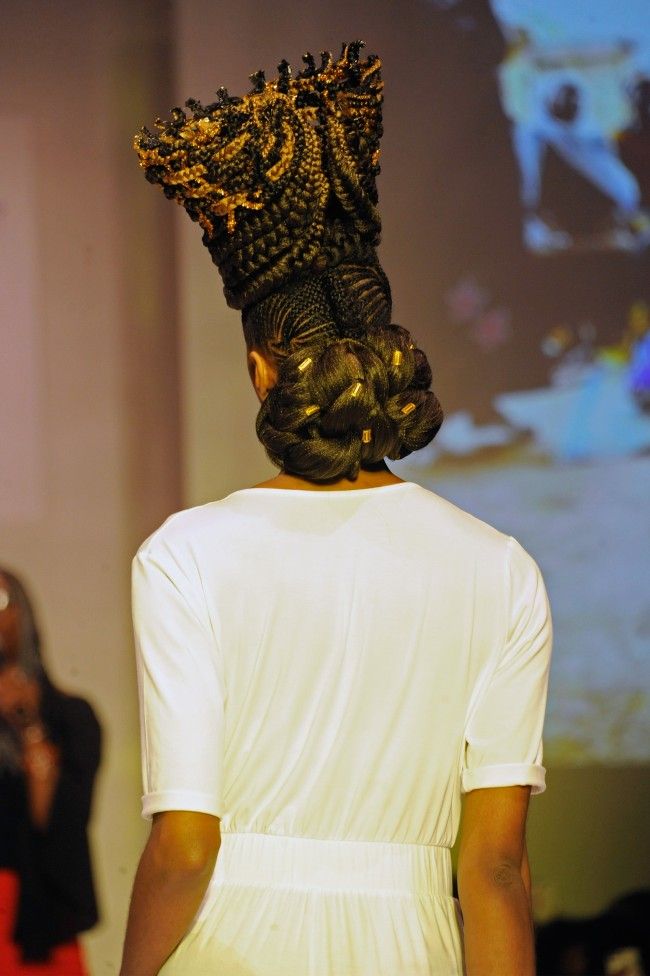 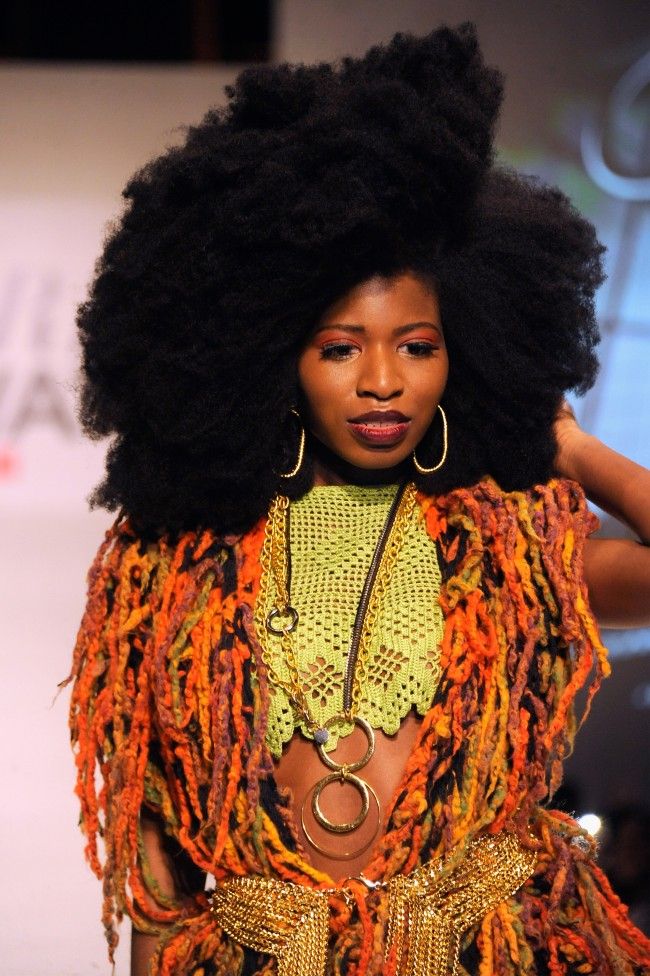 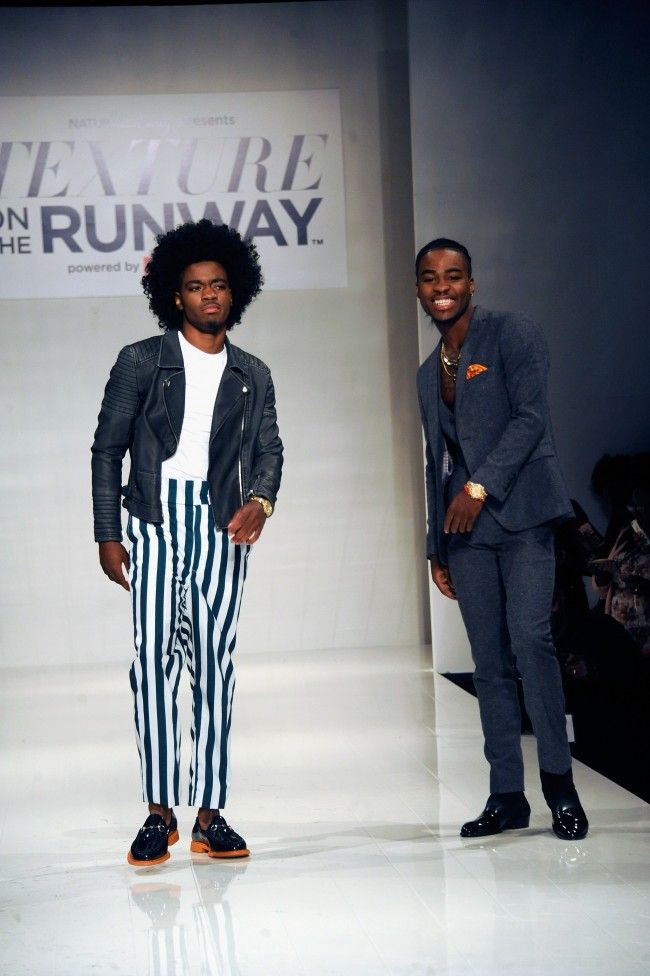 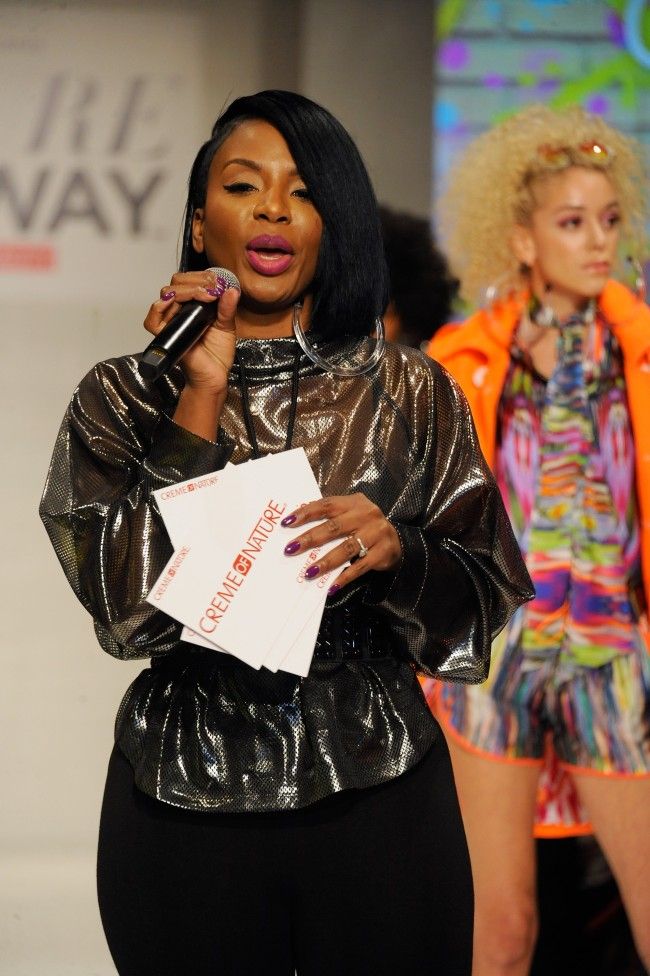 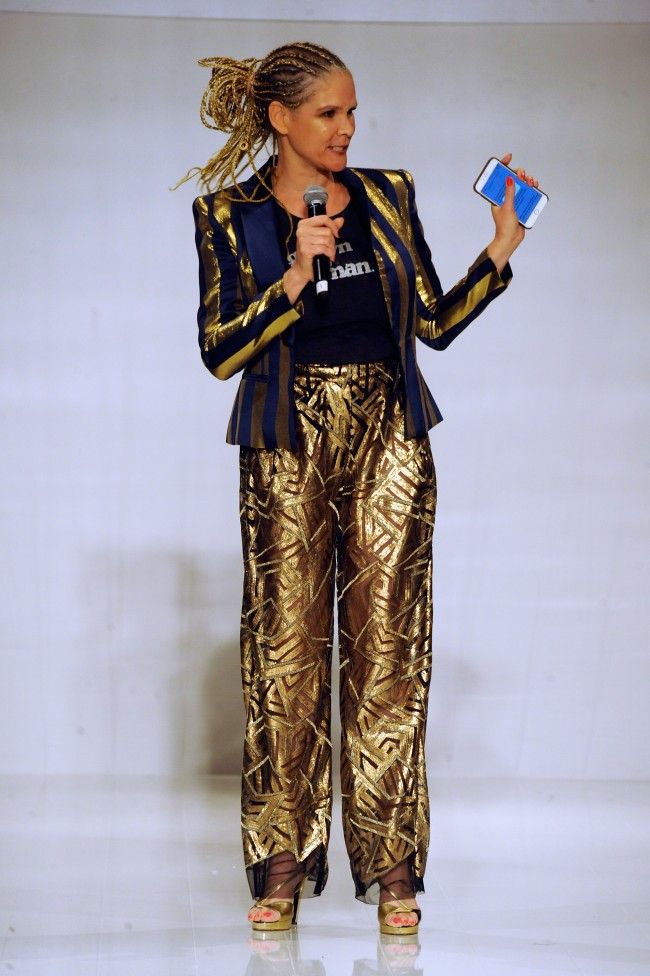 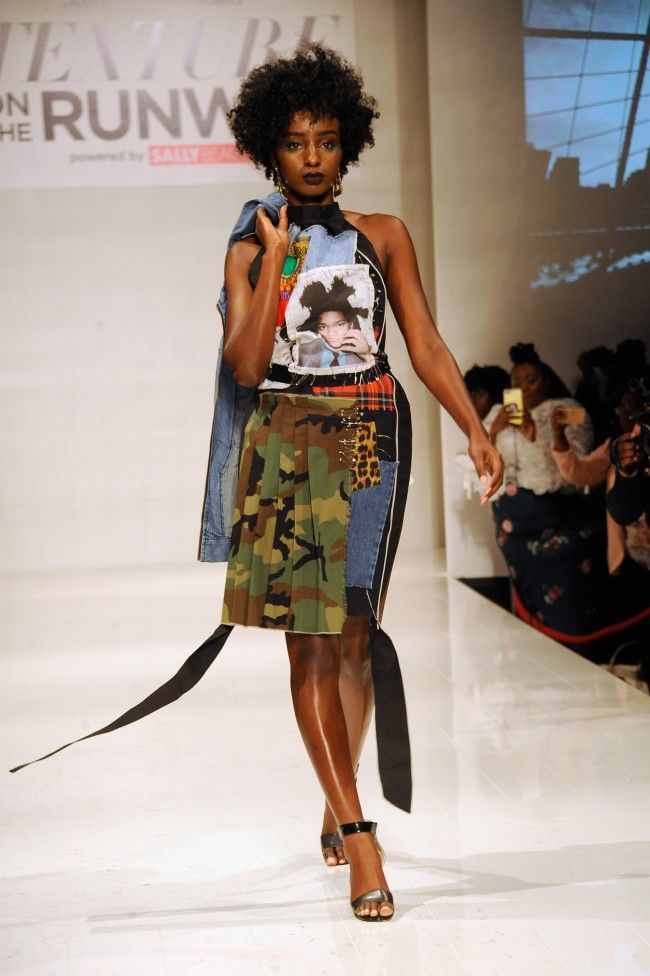 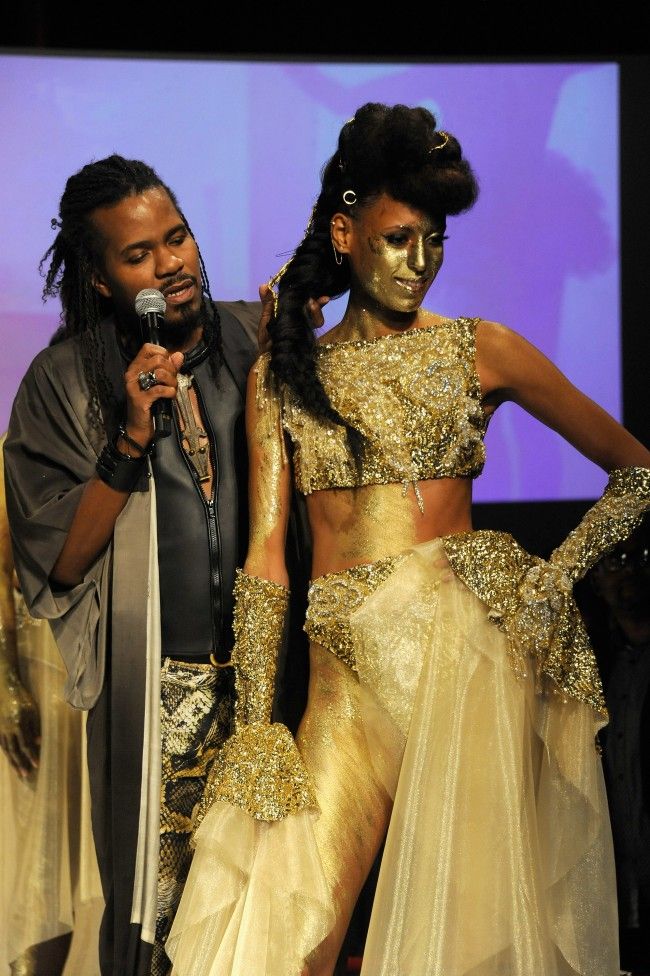 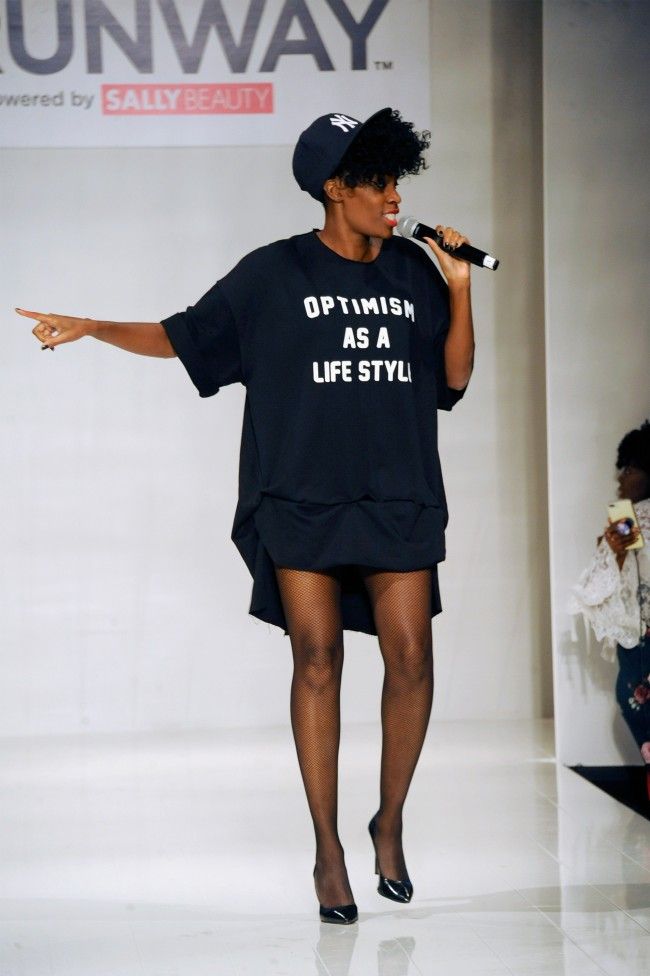 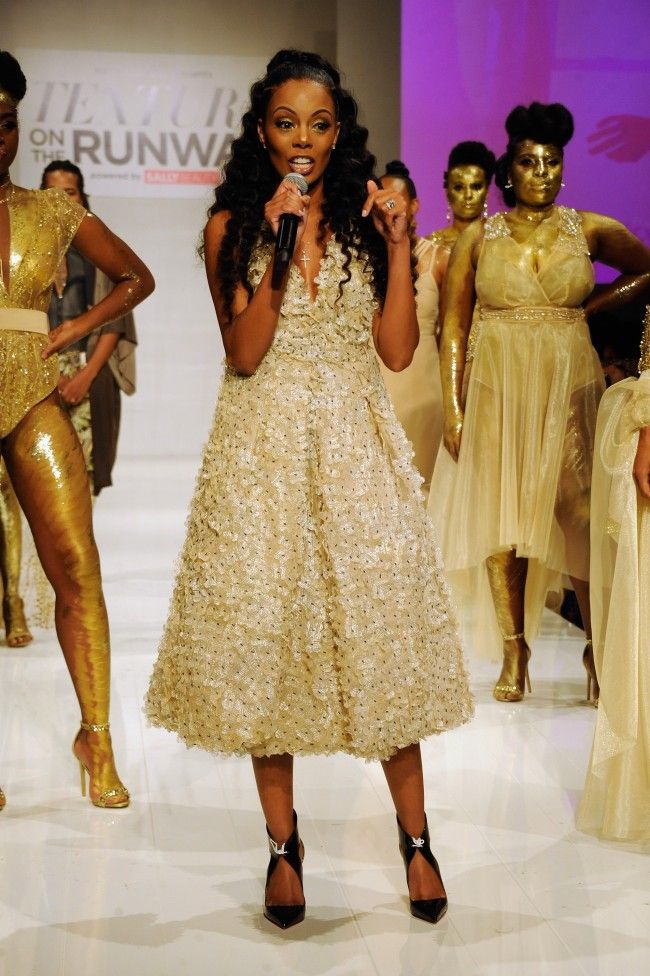 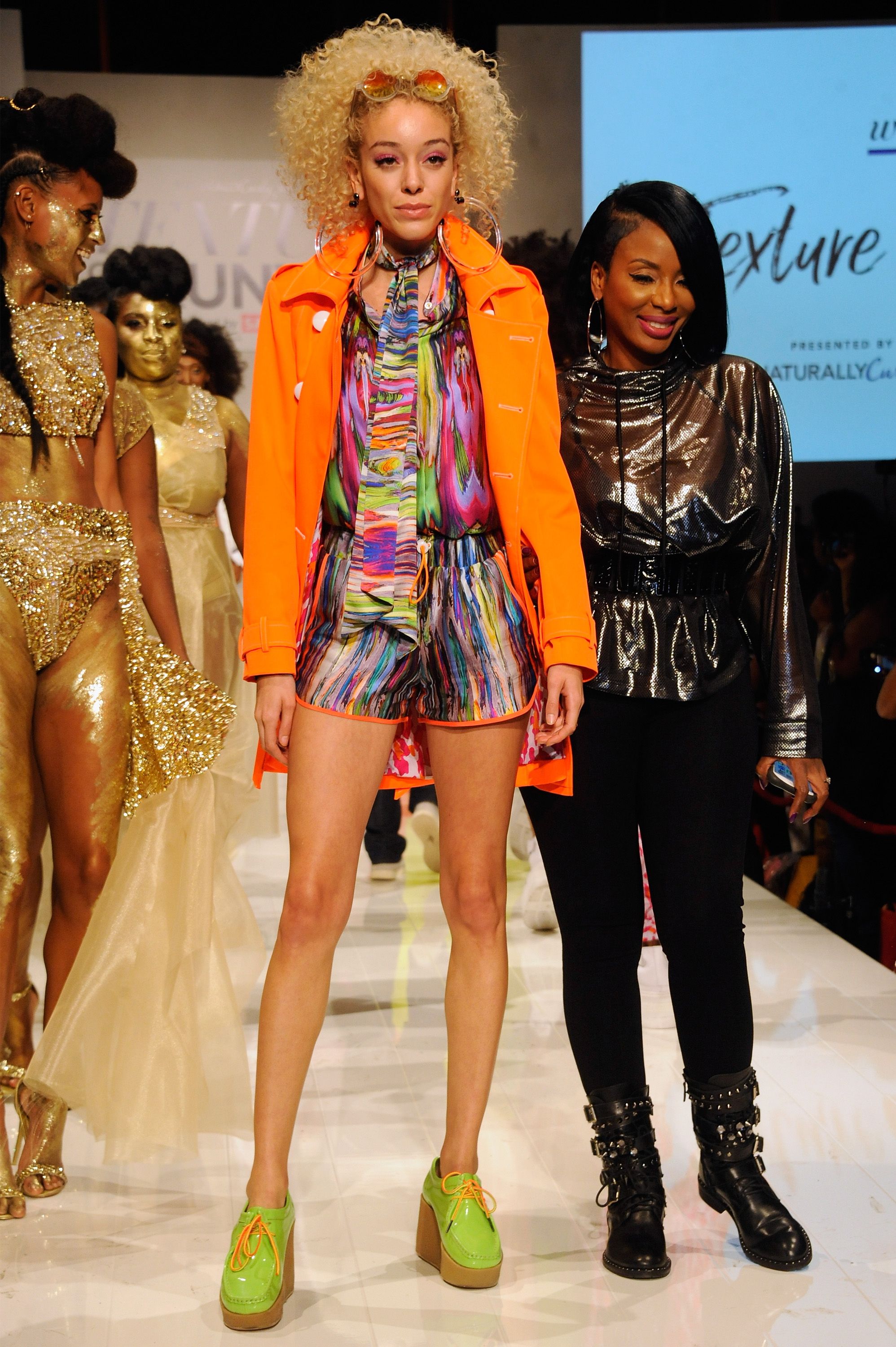 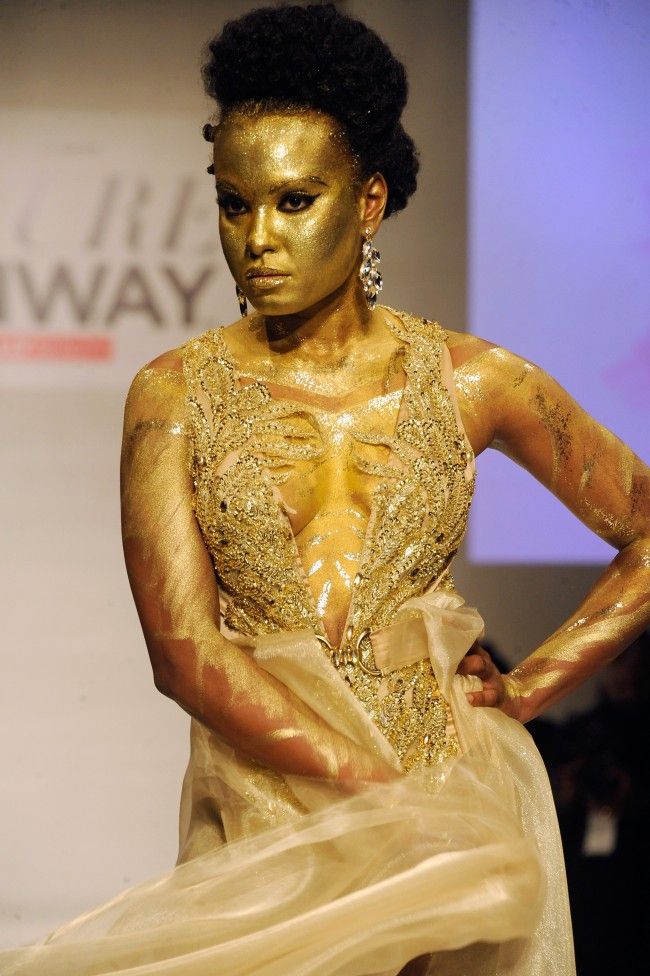 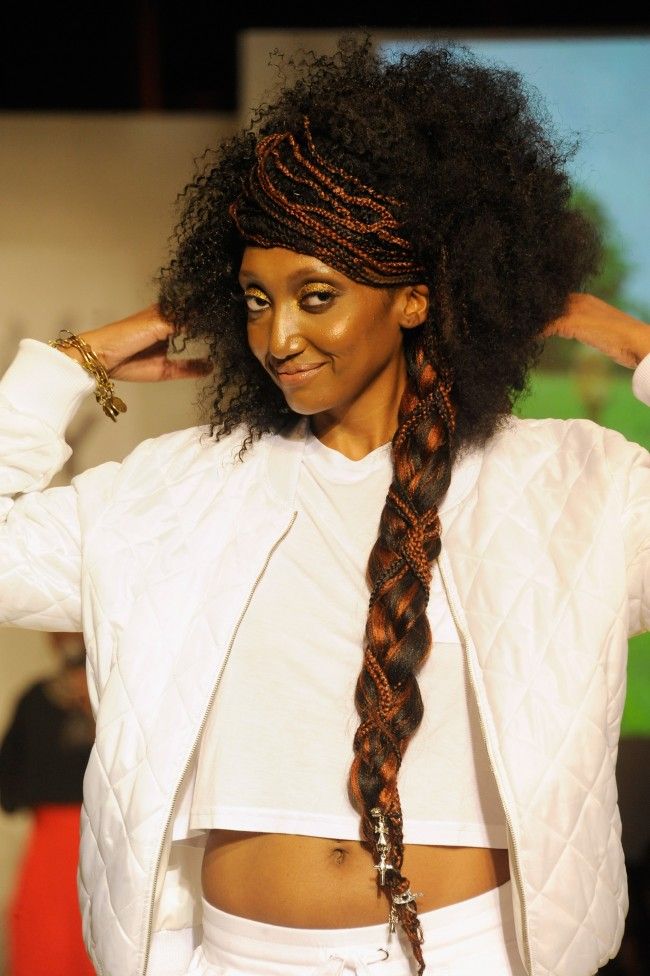 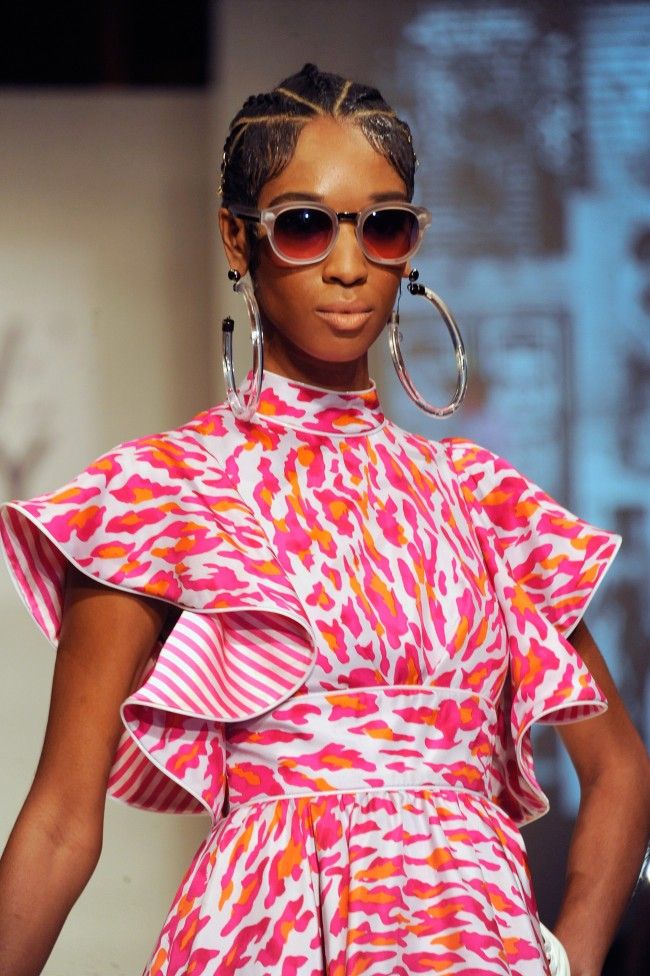 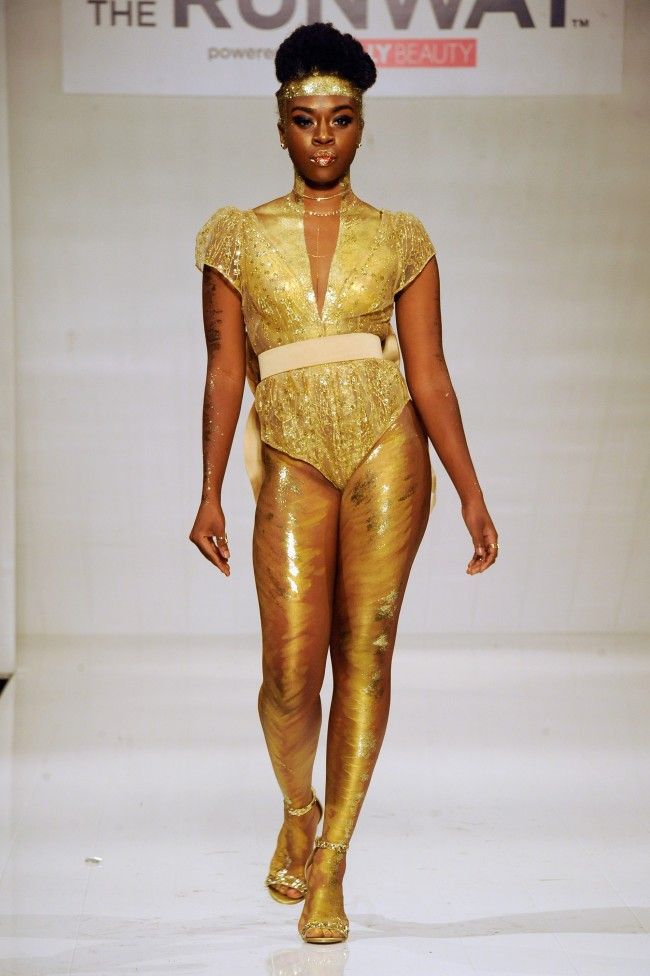 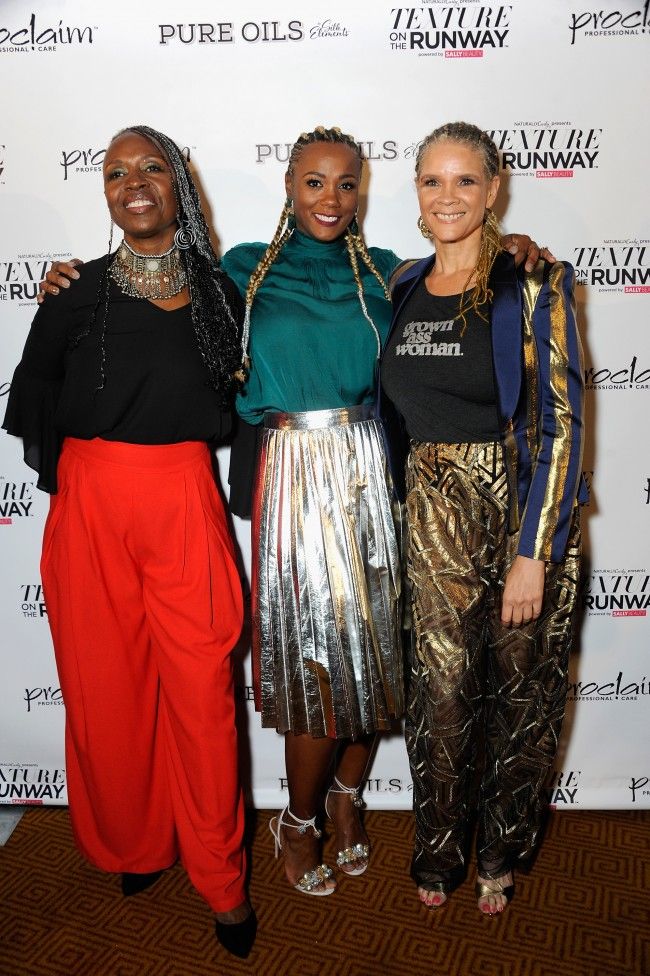 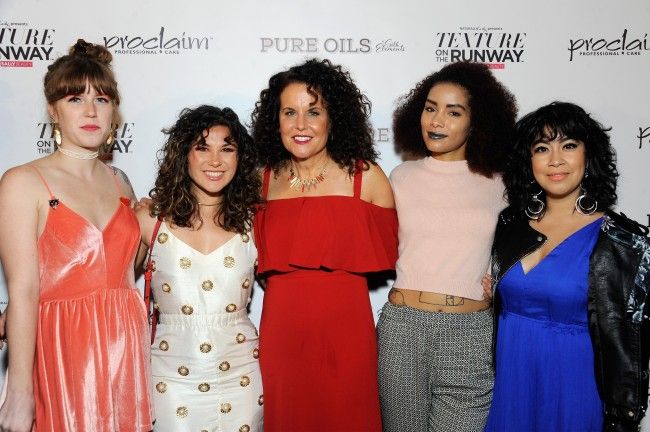 SOME OF THE NATURALLYCURLY TEAM, GETTY IMAGES

For me personally, the fashion show was only half of the fun. The people watching was on another level. From the line of attendees that extended out the golden doors of Gotham Hall, to the beauty industry heavy hitters in the VIP room, to the steady stream of influencers walking our red carpet. "It's become kind a who's who of influencers, every major beauty publication is there, major networks are covering it. It's become a must-see. We had one writer for a major beauty site tell me it was the only show she was looking forward to going to this fashion week" Breyer said.

And for those who didn't attend, you likely experienced it virtually through your social feeds.

So much beauty in one picture! I love this picture from #TextureOnTheRunway. @NaturallyCurly @SallyBeauty

Yesterday at #textureontherunway wearing my all time fav designer @oyato It was such an awesome event and it was so great meeting everyone and just having great vibes! #nyfw

What touched me most (aside from chatting with Beyonce's stylist) was after the show, seeing community member after community member coming up to our Co-Founder and expressing their gratitude for putting together such an inclusive event. It made them feel like they were part of something, and together we're helping change the conversation and world views around diversity and representation in the fashion and beauty industry. This Texture On the Runway was a dramatic example that there is no one standard of beauty. Beauty comes in all shapes, sizes, ages, and of course, texture types.