The History of Headwraps: Then, There, and Now 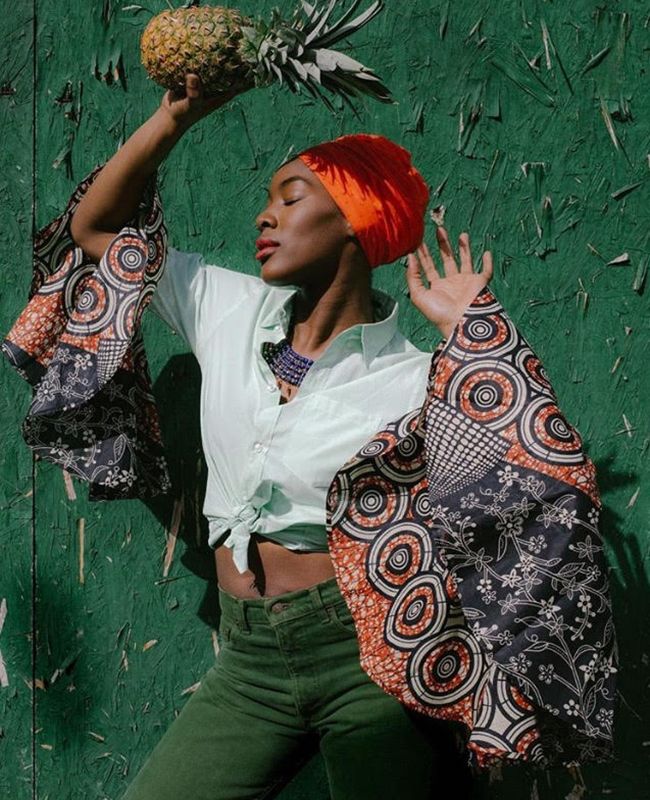 Headwraps are traditional attire in many Sub-Saharan African cultures. The Yoruba in Nigeria call their artfully folded wraps geles. Ghanaian women call theirs dukus. South African and Namibian women often use the Afrikaans word doek. Where, when and how headwraps are styled may represent wealth, ethnicity, marital status, mourning or reverence. Despite the dispersal of African communities due to the Trans-Atlantic slave trade, emancipation, the Great Migration and globalization, this black hair fashion has stood the test of time and space. The headwrap materially links black women of the West with the traditions of their ancestors, and with their cousins across the Atlantic.

Throughout the antebellum American South, South America and the Caribbean, many slave masters required enslaved black women to wear head coverings. Headscarves served functional purposes like protecting women's scalps from the sun, sweat, grime, and lice. They were also symbolic markers, indicating a slave's inferiority in the social hierarchy of the time period. But, enslaved black women found many creative ways to resist. For example, in parts of Central America like Suriname, black women used the folds in their headscarves to communicate coded messages to one another that their masters could not understand.

In Afro-creole culture, headwrap traditions are a classic example of turning lemons into lemonade in spite of oppression. In 18th century Louisiana, free mixed-race creole communities served as a buffer class between powerful whites and enslaved blacks. But as French and Spanish men sought and forced relationships with women of color, race and class lines became increasingly obscure. In 1785, Spanish colonial governor Esteban Rodriguez Miró mandated that Afro-Creole women wear tignons, a turban-like headwrap, to undermine their "exotic" allure. Tignon Laws aimed to reaffirm the social order by marking women of color as different. Afro-Creole women protested, decorating their tignons with jewels, ribbons, and feathers. Ultimately, the tignon became a defiant fashion statement for free women of color.

After the United States abolished slavery in 1865, some black American women continued to wear headwraps creatively. However, the style ultimately became associated with servitude and homeliness. The mass production of mammy images like Aunt Jemima wearing a checkered hair tie reinforced such stigmas. To assimilate into the dominant culture, many middle-class and upwardly mobile black women began embracing Eurocentric standards for beauty and professionalism. As a result, wearing headscarves in public largely fell out of favor in early 20th century black communities. However, women continued to wrap their hair in silk or satin scarves at home to preserve pressed hairstyles throughout the week.

During the 1970s, headwraps became a central accessory of the Black Power uniform of rebellion. The headwrap, like the Afro, defiantly embraced a style once used to shame people of African descent. Black is beautiful, the saying went, and kente cloth headwraps were Afrocentric aesthetic celebration. 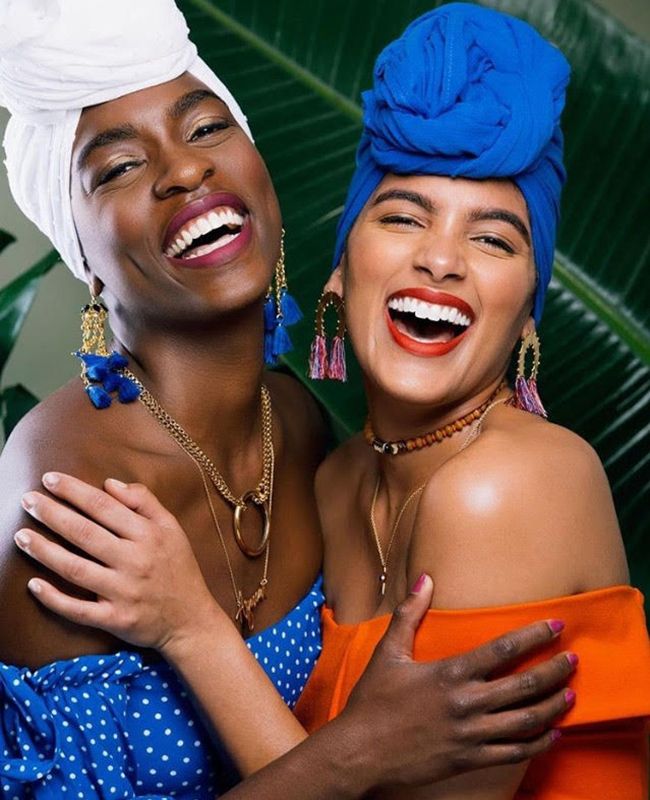 In the 1990s and 2000s, artists like Erykah Badu, Lauryn Hill and India Arie popularized colorful and towering wraps for a new generation. Just as the neo-soul genre repackaged black music styles like jazz, hip-hop and R&B, these artists' head coverings paid tribute to a long, rich history of black hair culture. While the style was new and unfamiliar to many outside the African diaspora, headwraps quickly entered the mainstream. On this iconic episode of Sesame Street, Erykah Badu uses her headwrap to teach children about acceptance and cross-cultural friendship.

Today the headwrap is in vogue yet again. As the natural hair movement gains momentum, many women are turning to them as a fashionable protective style option. Tucking kinky and curly hair away under fabric reduces the need to manipulate one's curls, and less manipulation means less hair breakage. Over the last five years, headwraps have become a central feature of my post-wash routine. I love to throw on a brightly covered scarf while I wait for my twist-out to dry.

If you want to try a headwrap but don't know where to start, look no further than companies The Wrap Life and Fanm Djanm (meaning strong woman in Haitian creole). Both import gorgeous African inspired textiles in the perfect shape and size for creating your favorite looks. Check out their Instagram galleries @thewraplife and @fanmdjam for styling tutorials and colorful visual inspiration.

Show us how you wear your headwrap—your scarf may be fashion history in the making!