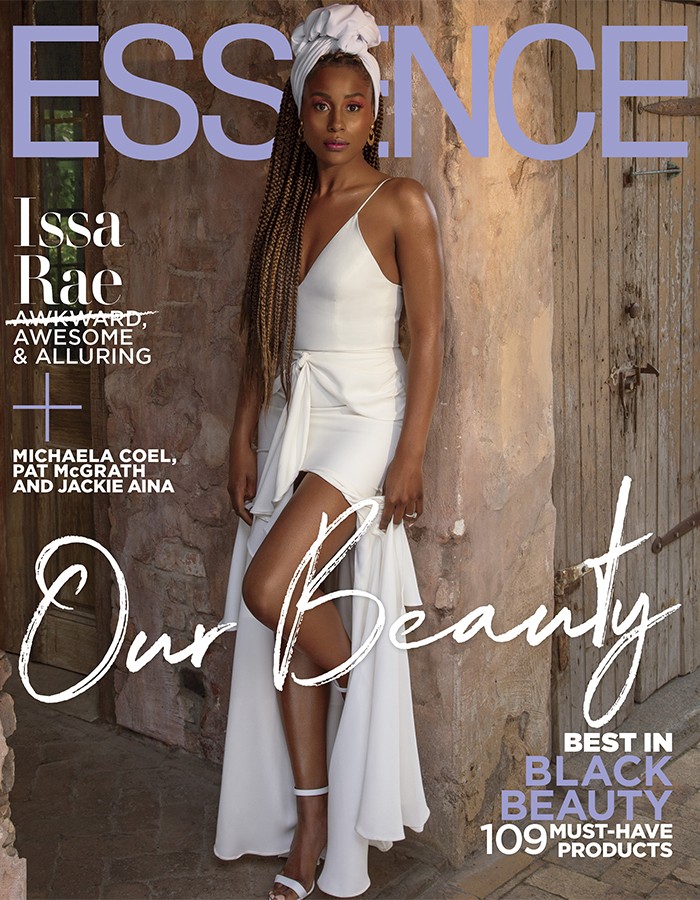 Issa Rae slayed the April 2019 cover for Essence Magazine and still has the internet in a frenzy with her jaw dropping beauty and bold fashion. She is the epitome of black girl magic who has captured our hearts with her witty and entertaining personality that made us fall deeper in love with her in her HBO hit show, Insecure. She is on fire and far from insecure. In the Essence cover story, she shared her journey of becoming the fearless and confident woman she is today, even when she didn’t feel seen or celebrated.

“My mom was extremely pro-Black, and I believed her. My dad is Senegalese, and I grew up around my dark-skinned cousins and just thought that they were the most beautiful women in the world. I was surrounded by beautiful dark people. And then middle school hit, and I was like, Oh, they think I’m ugly. They think I’m big. They think I’m unattractive. I went back to my mom like, ‘What the f—k?! Y’all lied to me my whole life. What is this?!’ I started realizing, Mom, you’re light-skinned. So I don’t know what you were talking about. It’s not like you can relate to being dark. And your hair is not the same texture as mine. So what do you know about telling me I’m beautiful? Why would you lie to me? That definitely had an impact on how I saw myself.” 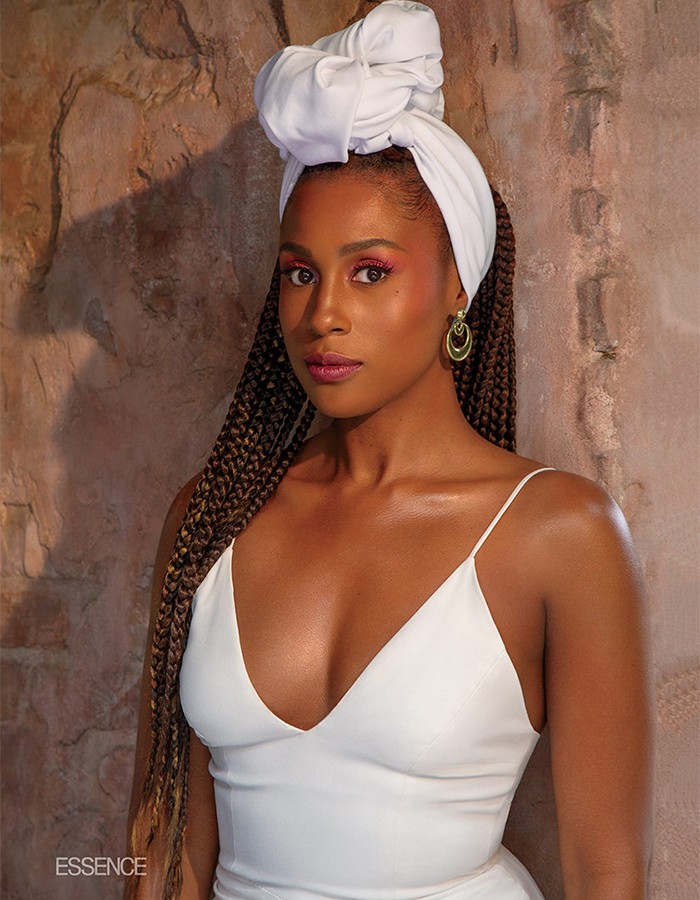 Issa Rae opened up about rejection and how she’s turned her awkwardness into a unique attribute that helps her shine unapologetically.

It’s official, Issa gave us the ultimate glow in this cover story to remind us of our divine beauty and power. So you know we had to get the tea on the inspiration behind her style for this feature. We tapped the Natural Hair Queen, Felicia Leatherwood, who is Issa’s lead hairstylist and styled her hair for this shoot. 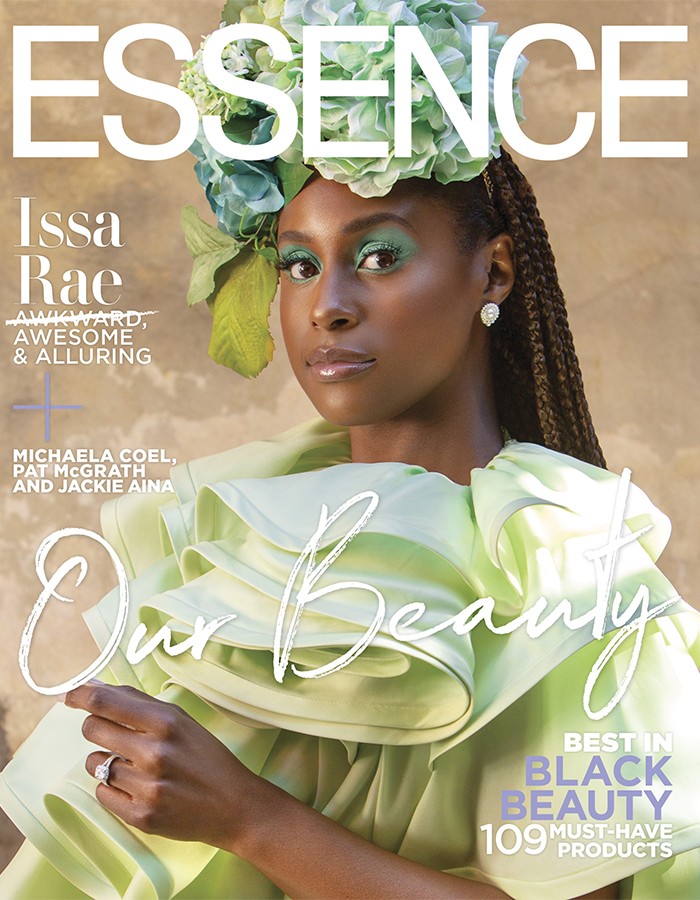 What was the inspiration for Issa Rae's hair and head pieces?

"Because the photo shoot took place in New Orleans during Mardi Gras, the vibe was celebratory and ancestral. I created the antique blue and green flower headpiece with faux flowers and leaves by hand and it just happened to have went perfectly with the amazing sea foam green dress that Jason Rembert put her in."

As you know, it's important to keep hair moisturized before wearing a protective style. What are your top moisturizers? 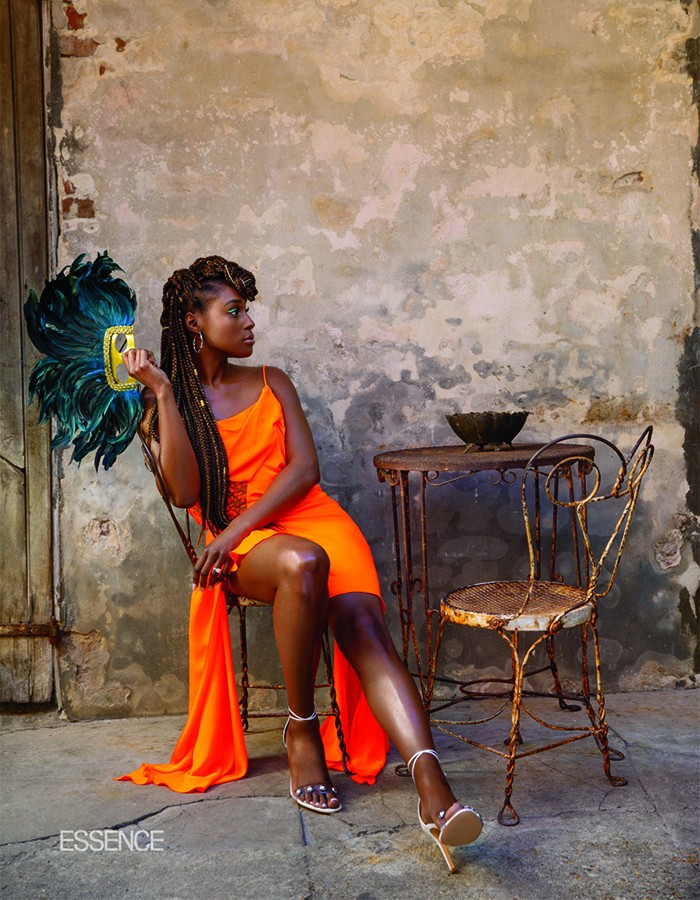 Can we talk about the braided updo? Tell us your top tips on how to recreate them.

"I braided Issa’s hair for a movie that we had been filming in New Orleans called “The Love Birds.” So we made the most out of the style that was already created for the movie because we were in the middle of filming and couldn’t change it, but it worked out perfectly. I used gold rope and incorporated the rope into the braided pompadour and added gold jewelry clips on a few individual braids. Issa looked beautiful. The hair I used was a multi-color mix from Rastafri hair company."

Did you catch the Essence cover featuring Issa Rae? Let us know your thoughts in the comments below.