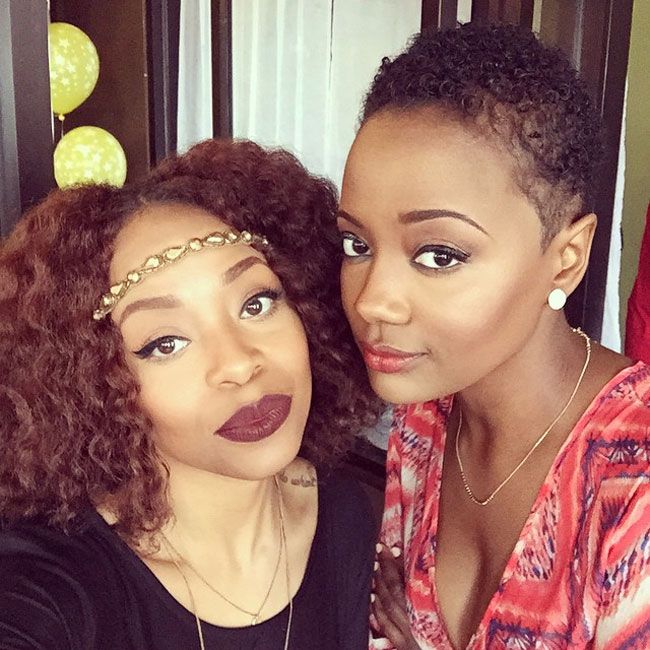 If you started your natural hair journey within the last few years you will likely have come across Meechy Monroe’s YouTube channel. Loyal subscribers labeled her signature look the "Meechy twist-out," the super defined, soft, textured, vibrant Afro. Also known as part of the sibling duo the Monroe Sisters with her sister Vaughan, Meechy has always been passionate about helping people and beauty. But it was much more than that. She told Chicago Tribune in a heartfelt interview, “I tell women that it’s not all about the outer appearance but to be happy with oneself. I’ve learned that beauty isn’t just hair and makeup – it goes much deeper.”

In April of 2014, before her 29th birthday, Monroe noticed one side of her face was drooping. She had trouble with her speech.  A few medical exams revealed that she had suffered three strokes.

On May 31, 2014 Meechy was diagnosed with a rare cancerous tumor called a sarcoma, and spent the next 6 weeks in the hospital. After suffering multiple mild strokes and being diagnosed with Aphasia (difficulty in language delivery), Meechy underwent a second surgery July 3rd 2014.

She then understandably disappeared from the internet for what fans deemed too long, she wrote "Who knows how strong you have to be until you are faced with so many life-changing decisions.” Her online community quickly rallied behind her to support Monroe and her family both mentally and financially with the hashtag #GetWellMeechy. Some helped with expensive medical bills by attending the Curls for a Cause benefit event sponsored by Cantu in Chicago on September 20, 2014. They raised nearly $60,000 overall to help pay medical bills for Monroe, who did not have health insurance.

This is SOOOO sweet. Thank You!!! This is truly awesome and inspirational. You guys don't know how your support and messages have helped me. #GetWellMeechy

“It’s overwhelming,” she told People. “They tell me, ‘I love you, I’m praying for you.’ It makes me cry every day, I’m so grateful.”

In previous episodes of her YouTube series REAL LIFE, Vaughan shared the reality of her sister’s sickness and battle. Their online community and the rest of the world witnessed a memorable bond and touching reflection of sisterly love as Meechy fought the battle of her life.

A lesson for all

Meechy told People in February 2015  that since her cancer diagnosis,  it was important for her to open  a discussion about her cancer and her journey back to health. She said “Knowing there are other women out there facing cancer like I am, I want to do everything I can to let them know they’re not alone.”

Meechy was as bold as she was a fighter. She posted photos showing herself bald and with a 40-pound weight gain from her treatments. She was also kind and thoughtful; before her surgery, Meechy donated  her gorgeous hair to Locks of Love, benefitting children who have suffered hair loss from cancer treatment, “I have to look at the bright side: I’m saving money by not having to get my hair cut.” Monroe kept herself looking fabulous through it all,  wearing colorful hats and scarves while her hair grew back.

Meechy ends the interview saying : “I’ve learned not to take my health for granted and to live in the moment. I’m grateful for every second of living on this earth.”

A few hours ago, her sister Vaughan shared the heartbreaking news of Meechy's passing on her Instagram account, writing “I am broken. Rest up sis.”

I am broken. Rest up sis.

This is a devastating loss for her family, her extended family of the natural hair community, and beyond. Personally I'm so saddened by this. I was wondering how she was doing a few days ago after watching her sister's vlog. There has been an outpouring of prayers and support across social media over the news. Life is so precious.

Our sincerest thoughts go out to the family and friends of Meechy Monroe. Her voice and presence in the natural hair community will be deeply missed. Rest In Peace, Queen.