Making it Work From Home

"What greatness am I going to kick off today?" 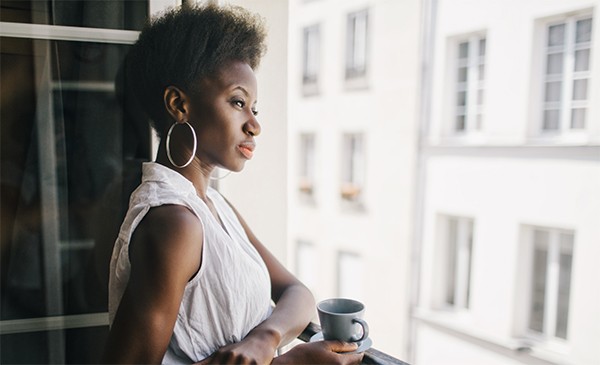 From choreographing contagious dance moves to writing a hit Netflix series, everything has to start somewhere.

Because we live in a world that’s crazy-obsessed with a linear progression towards making your mark in it, I have a huge amount of respect for people that can start things from what you’d call “imperfect” points. The following are a few of my favorite stars who got their start in their own homes before influencing me and the rest of the world.

"When one door closes, come back looking amazing, and they’ll open it for you!" is my first favorite’s modus operandi. Miss J started in his folks’ place, altering and creating entirely new sartorial sharpness on his grandmother’s sewing machine out of hand-me-downs. That kind of vision would have most of us ironically giving up an eye for!

Pushing past gender barriers, strutting into extra-exclusive clubs, and coaching models on their backstage power-walks, Miss J made his debut to the rest of us plebs on America’s Next Top Model as the judge with a personality that inspires us all to get to work on getting fabulous.

(PS. I’m working my way through his book as we speak!)

I’m not big on sports for good reason...

Watching the last few minutes of Superbowl '17, and the complete reversal of fortunes made me feel like my heart was going to beat out of my chest and onto the floor, and I’m still not 100% on who any of those gentlemen on the field even were. My delicate constitution might not be able to take it on the screen, but Serena Williams is a shining example of fulfilling aspirations no matter what you're into. The greatest athlete in the world (seriously, does she work out just by lifting her trophies?) started out with her dad taking her and sister Venus away from the overt racism and childhood destruction of the country club courts and instructors to a home-taught regime which built their skills and confidence. Obviously, the results speak for themselves, but when it comes time to put a critic in their place, Serena can grand slam it down with the same kind of precision. “Love all” of it!

I know where I was when I first watched ‘S*** White Girls Say...to Black Girls’—half way through my Bachelors, still living in the Blanton Dorms, and definitely not procrastinating on some essay or other, no sir. The video struck several chords with me, having grown up in majority white spaces. I screamed in agreement through the whole thing, and the sequel, and the phone call to my mom telling her to watch it all.

Franchesca was already making her own moves when the video went viral, but going back to her channel’s beginnings, you’ve got reviews, rehearsals, and tutorials all coming at you from her own home. She’s keeping busy with MTV’s Decoded, speaking and comedy gigs, and social media branding these days, but no lie, I will be attempting her old victory rolls for locs tutorial once I get my next protective extensions.

Nothing good ever happened from being bored on the internet in my house. Well, nothing great, anyway... all the novelty candles I got from aimless clicking around on Etsy are pretty darn cool. After starting out with indie city-scene and pop-culture blogs across her moves through the East Coast, a night of bored googling yielded zero results and a vision for a much-needed geeky niche filler of a site that stepped in to meet the needs of black comic, anime, and tech-loving women everywhere.

Okay, fine... The vine that launched a thousand embroidered beanies wasn’t made at “home home”, but the day I don’t call the Burlington’s Coat Factory parking lot my home is a day the sun won’t shine on.

As with any phenomenon that goes viral, Kayla’s vine blew up without her having outlined any specific plan other than to share how good her newly groomed eyebrows looked. Her newly minted phrase, first written as ‘on flick’ by Newman herself, and later adjusted to her pronunciation in the initial video, became a vernacular juggernaut.

Probably my most controversial entry in this series, but hey, when you can enter a word into the vernacular and start celebrity beef by just having fun on your own?  Get back at me. Homegirl is also looking into crowdfunding her own cosmetics line, which to be honest, I couldn’t be more excited for.

What could you start from home? Let us know if you got any ideas!