Renee of Uncle Funky's Daughter, In Her Own Words

Last week I spoke with the president of Uncle Funky's Daughter, Renee Morris regarding her first year as owner of the brand. As you may or may not have known, there's been much confusion and speculation regarding the company's wave of changes in the past few years. Since we've been longtime fans of the brand, we were eager to give Morris a chance to clear up any rumors surrounding the brand she acquired a little over a year ago. This is 100 percent in her own words. 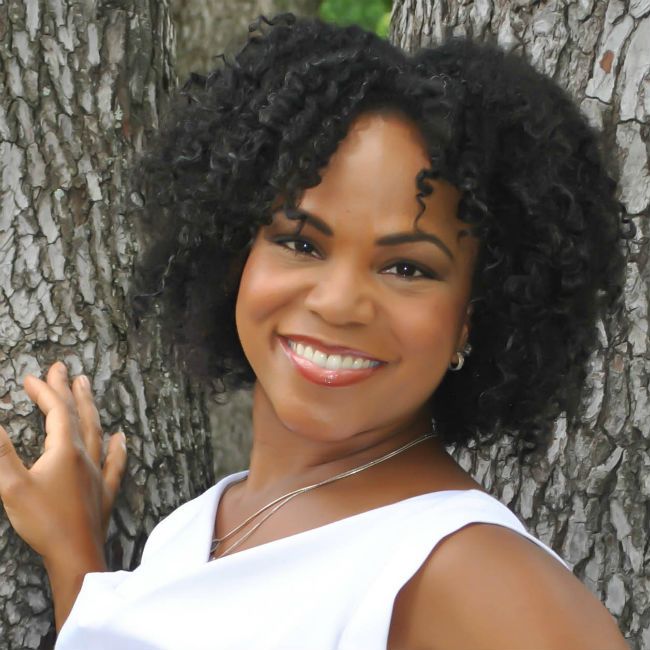 To build or buy. That was the question to myself.

I discovered Uncle Funky's Daughter when I moved to Houston in 2009, shortly after the brand launched. After being natural for 9 years at that time, it was the only natural hair product that worked for my hair! I was a true "Funky Junky" who couldn't live without my Extra Butter.

After a successful career consulting to large companies, I took an assessment of my life to determine where I was headed. As a mother of a 3 year-old son and 1-year old twin girls — and a wife to a wonderful husband — I knew my career needed to change to be the wife and mother I wanted to be. I went through the journey of self-discovery that so many people go through. Having had several years experience working with large and small companies, I realized I didn't want to work for someone else. I had my mother's entrepreneurial gene and wanted to run my own company.

I acquired the brand at the end of July 2014, and I was in the midst of a personal "storm".

So I asked myself, Do you build, or do you buy a company? You often find that companies are interested in selling when they are facing challenges. If there’s anything I know how to do, it’s fix a company. Buying a company made sense. Then the question became what company? One day, I was getting my hair done and God said to me, you should buy Uncle Funky’s Daughter. A ton of doubts crept into my head. They won't sell, finding and reaching the owners would be a challenge, the price would be too expensive. So many reasons came to mind. Still, that same week I went into the retail store to buy Extra Butter to redo my twists, and I started chatting up the guy who worked there. It turned out that he was one of the owners!

He shared that he and his wife were going through a divorce. After leaving the store, I gave their situation some thought. I reached out to him and asked if they would be interested in selling. The entire process—from that conversation, to the time I acquired the brand—took almost a full year. It’s been fun!

I acquired the brand at the end of July 2014, and I was in the midst of a personal "storm". My aunt had lost her battle with lung cancer, and I found myself helping my cousins coordinate her funeral while preparing for the christening of my twins and the celebration of my son's birthday. All while preparing to close on Uncle Funky's Daughter.

Prior to the acquisition, Uncle Funky's Daughter was going through a bit of a ‘management transition’. The previous owners were going their separate ways and thinking of dissolving the company completely. As a result, the brand had been relatively quiet in the market, with no appearance at hair shows or on social media outside of Facebook. My first task as the new owner was to let Funky Junkies know that we were here and here to stay.

The biggest challenge of the acquisition was the first 90 days—the confusion around the brand, the owner, the other names, formulas, all of that. It was a mess...and not what I expected to be dealing with. We were supposed to be focused on providing superior customer service and spreading the word of Uncle Funky's Daughter. Instead, I was faced with questions regarding which formulas we were using and addressing false statements regarding how I acquired the company. 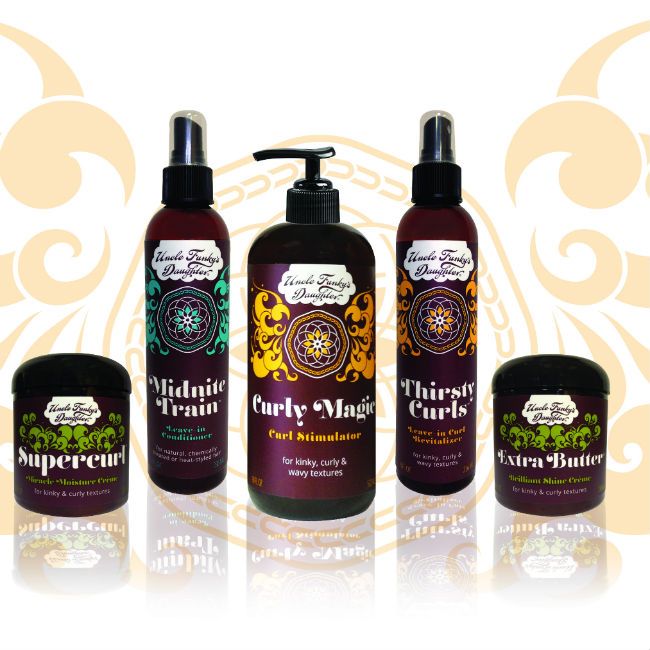 We returned to the original Curly Magic formula...

When I bought the company, I was committed to bringing back the original Curly Magic formula. The previous management team decided to change the formula in early 2014 and the change was not well received by Funky Junkies. Step 1 was to revert back to the original Curly Magic Curl Stimulator, which we began shipping within 60 days of my acquisition of Uncle Funky's Daughter. We do not ship the reformulated product...only the original formula.

In addition, I reintroduced products that had been discontinued previously—Glossy, Defunk, and Shining Star. Over the past year, we built the portfolio back up to 12 products, and we plan to expand the portfolio in 2016. We are available in about 100 boutique retailers in North America, Europe and Africa and hope to double that presence in 2016.

...And we are making more changes for the better.

Earlier this year, we shifted our look to be more symbolic of the values that we stood for. We chose the Mandala flower to be a central component of our brand because it represents inner peace and balance with self and nature. It represents what we all strive for. We also changed the packaging to be more environmentally friendly. Our products are not tested on animals and do not contain animal by-products. Because we are a sustainable company, we needed packaging that was recyclable and created less waste.

We plan to re-launch the salon in 2016. We want to find a new location that is funky and accessible for our clients.

Parking was horrible at our old location, and our salon will be completely focused on the customer experience—from the time you make your appointment, to how you arrive at the salon and how you feel when you leave the salon.

You will also see us continuing to focus on education—a foundational element of our brand. The natural hair journey can be confusing for some, and we want to make sure clients know how to use products, the benefits of natural ingredients, and tips for maintaining healthy hair.

We have a lot of growth on the horizon and we want to offer the community what they want. I can't say much more about our upcoming venture in early 2016, but Uncle Funky's Daughter will be available to even more Funky Junkies than ever!