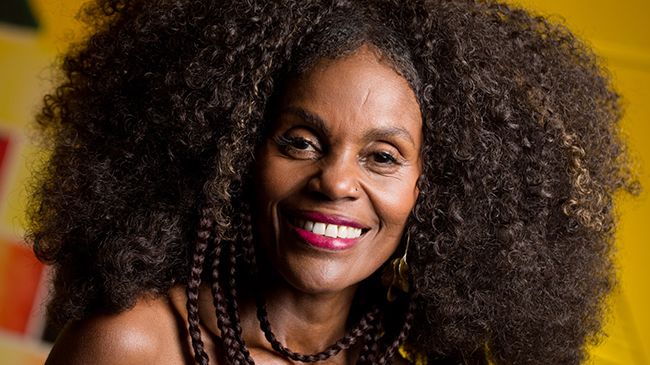 This natural hair movement has taken off so rapidly that we forget how it even got started. As bloggers take the spotlight, accompanying us through our personal hair care lessons together, we can now stop briefly to appreciate one of the pioneers of this movement. Isis Brantley was one of the first women to notice the need of spreading the art of braiding from one woman to another. Not only did she live for this, she fought for this.

And now she is celebrating a major victory as last week a federal judge declared that the set of laws that were preventing Brantley and other braiders from teaching students to braid for a living, were in fact unconstitutional.  This has been a long-fought battle for Brantley, who in 1979, Brantley opened up the first natural hair salon in Texas. In the late 70’s natural hair had a different image, a different message. In my interview with Brantley she shared that “The word ‘natural’ was a negative word, so I helped people to challenge their jobs and change their perception and began teaching hundreds of people how to braid, twist and loc hair and potentially make it their business.”  In 1995, the state came to her storefront to disclose it was illegal to braid in Texas for profit.  Brantley recounted how in 1997 “seven law enforcement officers barged into my building and handcuffed me to go to jail for braiding without a cosmetology license. I got out of jail, got a lawyer and in 2007 they grandfathered me in as a licensed braider.”

It was not until 2006 that the Texas Department of Licensing and Regulation made the Hair Braiding Certificate possible for budding braiders to pursue. Although grandfathered in, Brantley was not permitted to teach. The state then mandated for Brantley to comply with barber-school regulations to be in compliance as a school of cosmetology. This would require her to install at least ten workstations, five sinks, and provide barbering textbooks. Furthermore she would be required to relocate to a larger space.

Nevertheless, she has continued her craft of braiding and instructing. Finally, in 2015 she won her case against the state of Texas.  According to the Wall Street Journal, U.S. District Judge Sparks wrote that there was a “logical disconnect inherent in a scheme which contemplates the existence of hair braiding schools but makes it prohibitively difficult for a hair braiding school to enter the market in hair braiding instruction.”

When I asked Brantley what her message to the natural hair community is in light of the new ruling, she said she “would like the support of the people; to pay homage to the fact that a resurrected soul of Madame CJ Walker has stood on the front line for the economic liberty of ethnic women. I ask that the natural hair community rally around me to help put forth efforts to make this happen through me. From there, let’s work to further this endeavor together.”