Why Oprah Waited So Long to Go Natural, According to Her Stylist 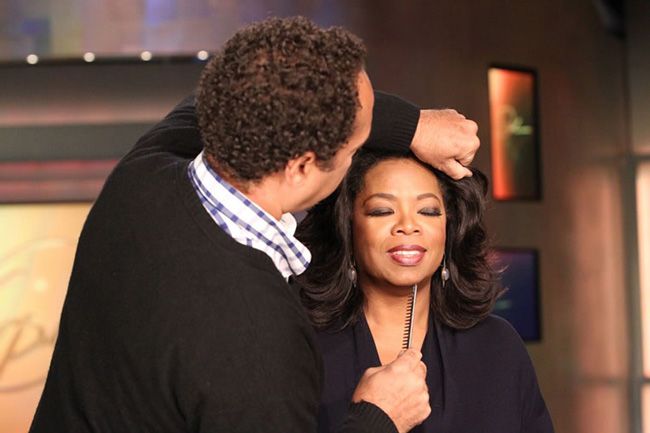 When it comes to Oprah's hair, nobody knows it better than stylist Andre Walker.

Over the years, he has created some of her iconic styles. He knew she planned to go natural years before she grew out her relaxer. "As long as I've known Oprah, she'd always said 'When I turn 50, I'm cutting my relaxer off and going natural,'" Walker says. "I didn't believe it." She loved the way her looked after they would cornrow her hair and take it out. "She said she wanted to look like that and she wanted to encourage people to embrace their natural texture at some point," Walker says. "She always thought that way, but never did it because it's a hard thing for people to accept. Twenty years ago, it just wasn't as easy to wear natural hair."

Walker met her more than three decades ago when she was hosting "AM Chicago" - before she was a household name who went by one name. Oprah would go up to people whose hair she liked and ask who did their hair. Walker's name kept coming up. At the same time, Walker had noticed Oprah on TV and thought he could improve her look. He sent her a note saying "I'm just dying to get my hands on your hair" along with a bouquet of flowers. Oprah recognized his name and thought the partnership must be "meant to be," Walker recalls. The rest is history.

Some of Walker's hair creations for Oprah will be on display in May when O Magazine celebrates its 15th Anniversary with a retrospective of Oprah's cover styles - from pixies to up do’s to the infamous afro, with insight from Walker on how to achieve these looks at home. NaturallyCurly had the chance to talk with Walker about his his philosophy about texture, his haircare line and what its like to be Oprah's stylist.

For so many years, there was a perception that if you were black or white, your hair is a certain way. What I tried to do with my hair typing system was to say that regardless of what race you are, we share qualities in the hair we have. It's for everybody.

I have to ask. What's it like working so closely with Oprah?

It's been an amazing partnership. She's been fantastic person to work with over the years. She's totally changed my life and my view on life.

Do you do Oprah's hair for all of her magazine covers?

Yes. It's a collaboration with the creative director, Adam Glassman. He'll come up with the idea and then we'll meet and talk about how to create the look. I'm never in a situation where he says, this is how it's going to be.

Do you have a favorite cover?

The afro cover was the favorite of everyone. They came to me and said "What can we do to create a huge afro - something really big." I had a month to think about it. I had a friend who was a wig maker and she said she had the perfect wig for me. It was so much hair. I wanted it to dry naturally and wanted to style it afterward,a nd I wanted it to have a lot of texture. I had it hanging in my bathroom, upside down, over a bathtub for three days. I really tried to tease it and make it as big as it could possibly be.

Did you get any flack because you used a wig?

I never tried to get people to think she was wearing her own hair. In this industry, wigs and hair pieces can be a positive thing.

Some would say that you're not truly natural if you use wigs or straighten your hair. What are your thoughts?

There are definitely people who are purists when it comes to natural hair. I think that takes the fun out of hair styling. Let's face it. We live in the 21st century. There is so much available to us. Having options is really the most important thing. If you want to wear a wig, wear it! If you want extensions, wear those too! If you want to be completely natural, be natural! But don't judge someone else for their choices. 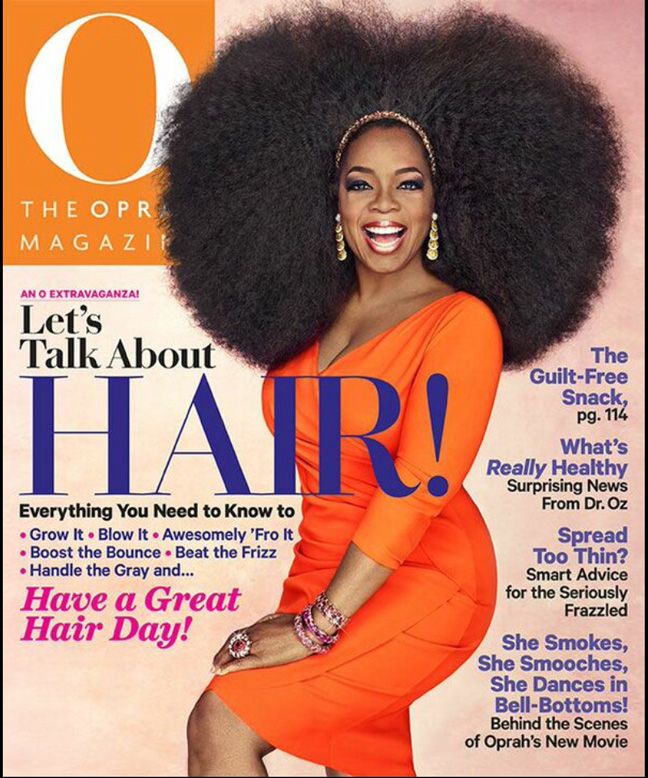 Tell me about the cover for the anniversary issue:

For this cover (which was shot in black and white), her hair is swept dramatically over her shoulder.

What are some of the challenges you have on the set when it comes to hair?

If we're shooting in the studio, there aren't many challenges because it's climate controlled. But when you're doing a shoot on location, weather poses challenges. I try to avoid doing styles that the weather can affect. I remember trying to shoot a straight style in a rain forest and thinking, this is not going to work. It's best to go with a more natural look.

Why did you decide to create your own haircare line, The Gold System?

I always had to cocktail products to get the look I wanted. I was always mixing a little of this and a little of that - some cream, some gel, some oil. When I created my line, I wanted it to be easy to use and also healthy for the hair. Beautiful Kinks was developed to create a moist, controlled, defined textured look with one product. (Beautiful Kinks is a favorite of Oprah and Beyonce) My motto for The Gold System is "Make Peace with Your Hair." Everyone has beautiful hair. Do what it does naturally. Let's embrace it!

After so many years and so many styles, do you and Oprah feel a need to constantly recreate and refresh her style or is she more interested in finding a signature look?

Her life is so interesting. She may be doing a movie one month and shooting a magazine cover the next. Those things - as well as current trends - influence what her look is. These days, she's all over the place. She's natural most of the time, but she may straighten her hair occasionally for a cover. Ease is the most important thing to her now. She likes to do stuff that's simple. She likes to be able to handle her hair on her own without a stylist all the time.

How has the world changed when it comes to texture?

It used to be that people looked at natural hair as unattractive or militant. It had all of these negative connotations. People wanted straight hair - the straighter the better. If you had kinky hair, that was bad hair. Today, kinky hair is considered beautiful. It's something to be embraced.