What Cinnamon REALLY Does For Naturally Curly Hair 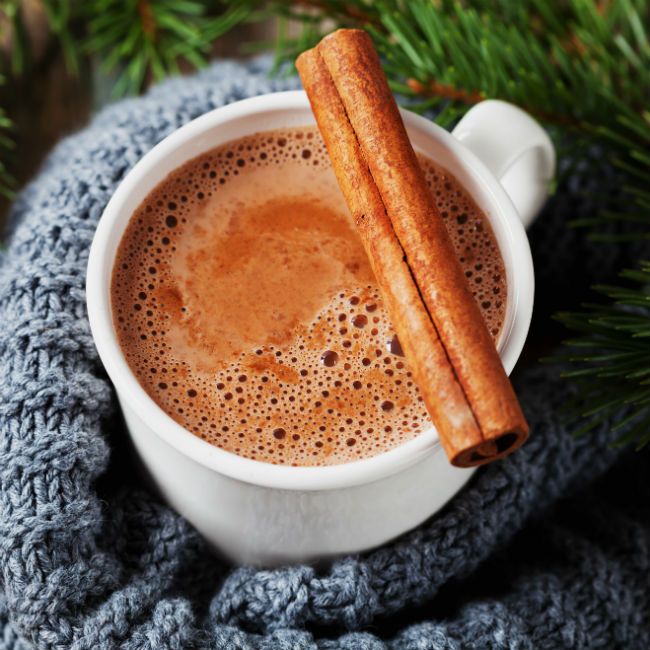 There is no other spice that can perfectly encapsulate the fall and winter feeling better than cinnamon; its warmth and spice are the perfect pairing in your hot chocolate on a chilly day.

You may be surprised to learn that beyond just being an enjoyable fall time spice, cinnamon contains many of the antioxidants and vitamins that our hair and skin need--it is known to work well as a DIY scalp stimulator.

Cinnamon has been harvested as early as 2000 BCE and believe it or not, the spice has many different uses outside the kitchen--not only for hair, but also for skincare. Cinnamon is known to help remove sun spots and alleviate fine lines. Additionally, it is recommended for use to help prevent hair loss and achieve hair growth.

What is the cinnamon actually doing to my hair?

The reason cinnamon is sought after for hair growth potential is because of its ability to exfoliate on a physical and chemical level.

It is able to help remove build-up from the scalp, allowing for healthier follicles that in turn promote better hair growth. Cinnamon also helps encourage healthy hair growth by causing a tingling sensation, which is thought to draw more rushing blood to the scalp for stimulation.

Before you use cinammon...

While cinnamon is used in many beauty products of today it is important to remember that some skin is too sensitive for its use.  Prior to using any type of product that contains cinnamon on your scalp you should do a skin patch test on your arm to verify that you will not have a reaction.

One of the most popular ways to use cinnamon for hair growth is to create a DIY paste that you apply to your hair:

Mix the honey and cinnamon together in a small bowl. Once combined add in the olive oil until your mask is thin enough to apply onto your hair smoothly. Leave the mixture on for 15 minutes and then wash clean with your favorite shampoo. If you tend to use a co-wash most of the time, you may want to opt for a shampoo this time, making sure you remove all the traces of honey and cinnamon from you hair. Note that if you leave cinnamon to sit on your skin for too long, it may cause a chemical burn and actually slow down growth promotion.

If you are looking to promote your scalp's health and increase the opportunity for hair growth, turn to your pantry and try out cinnamon for yourself--you never know, your favorite fall time spice could become your next favorite hair stimulant!

Traditional dry shampoos don't work well for dark hair. See how to make your own dry shampoo with cinnamon here.