A Model of Natural Beauty 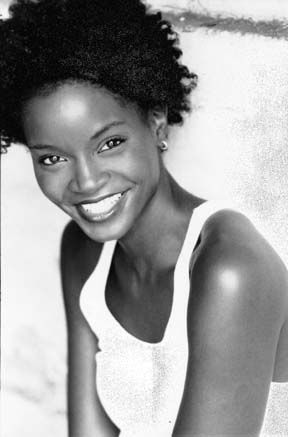 Model Tomiko Fraser says her decision to go natural was one of the best decisions she ever made -- not only for the health of her hair but also for her career.

'Now I'm hired for my natural hair,' Fraser says. 'If I have it twisted and longer, they say 'We want it the way it is on the card -- the natural, twisted 'fro. I have an audition this afternoon and they want me for my hair.'

'Modeling is about being a chameleon and changing. But when they want me and the natural representation of who I am -- with natural, healthy hair -- it feels good.'

Fraser has been a trailblazer in the modeling industry -- proving one needn't conform to one particular standard of beauty to be successful.

'But I'm not a walking billboard,' says Fraser. 'My hair is not a cultural statement. I am proud to be African American. If you like your relaxed hair, do it. Just as long as you do it for yourself and not because someone is telling you to do it.'

Fraser was discovered in a New York restaurant where she worked as a hostess. She initially was scared of modeling.

Success came quickly. She became the first American-American woman to land a contract with Maybelline, which recently renewed her contract for several more years. She has been featured in numerous print and television ad campaigns for such companies as Tommy Hilfiger, Alfani, The Gap and Old Navy. She has been featured in magazines around the world, including Vogue, Glamour, British Marie Claire, Cosmopolitan and Elle.

She made her feature film debut opposite Freddie Prinze Jr. and Monica Porter in 'Head Over Heels,' and her television credits include a guest starring role in the Showtime series 'Soul Food' and 'CSI Miami.' She recently wrote the forward for 'Hair Rules!' by Dickey.

Fraser says she didn't always embrace her hair's natural texture. Although her mother's generation grew up with afros, all of her cousins had relaxers. She says she's had every hairstyle known to man -- weaves and braids, extensions and Jheri curls.

'Sometimes to fit in, you want to look like everyone else,' she says 'You don't want to have anybody looking at you.'

But all the wear and tear took its toll on her hair. The overprocessing caused significant breakage on the top of her head. A dermatologist gave her the ultimatum: no more chemicals.

'At the time I was devastated,' recalls Fraser. 'I couldn't imagine working again as a model with natural hair as an African-American woman. I had it cut really short and left crying. But I needed to do it for the health of my hair.'

Even that didn't stop her from relaxing her hair yet again, only to experience more breakage. It was only then that Fraser decided to go natural. She wasn't quite sure what it would look like and feared it would be thick, coarse and unmanageable hair.

'I never knew what my natural hair was like,' she says. 'Since I was a little girl, I straightened it with a hot comb and relaxed it.'

Instead, she says she loves her hair in its natural state. And she is pleased with the ease and versatility of it. She says she can blow it dry for a fuller look, create afro puffs, wet it and apply a pomade for a curlier look.

'I can just play around with it,' she says. 'People feel like they're limited with natural hair. You just have to explore and try things out and see what works for you.'

Fraser says she initially worried how Maybelline would respond to her natural look. She needn't have worried.

'They were all for it,' she says. 'It was a pleasant surprise.'

And every time she does work for client JCPenney, she says they request her hair be natural. And more companies are embracing the natural look. Fraser says she was thrilled when her best friend, model Erickka Jones, was showcased in an ad for Pantene Pro-V Relaxed & Natural line with her blonde locks.

'Never in my life have I seen a black woman with locks on network television do the famous hair flip,' she says.

But Fraser says she still gets stares with her afro, especially when she's with her boyfriend, who wears his hair in locks past his shoulders.

'I'm fine with that,' Fraser says. 'I have no problem being a trendsetter. I want it to get bigger and bigger -- I want the hugest 'fro.'