What Does Your Afro Say About You? 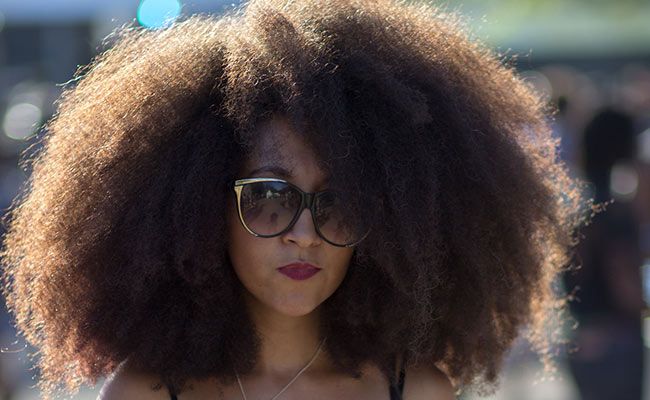 The afro has come to be symbolic through history, but what does the afro mean in 2014? Does your afro make you "alternative?"

It honestly depends on whom you ask and what their personal reflection of the word ‘alternative’ symbolizes to them. Whether one is talking about a subculture of the Natural Hair Movement (NHM) or merely a trend, there is an image that you can form in your mind on what an afro means in 2014.

An afro is defined as two things:

1) a style where thick, curly hair erects around the head and

2) a natural hairstyle of black people.

I prefer the New York Times’ definition when discussing Dante De Blasio’s hair during his father’s mayoral campaign in New York, “The Afro as a Natural Expression of Self.” An afro holds more significance than a hairstyle and I must admit, it means even more than the self-expression.

Sometimes words get muddled and misappropriated with usages that have no real connection and before you know it, they take on a new or expanded meanings. Today when you see a woman sporting an afro, oftentimes she is associated with the terms hipster, bohemian, or even Afro Punk. But what does that all mean?  Well, it simply means the afro has transformed from its origin of self-love and freedom of expression within American history into a lifestyle and subculture.

The NHM has brought scores of black woman to a new place in their lives where beauty is no longer gauged solely by European standards. As curls, coils and waves are springing up and demanding to be admired, straight hair is no longer exclusively deemed as desirable. But embracing an afro is manifesting simultaneously with another movement where healthy living, fashion, and political thought encompasses our hair and ties to its existence. 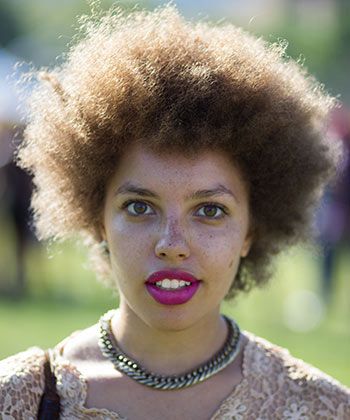 Ties to the Afro

With the NHM, words like ‘natural’ and ‘organic’ are being overused by beauty brands in an effort to stimulate revenue from the natural hair market.

Despite that thinly veiled attempt to milk a new cash cow, many naturals are indeed vegans or vegetarians. Many do pride themselves on healthy eating and using natural or DIY products while also embracing the minimalist lifestyle.

The NHM in effect ties into the overall whole health trend of veganism, vegetarianism, exercise and even the increasing awareness of environmental impact and reducing our carbon footprint.

Because fashion tends to be heavily influenced by cyclical trends, clothing and style are certainly reflective of the times. Within the black community, naturals are associated with vintage clothing, bohemian silhouettes and vibrant prints. I call it a summer festival dress code where comfort meets style and eco friendliness. 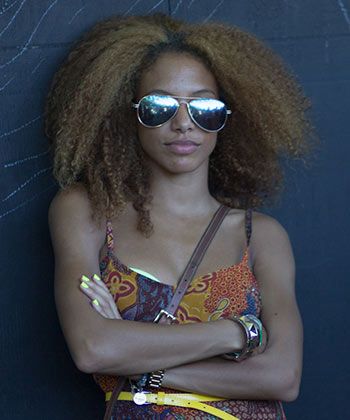 It is challenging to assign a true form of music to the afro when black music is no longer just R&B, Blues or Rap. Black music has surged into new genres and welcomed this change without judgment.

Afro Punk (Indie Rock/ Punk music) is one genre that many naturals are loving and connecting with (as evidenced by these photos, all taken at Afro Punk Fest).

Budgeting is another trend in the catalyst that is the country’s economic slump. The appeal of thrifting, DIY and the makers' movement is influenced by fashion tastes and eco consciousness in addition to necessity.

The makers' movement is impacting fashion and design, and naturals have brought DIY to another level with ingredients that most would use for cooking; avocados, honey, olive oil, flax seed… the list could go on forever. 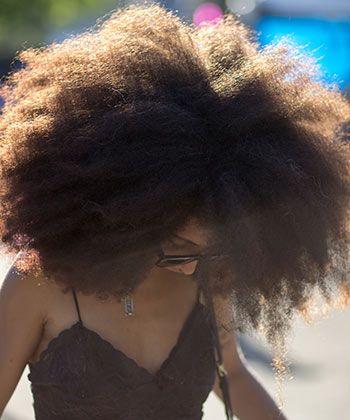 The word progressive has trumped the word liberal, and although it is hard for many to define and differentiate the two, it appears that most afro wearing black women (and men) are on the opposite side of conservatives. There is a push for equality for all people regardless of sex, age, race, and sexual orientation.

Now, not all who wear afros or have afro-textured hair fall under these classifications, but these are indicators of what the afro means in 2014. Many sporting the afro would agree that their hair ties closely to their culture and both are openly embraced and appreciated.

So, are afros alternative?

I would say yes it is, and I see it only evolving far beyond a fashion trend.  It is tied to our beauty, health, political views, and music. Something so deeply rooted could not possibly be a passing fad but a movement worth watching as it continues to progress and thrive.