If You're A Hair Braider In Iowa, You Could Be Facing Prison Time... 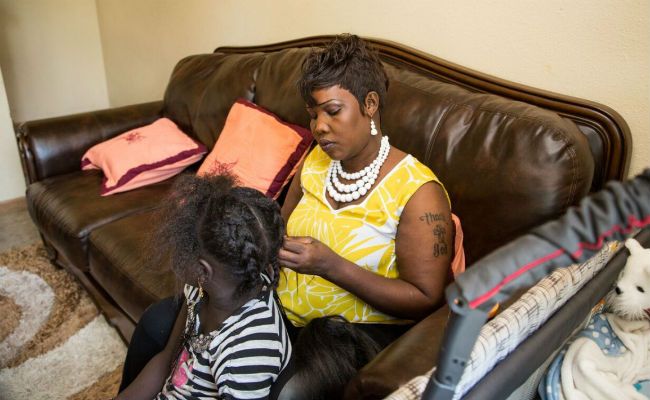 PICTURED: ACHAN AGIT, VIA THE INSTITUTE OF JUSTICE

Achan Agit left Sudan during its Second Civil War in 2001, and found herself recreating a life and settling in Des Moines, Iowa three years later. It was there that she learned how to speak English and assimilate to "normal" U.S. life, including the opportunity to start a business to support her family financially. In 2009, Agit opened a hair braiding salon, where oppression and racism revisited her in the most uncanny way.

In Iowa, braiding hair without a cosmetology license is considered a punishable crime, with up to one year prison time and up to $10,000 in civil fines.

Two weeks ago, Achan and another Black hair braider, Aicheria Bell, joined to file a civil rights lawsuit against the Iowa Board of Cosmetology Arts & Science. In their lawsuit, both women asserted that the claims filed against their business models are "burdensome and arbitrary…causing great and irreparable harm." 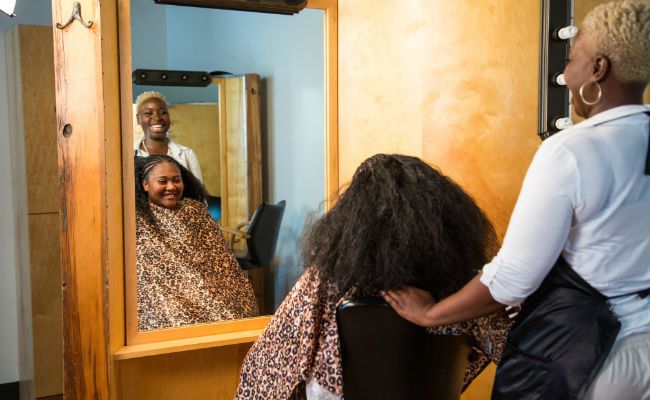 PICTURED: AICHERIA BELL, VIA THE INSTITUTE OF JUSTICE

In fear of their protected rights under the U.S. Constitution's 14th Amendment, which states that all citizens deserve "equal protection of the laws," Agit has reduced her talents and services to be available to neighbors, friends, and family. Just months after opening her brick and mortar retail location, Achan was essentially forced to close her unique hair accessories boutique and hair braiding salon. While she operates out of her home for now, Achan struggles to scrape up money to send to her family in South Sudan.

Aicheria Bell has been providing hair braiding services since she was three years old; she's lived in many states, including Georgia and Minnesota, but has never faced the amount of hurdles that she does now after relocating her family in Iowa. Cosmetology school was an idea for her to certify her skills legally, but Bell soon realized that African-style braiding was not taught in Iowa schools. Therefore, Bell made the decision to bypass getting certified and remained an underground staple amongst her peers and friends in the state.

The Institute for Justice stated last year in an annual report that "Iowa has the dubious distinction of imposing the most red tape on braiders," which is a clear and unjust law in 2015 that needs to be reexamined under a lens free of racism, discrimination, and oppression.

Today, Iowa's training requirements for hair braiders are more rigorous and hefty in comparison to a number of other professions spanning from dental assistants, to animal breeders, to child care employees. Currently there are 27 known cosmetology schools in Iowa that give students an average price tag of $22,000, making the option of obtaining a cosmetology license unrealistic for refugees like Achan who escaped to America to make a better life for her family.