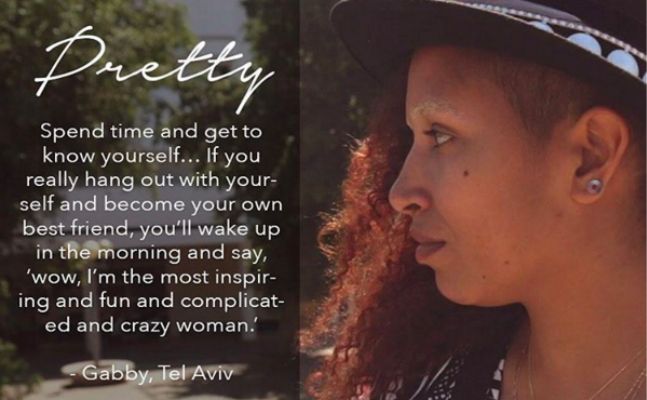 My name is Antonia. I live in Paris, France and I’m the founder of Un-ruly.com, a site dedicated to Black hair and women.

​Explain how the Pretty series came about.

I created Pretty because it’s becoming more and more apparent how much women are valued for their appearance versus other attributes and I’m kind of over that. I kind of want to dismantle the link between a woman’s worth and her appearance and so I’ve started by trying to better understand what being pretty even is. Also, there’s a really big conversation happening right now about beauty, body image and acceptance and I wanted to add these particular voices to that conversation.

It’s becoming more and more apparent how much women are valued for their appearance versus other attributes and I’m kind of over that.

What are some eye-opening things you've heard from the women you have spotlighted?

There hasn’t been anything eye-opening per se, more so insightful. Each woman brings the uniqueness of her experience to the table and I learn something new from that. I loved the idea that we need to question beauty or that beauty means knowing you’re enough as you are. Or that you can find beauty in sisterhood. 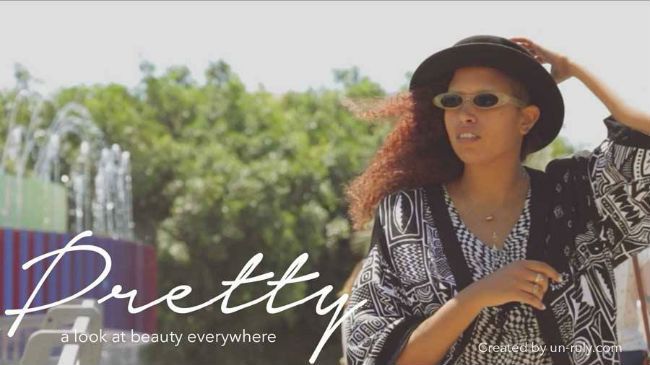 Your current city and latest episode takes place in Tel Aviv. How do you choose the locations of your series?

My goal is to eventually hit up every continent! I’ve chosen a few countries in each continent or region based on whether or not there’s an interesting story about the Black community there. When I chose Tel Aviv, a friend had actually visited the city and told me about the Ethiopian community so I looked into it further and decided I had to go there.

There’s a really big conversation happening right now about beauty, body image and acceptance and I wanted to add these particular voices to that conversation.

What is your perception of beauty? Do women place too much emphasis on appearance?

I think beauty is beautiful. I’ve begun to appreciate it more since working on the series because I’m able to see it in more forms; I see a lot more beauty in a person’s story than in his or her appearance nowadays. I think we all place a lot of emphasis on appearance and for good reason. It’s what we used to create a first impression. It’s the first thing we say. It can trigger positive physiological sensations. But I do think we let our appreciation of physical beauty overshadow the other forms of it. 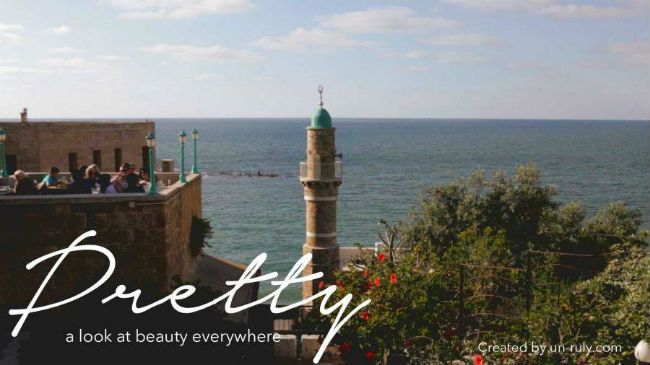 While traveling and filming have you faced any scary or uncertain moments?

I was told to be really careful in Casablanca, Morocco because I was traveling alone and with expensive equipment. I was REALLY cautious there, didn’t really go out at night. But I never faced any uncertain moments. I follow the saying, “common sense will alleviate 99% of problems.”But I guess in Tel Aviv, I had brunch with one of the interviewees and the entire restaurant had to be evacuated mid-way through the brunch because of a bomb scare. ‘Funny' thing is the whole process was really routine for everyone. So it wasn’t scary at all.

When people say that the definition of beauty is narrow, it really really is. 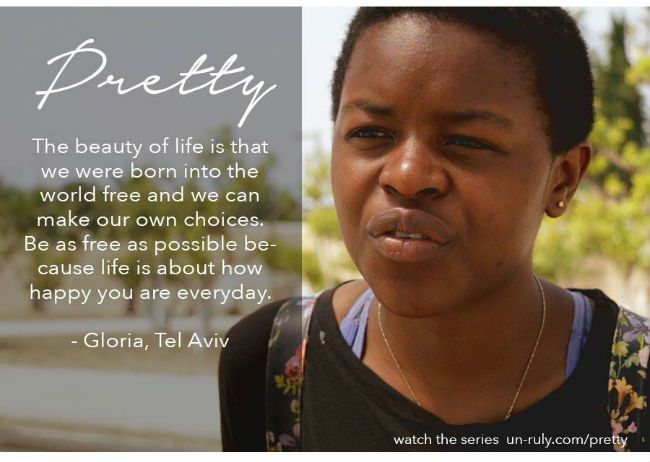 In London, what are some surprising things you learned about in regards to beauty standards?

This is probably obvious, but the fact that what’s shown in mass media isn’t what’s ‘real’ really hit me in London. London is one of the most diverse cities in the world but I don’t know if diversity is what comes to mind when one thinks about the face of London. When people say that the definition of beauty is narrow, it really is. What we’re seeing in mass media is not even the tip of the iceberg, it’s perhaps just one molecule of the iceberg. Media really doesn’t do justice to the breadth of beauty and I think this is a point that came up strongly in the London interviews and when we screened a few episodes of Pretty in the US, that topic dominated the conversation.

What is the biggest thing you want the viewers to take away from watching each episode of Pretty?

First, I would love for each viewer to find one story or many stories in the series that they can relate to. I’ve started feeling a greater sense of connectedness since starting the series and “biggerness.” I know that’s not a word but meeting all these women of color around the world, I’ve gotten a better sense of the expanse of our global community and I want women around the world to feel that too because there’s something very comforting and empowering about that feeling.