Why I Revolt Against the Natural Movement 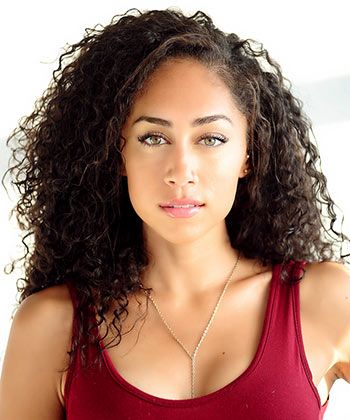 My relationship with beauty, specifically my own, has been a rocky one.

Read that sentence aloud in a room-filled with women and I dare you to spot the person who doesn’t nod or lower her eyes with an Amen. When I was a kid being the only mixed person, seemingly in the world but definitely in my neighborhood gave me considerable doubts as to what I was supposed to look like and if that look was beautiful. I did a lot of DIY things to my hair (without the help of YouTube gurus so please insert the most absurd mental picture here). In my teens the only women who looked like me that were considered beautiful were video vixens so I dove into the whole fried orange hair, straightened to a crisp vibe like it was the coolest thing since butterfly clips!

My twenties were a time of great exploration in beauty, in self, in sex – you get the picture. Here is where I discovered the beauty of my dark, curly hair and best of all, I did it with an army by my side! Slowly the curly/ kinky movement had begun to take shape right beneath my coils and for the first time since bad perms went out of style, I began to see women like me wearing their big hair within big roles. It was a revolution, one that if you weren’t apart of may have seemed frivolous but these budding affirmations in my beauty were monuments.

This, to me, is where the kinky/ curly-hair revolution shined bright, during a time when many of us needed to know that it was more than okay – it was fabulous – to feel beautiful in your own hair. With so much pain and alienation associated with the way God made our tresses fall, yes we did need that.

But after a revolution must come normalization not alienation.

We shouldn’t press on with the same steadfast, headstrong approach that was necessary to break that wall for the rest of our days. Because through gaining outward acceptance, acceptance from within should follow suit. Finding your beauty is a wonderful amazing feeling and anyone who is able to attain that, in their own, evolving time is lucky!

This is pretty much why I find issue with the group of people who found their beauty by styling their hair without chemically altering it or adding additional tracks, dubbing themselves as the “natural” ones.

Without taking away from the spirit and historical relevance of the movement, let’s dissect the word – what does it mean to be natural and what historical context has it been used in?

The word natural order is used to justify racism, prejudice and classism by claiming that there is a pre-ordained explanation as to why one group deserves better than the other. The term natural love is used to rob people who aren’t heterosexual of their dignity while following their hearts. And natural selection, essentially gives people the power to play God. 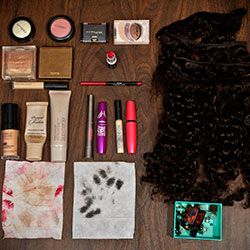 The more I thought about it, the more I saw natural as a way to control, not empower. And then I looked within my own community – the weave shaming, double standards, peer pressure and sometimes straight bullying that went on. And I do believe this sense of entitlement is directly derived from the word, a word which I also believe few can live up to. Once you add color, a particular cut, a mountain of product, damn even a twist-out you are altering your “natural” hair. So why feel so bold as to shame others who choose more overt methods?

As I mentioned I am extremely grateful for the kinky/ curly revolution but I can’t support the natural one. Especially since after understanding my hair I began to experiment to find what worked for me and in the end texturizing my hair every six months and adding 4-6 extensions on days I intend to have a good hair day, became apart of my routine. Every other race who finds their hair to be beautiful and powerful experiments openly with its capabilities without so much as a raised eyebrow so why the heck shouldn’t we all do the same? Love your hair the best way you know how and have love for anyone who has done the same or is on their own journey to doing so.

I don’t believe there is a true natural, no one lives exactly how God intended, we are all just doing the best we can to see that light in our own eyes.