From my clothing to my hair to my makeup, every choice I make is a form of radical self expression. I will bask in this glow. 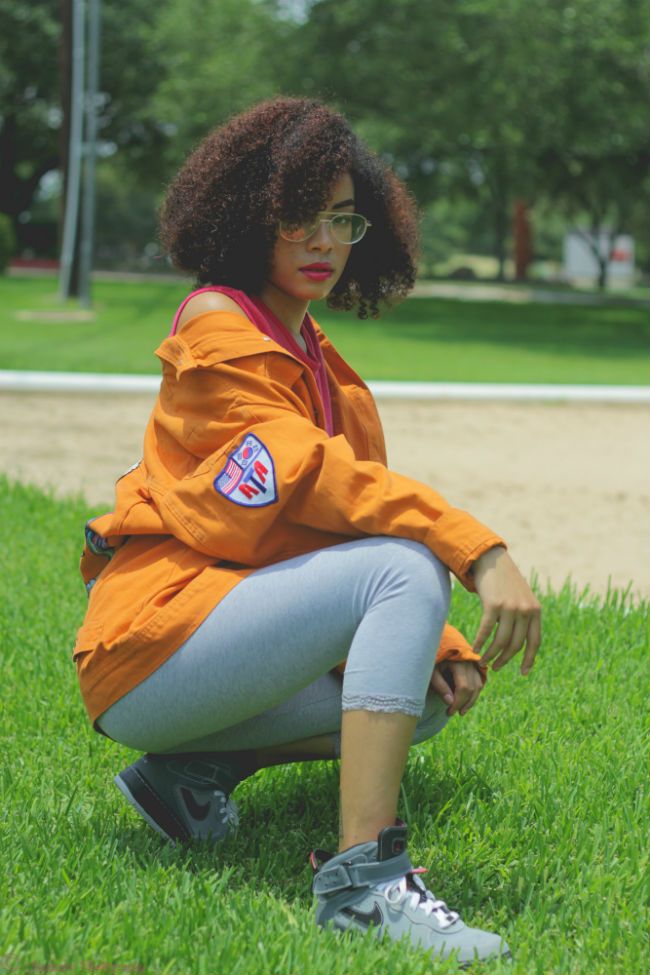 The other day I was at the grocery store when a much older white man approached me saying, "You're the rebellious type, huh? Kids these days. You'll learn one day what is acceptable."

I know, I was shocked, too. I never go to the grocery store.

But really, all jokes aside. What in the world made this man feel like his comment was 1) appropriate enough to share and 2) compelling enough that I would at least sort of feel him on the subject matter? Sadly enough, I've heard plenty of these types of comments since returning natural some years ago. I've always worn bright colors and shown pride in where I come from, but perhaps the combination proved to be too much for the man to quietly walk by without making a declaration against my 'rebellious' dress code. 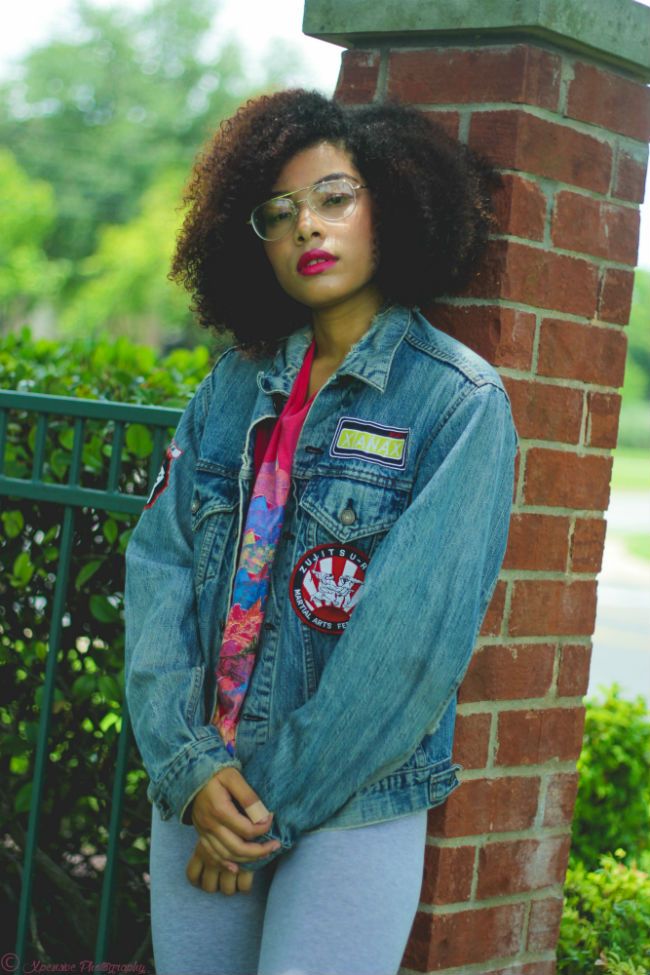 That, my friends, is called privilege.

It is quite the cunning way of another person invoking a sort of unspoken authority over me through crafty words and behaviors, for no real reason other than the fact that they feel it is owed to them. It has a lengthy rap sheet, especially in American history. In his work, W. E. B. Du Bois would mention the "psychological wage", intended to create a sense of superiority from one class or group of people over the other. We don't have to get into a full blown history lesson; nonetheless, I have a feeling you have either witnessed or experienced firsthand this form of oppression before.

Everything was wrong with this man's statement and yet, I couldn't help but shrug it off, dismissing him with my staleness. It reminded the fact that there is a huge population of people in the world who might share his two cents. I had questions that needed answers but I realized, in the moment, they were best asked internally and reflected upon rather than directing back to the man. 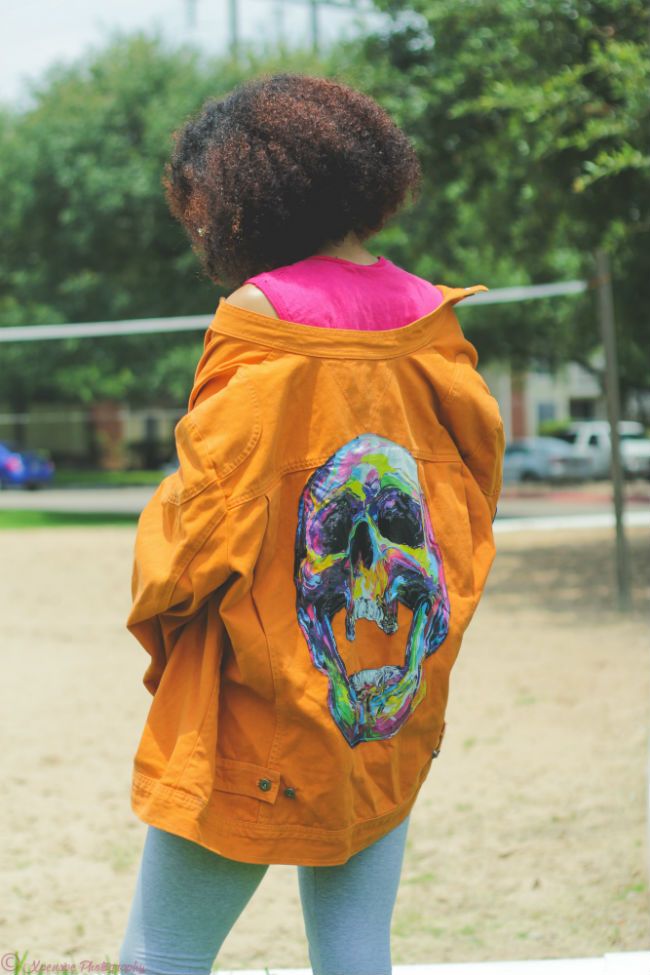 What or who deems my clothing and hair choices 'acceptable'? What past or current systems have given you the impression that I am rebellious in nature, and do you agree with those notions? Finally, what implies that I would benefit from your ignorant comments?

Read more: You've Got to Stop Asking Curly Girls This 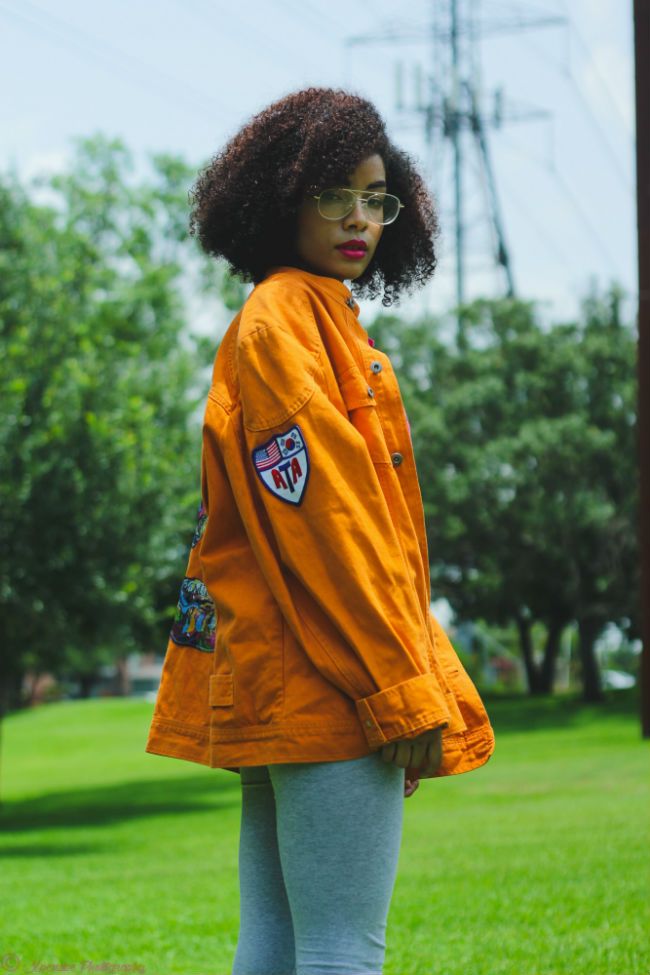 I am my own version of beautiful.

If someone disagrees with my my choices, he or she can take the issue up with themselves. From my clothing to my hair to my makeup, every choice I make is a form of radical self expression. I make the conscious decision to embrace every single part of me and will not allow another person to deter me from basking in its glow. The only correlation of my appearance to my personality is my stance against capitalism and Eurocentric beauty standards placed into my mind and the minds of my relatives. As Marshall Harford III said, "To love yourself is to hate Capitalism in all its forms." Personally, I couldn't agree more. If my hair and clothing offend you: sorry but I'm not sorry. Wake up.

How do you practice radical self love?

Keep up with me @DevriVelazquez | Photos by Kameron Jackson with @KidAtHeartTX