How Did Your Mom Shape Your Beauty Awareness? | SheaMoisture Hangout & Giveaway 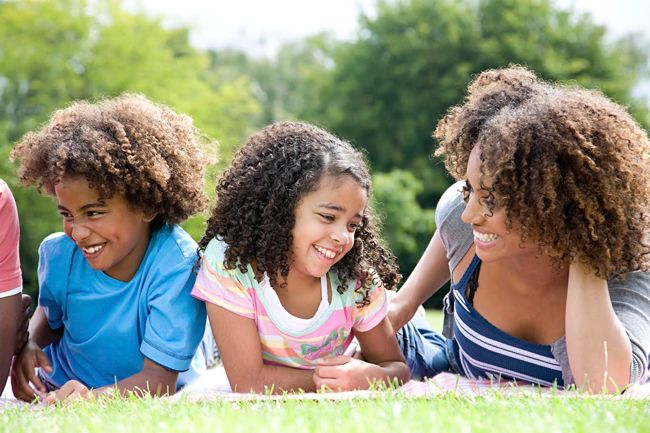 Growing up, I remember my fascination with my mother's long silky, very straight hair. It was so different that the tufts of cotton candy curls that grew out of my own head. She would take me to the salon to get it cut into a pixie, which she thought was cute and low maintenance. That pixie, which I wore until middle school, helped shape my feelings about my curls. I felt trapped by that short haircut, which set me apart from both my mother and sister and their long, straight hair. I was different, but not in a positive way.

To this day, the thought of cutting my hair short horrifies me, dredging up memories from my childhood and people mistaking me for a boy. It has influenced the messages I send my own curly daughter in my desire to help her grow up with positive feelings about her hair.

SheaMoisture understands the power of that mother-daughter relationship, and how it shapes our self image. In their short film Hair Raising, the company brought together a group of women with unique stories - women of all ages, ethnicities and occupations. They include celebrity hairstylist Diane Bailey, blogger Jennell Stewart and Dr. Tatiana Arteaga Teo. I was lucky enough to be one of the women profiled in the film.

You can watch the full film here.

We asked SheaMoisture about the project:

How did the project get its start?

This project was originally slated to bring together a group of women to learn different styling techniques with our brand ambassador, who specializes in textured hair, Diane Bailey. It was intended to be an intimate gathering for learning and sharing. We saw an opportunity to work with a producer, by the name of Jodie Patterson who created a beautiful documentary, called “Girl Crush”. It conveyed the creative style, look and feel of what we were looking for. It was a chance for the brand to elevate this concept and touch on a subject that is very common in most households/families.

The video has evolved into so much more. Tell us about that.

SheaMoisture's goal was to drive home the message of self-acceptance and defining one’s own beauty (a generational story). We wanted to encourage and “vitalize” a conversation among the community around their overall hair experiences from childhood to adulthood. The call to action in the end is that people would be encouraged to share their individual stories around their hair experience as a child, how it has evolved in their adulthood and/or the path they are paving for their daughters.

How were women selected for the video?

The women were hand selected by senior management as they were women who fell within their inner circles. The goal was to ensure these dynamic group of women conveyed the diversity of what our brand represents.

What are the things you want people to take away after watching the video?

We want to be seen as a leader on the theme of self-acceptance as a message that can be communicated from generation to generation. This is a journey that can appeal to all! 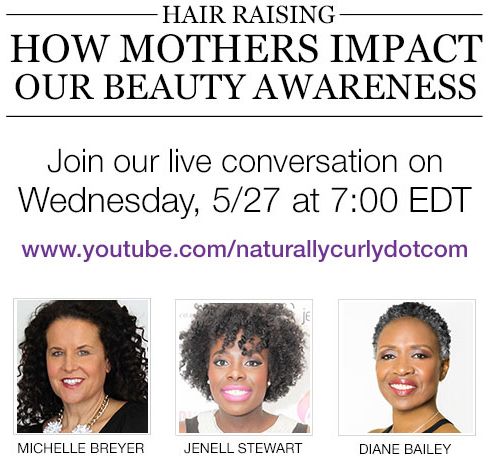 In addition to talking to creating this documentary, SheaMoisture is opening up the conversation about mothers and their impact on our beauty awareness. How do you plan to guide your daughter in her journey of self-acceptance and in celebration of her unique beauty? Join us for a live conversation with the stars of Hair Raising: Michelle Breyer, Jenell Stewart and Diane Bailey.

Comment below and telling us how your relationship with your mother has influenced your feelings or perceptions about your hair and you can win a mother-daughter set of SheaMoisture products!

This giveaway ends May 31st.

The SuperFruit Complex Collection and the Kids Coconut & Hibiscus and Mango & Carrot products.

This giveaway is open to U.S. residents only, as per our Terms and Conditions.

*Please make sure you have liked us on Facebook, so that when we can notify you if you've won.