"I Cut Off My Dreadlocks Once I Understood Their History"

"Cutting off my dreadlocks didn’t make me an instantly "good white person" or even a trustworthy ally, but it sure as hell dismantled some of the barriers that stood in the way of cultivating deep, meaningful relationships based on mutual respect, trust and solidarity." 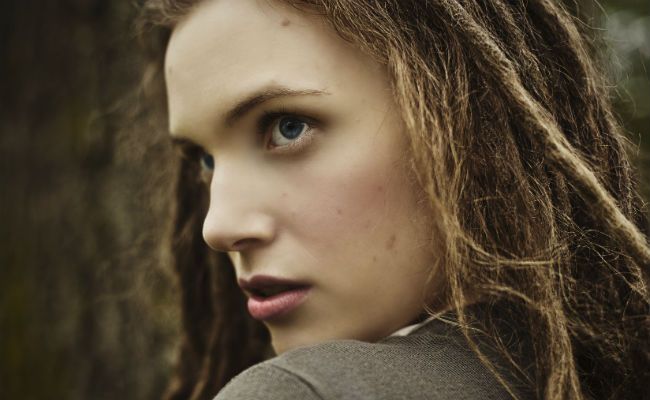 Living in the world today is a melting pot of many cultures being meshed and blended, which in turn creates hybrid trends. And although there is a continuous blending, there are some cultural practices that hold high significance to particular sub-cultures and religions--like Rastafarian and East Indian--and their connection to dreadlocks. A large part of this historical misunderstanding is where cultural appropriation comes into play.

Writer and musician Annah Anti-Pallindrome spoke to me about her experience as a white woman in America with dreadlocks, from her evolution to her decision to cut them off.

What daily life was like as a white woman with dreads

Annah spoke about the empowerment she felt, as well as not being pre-classified as the member of a gang or another socially excluded group. In fact, she was still considered an 'employable member of society'. Supervisors of her workplace often put her in places of authority over co-workers of color that may have more experience and education in their profession.

As a feminist, Annah believed her dreadlocks sent a message defying the standards on physical appearance that patriarchy had established for women of society. Her perspective on the rejection aligns closely with the old teaching of East Indian spiritual leaders; to reject the seduction of vanity. However, at the time Annah had no idea of the concept of cultural appropriation.

Becoming aware of the stigma behind wearing dreadlocks in America?

It took a collection of reading material and article suggestions from close friends for Annah to understand the implications of her choice. She specifically learned that the way members of society viewed her as a woman with dreadlocks was not the same lens that black people were viewed through. “I learned that black folks in the US with dreadlocks are not seen as quirky or alternative but as dangerous and militant.” Reading through various articles and blog posts led Annah to an understanding that white people spent centuries taking whatever they desired, including cultural customs that were interesting at that particular time.

Above all, her biggest takeaway was that the standards applied to her were not granted to people of color. Wearing dreadlocks as a white woman portrayed nonverbal claims of superiority, such as “Your legacies of cultural resistance are so irrelevant that they’ve become nothing more than a fashion accessory to help me evade the expectations of white womanhood!"

Annah said that cutting off her dreadlocks was a form of accountability for the message she was unaware she was sending and its historical legacy of racial violence.

“Cutting off my dreadlocks didn’t make me an instantly 'good white person' or even a trustworthy ally, but it sure as hell dismantled some of the barriers that stood in the way of cultivating deep, meaningful relationships based on mutual respect, trust and solidarity,” says Annah. She holds the belief that the fight against societal preference toward another group can be accomplished without carrying on the legacy of disrespect that has lingered on through generations.

Oftentimes, people take on a style they perceive as 'trendy' without having the proper knowledge of its origin.

It may be done with the intentions of being a trendsetter; however, educating oneself on the history of a specific ethnic trend can relieve the social and racial tension. This is not to say that everyone should be a walking history book of popular trends, but that we should be considerate of how our imitation of a cultural trend may be viewed from the originator's perspective.