My Fight With My Curls - And Trichotillomania | The Curly Monologues 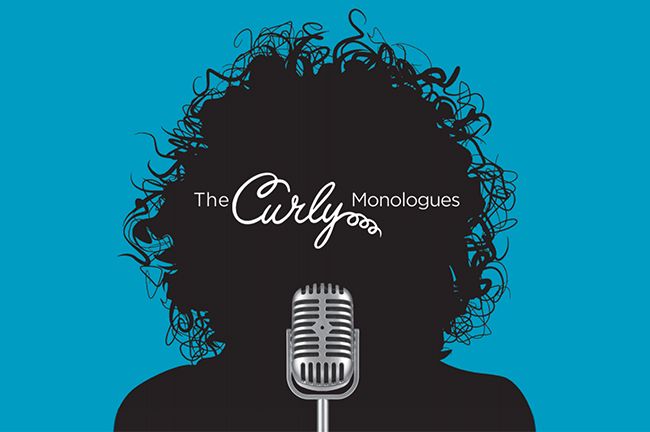 Patria Diaz’s curls have dominated her entire life. Bald until she was 3 years old, she sprouted a mane of tight ringlets that her straight-haired mother had no idea what to do with. She spent years being dragged to the Dominican salon to have it straightened.

“I hated everything about it,” Diaz recalls. “I didn’t want to be a salon girl.”

In addition to fighting her curls, she developed trichotillomania, also known as hair pulling disorder. The disorder that involves recurrent, irresistible urges to pull out hair from your scalp, eyebrows or other areas of your body, despite trying to stop.

“It was my dirty secret,” Diaz says. “Every single strand of my hair has been pulled out at one time. I had actual bald spots.”

To hide the bald spots, she wore a weave, actually gluing it to her scalp in some areas. For 10 years, she spent years gluing hair to different parts of her scalp.

When she turned 30 last year, she was finally ready to see what her natural texture looked like, doing a Big Chop in September 2016. She hadn’t seen her natural curl since she was a little girl. She’s still getting used to her short curls – the unpredictability, the shrinkage, her lack of confidence without straight hair.

Like many curly women, Diaz’s hair has been a defining part of her life, helping shape who she is. Every curly woman has a story, a unique journey that involves their hair.

For New York producer Jonathan Pillot, those stories are pure gold. He has woven them into The Curly Monologues – a project he has brought to cities from coast to coast, with sold-out shows. He begins a 3-night run in New York Sept. 16 at the JCC Harlem followed by shows at the 14th Street on Sept. 27th and 28th. Diaz will be one of the women sharing her story.

“What happens when a melting pot of women assemble onstage, performing passionate, self-written monologues that get to the essence of who they are, who they’ve become?” Pillot says. “You get the extraordinary magic of The Curly Monologues.

The Curly Monologues has a similar format to the much-celebrated Vagina Monologues, a play written by Eve Ensler in 1996 that delves into sexual experiences, body image, reproduction and other topics through the eyes of women of various ages, races and sexualities.

Pillot stresses that The Curly Monologues is about much more than hair. The personal stories are authentic performances “by regular people that touch on everything that makes us human, celebrating our unique, individual experiences and the larger connective tissue that binds and connects us together.”

The shows also illustrate how the topic of curls and coils spans age, ethnicity, gender and geography.