Bombastic, breathtaking, beautiful, and unapologetically Black...need we say more about the recent film debut of Queen Bey? Black Is King premiered last week and the internet has been buzzing about the iconic hairstyles, makeup, and larger than life film set as a love letter to the roots and history of the African diaspora. Beyoncé's latest feat of genius reflects her own unique spin on Disney’s Lion King as she invites viewers into the royal and regal story of a young boy walking through his past, present, and future narrated by the musical styles of her album The Lion King: The Gift. It is brazenly Black and celebrates the beauty of African culture through music and visual storytelling that uplifts Black people and dares to challenge anyone exploring their sense of identity and culture as it relates to their ancestry. 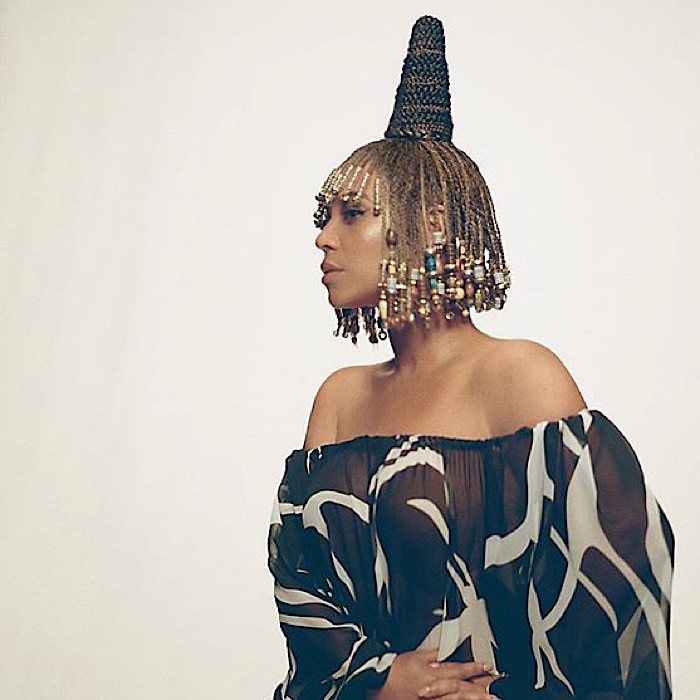 In all its glory Black is King is an 80-minute visual of ethnic wonder that serves as a tribute to Africa and the magic of its people. The film features afrobeats from South African artists Moonchild Sanelly and Busiswa blended with hip thrusting choreography set against the backdrop of an Africa layered with people dressed in fringe, bejewelled accessories, leopard, cowhide, flowing locs, and 30 feet of braids. Yes you read correctly, 30 feet! To say the internet was gushing over each and every Yoncé look is an understatement...because they were brimming with awe and pride at the stunning production of style and hair that was displayed in all it’s fierce and fabulous natural glory. 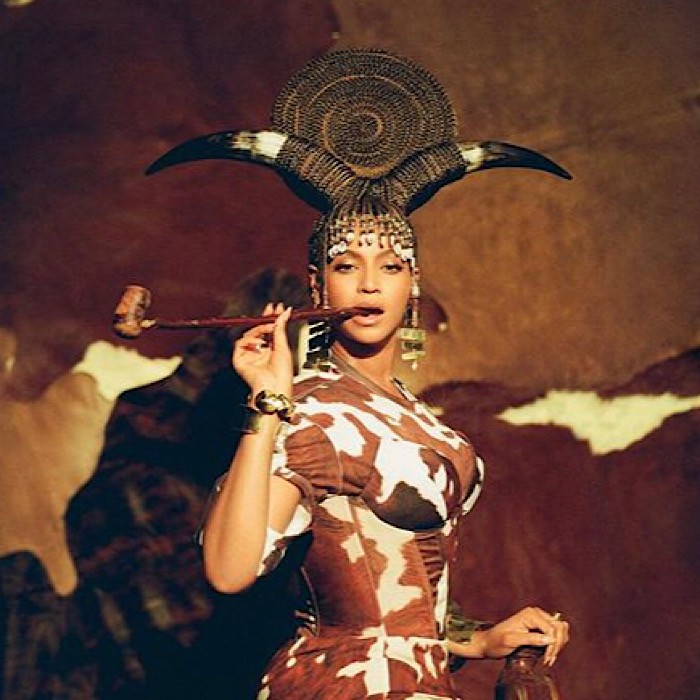 Beyoncé assembled a top notch team featuring long time stylists Kim Kimble and Neal Farriah who collaborated with Nakia Collins, Xia Charles, Safiya Warner, and Kendra Garvey (to name a few) creating over 40 wigs throughout the film. This team worked together to braid, weave, and sew each look to reflect Black beauty and the rich heritage that goes into a floor-length weave or an intricate bantu knot. Paying homage to the history behind each style was critical for Neal Farriah who has shared the inspiration behind each individual look whether it was a “Braided Crown Mangbetu” hailing from Eastern Congo, highlighting the origins of the “Bantu” created by the Zulu people, or the “Orisha Bunmi” worn by Nigerian women in 1968-1985. As the team worked together to bring Beyoncé’s vision to life they looked for inspiration from the Dinka and Mursi tribes, Senegal, Africa, and ancient Egyptians that brought together elegant and intricate headdresses, horned heads, and lip plates that paid reverence to styles that have become defining attributes of Black hair and fashion.

Naturally Curly spoke with Kim Kimble who has worked with Beyoncé for the past 20 years and was one of the dynamic artists helping create the iconic hairstyles in Black Is King. As an industry veteran she has created some of Beyonce’s most iconic hairstyles in addition to working with artists like Brandy, Kerry Washington, and Mary J. Blige. We were excited to speak with Kim about the creative process behind the Black Is King hairstyles and her love of the natural hair revolution.

How many hairstyles did you create for this production?

“There were several stylists working on this project and a few I worked on were featured in the SPIRIT, Already, and the 30-foot-long braid featured in Water.”

What was the process like creating those hairstyles? Especially the 30 foot braids (OMG)

“We definitely had to test it out, I had six braiders because they had to braid each individual braid 30 ft. long. The process was pretty dope because we weren’t sure artistically what Beyoncé was going to do with it, but we knew it had to be long. I’m sure we must have broken some type of Guiness World Book of Record for the longest braids ever created.” 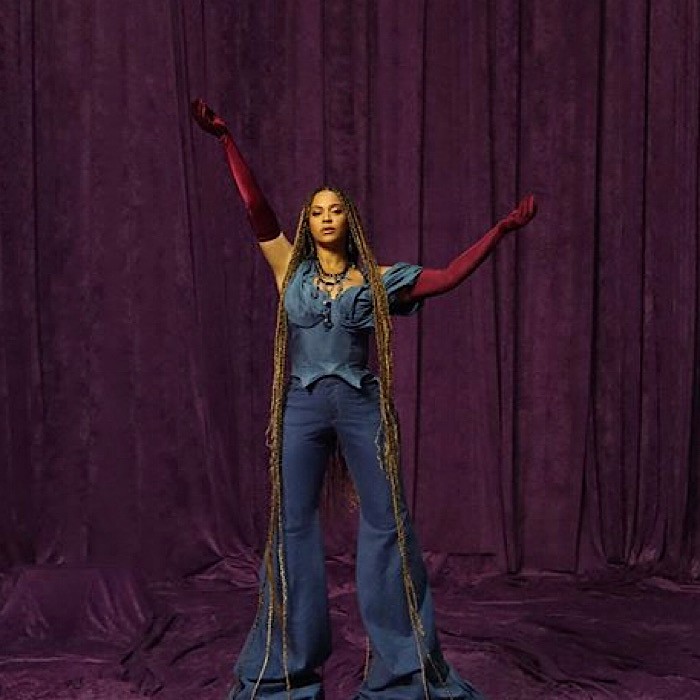 What was the inspiration behind the hairstyles?

“We explored the history of different African tribes and Black beauty. The goal was to blend our culture and African culture in a modern way.”

What were your most memorable moments being a part of this production and working with Beyoncé?

“Anytime I work on a project with her it is memorable because I get to see the whole production whether it’s the fashion or choreography which helps inform how the hair is going to move. It’s a great opportunity to see behind the scenes and collaborate with the creative directors.”

There were several different stylists who worked together for this project, what was that creative process like?

“It was a great collaboration of so many different stylists that blended to be cohesive to the vision and style Beyoncé wanted for the film. The combination of wardrobe stylists, makeup artists, and hair stylists helped execute this beautiful mission she had to tell Black people that we are powerful, we are royalty, take your place, and recognize who you are.” 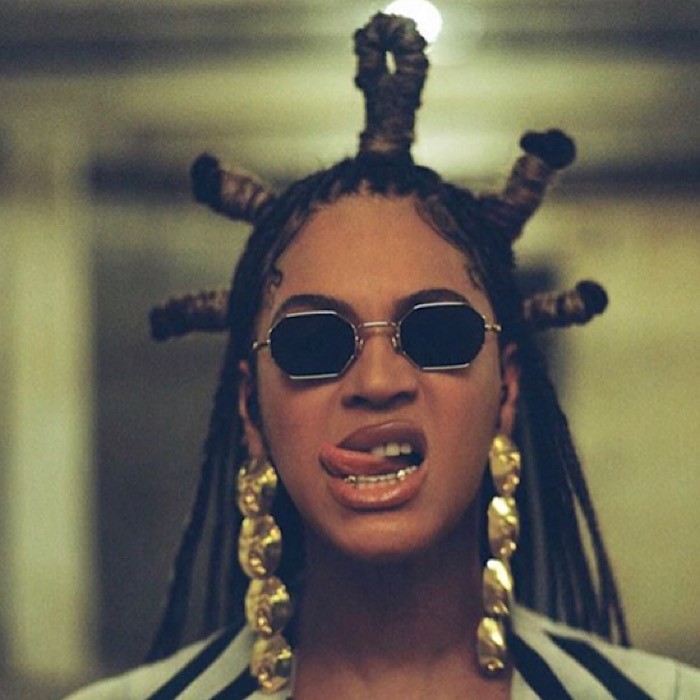 Did you get to go on location and create the hairstyles or were they created before production started?

“We worked on location and got to see stunning visuals in Arizona and California that reflected the African aesthetics she wanted whether it was mountains or The Grand Canyon. I remember red dirt in Arizona which was reminiscent of the red clay African women use in their hair and was incorporated into some of the looks throughout the film.

What was really interesting is not only is African hair very creative, but is indicative of their tribe, who they are, and where they come from. I think what Beyoncé wanted to evoke to people is that we as African Americans with African ancestors come from a beautiful, interesting, and vibrant, culture. That was showcased in each aspect of the film from the wardrobe to the dancing. I love how she combined traditional elements with modern styles” 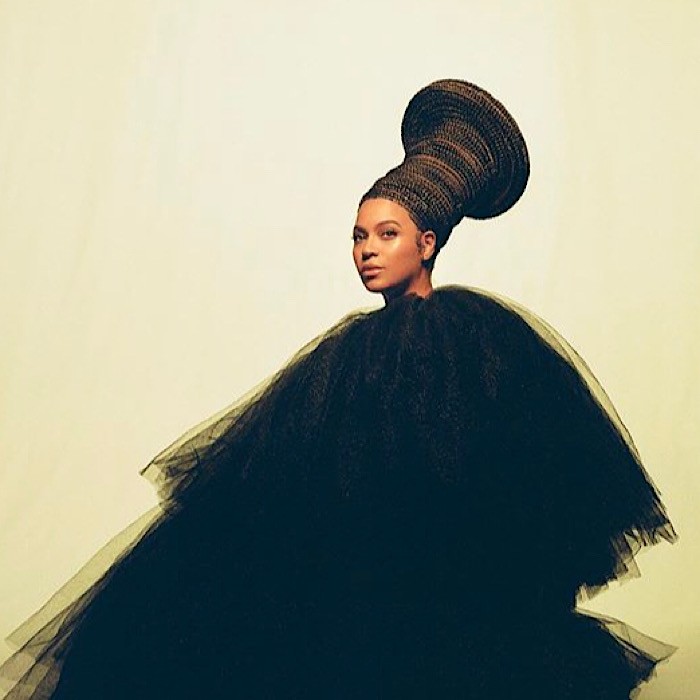 What story did you & Beyoncé want to tell throughout Black Is King?

“I really appreciate African hair and we had originally started incorporating that into her style during Lemonade. Black Is King is really her interpretation of The Lion King and she wanted to convey the beauty of our culture and African hair. What’s cool about being Black is how unique we are in our style, clothes, and makeup and she wanted to convey that imagery throughout the film."

What does natural hair represent to you?

“One of the reasons I created natural hair products is because I wanted people to learn to love their hair and embrace what God has given us. The whole natural hair movement has changed the beauty industry and provided a real source of income and revenue for Black businesses. I’ve seen so many people with beautiful and natural hair who are excited to learn how to keep it healthy and what creative ways they can style it. It’s very eye-opening and revolutionary to me because I personally love the versatility of rocking my natural hair but also throwing a wig, weave, extension or sew-in on it when I want to.

I’m a hair stylist and I like to try different things but working with my natural hair has been a great experience especially during the quarantine as I’m educating my clients on how they can style their natural hair since their beauty regime is limited due to the pandemic. Natural hair is love and loving yourself. Even when Lemonade emerged I remember Beyoncé shifting into more textured hairstyles and I love that she continues to be a representation of that for the younger generations. I thank God for natural hair. 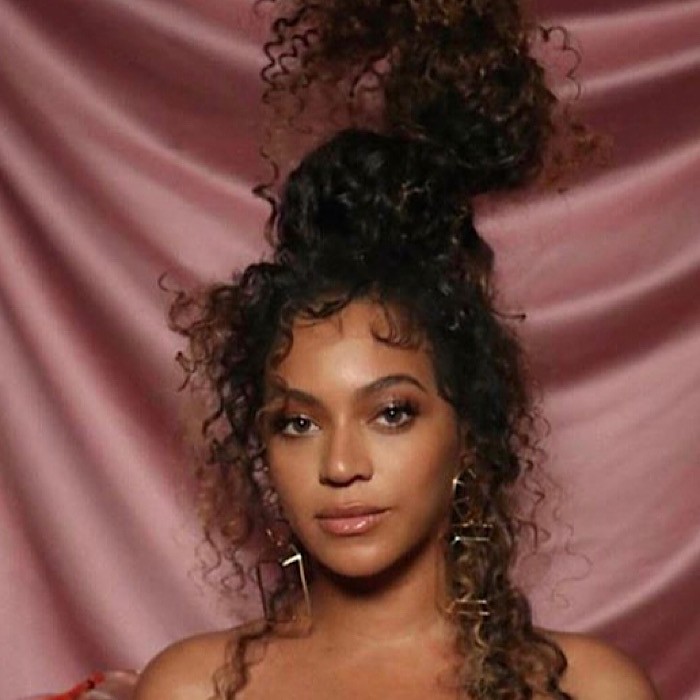 How do you hope to redefine natural hair in Hollywood and beyond?

“Natural hair is here to stay and I’m so happy to see that being reflected more and more on screen. I see so much of it evoked on television and I love that I contribute tools, products, and accessories to help enhance our natural beauty. As a celebrity hairstylist I try to educate my clients on the beauty of natural hair and how to protect it by wearing wigs and maintaining protective styles so it can remain healthy. You have to really nurture, condition, and take care of your natural hair properly so you see the true beauty of it in all its glory. I love to see how strong the natural hair movement has become for younger generations and that they embrace who they are and don’t allow people to define them.”

Did you watch Black is King? If so, what hairstyles were your favorite? Let us know in the comments.