My Latest Hair Fails - And How I Bounced Back 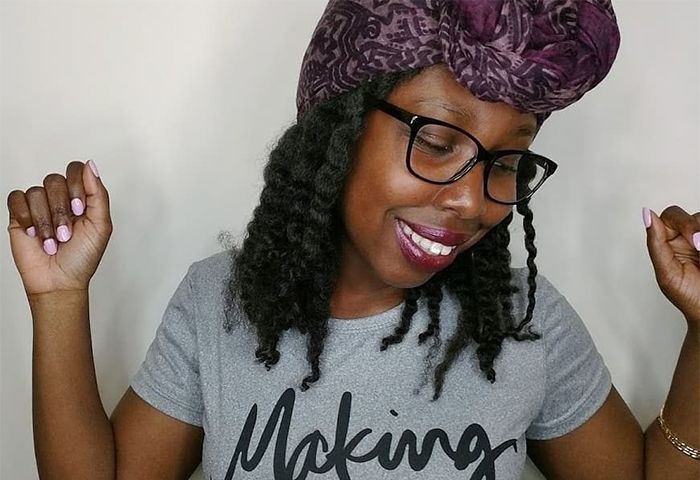 I'll never forget the very first time I tried to make my own deep conditioner using avocado and honey years ago. Boy was it messy and an ultimate natural hair fail. It's a funny story now because many of my friends and curlies see me as this DIY natural hair guru - but it wasn't always like that.

This avocado and honey conditioner - which I have now perfected and show other people how to make - was a disaster because I missed one very important step. "Blend until smooth." Let's just say there were bits of avocado everywhere in my hair. Being a curly girl with dark-colored hair, it was extremely noticeable. I just couldn't seem to get those little bits of green out.

Today during my online and in-person DIY shampoo + conditioner classes, I spend 5 whole minutes telling my students how important it is to "blend until smooth." It may be a funny story now, but back then, it was the ultimate fail.

The time I cooked eggs in my hair...

I've had many other friends share similar experiences when using egg in their deep conditioners. They mix up an egg with mayo and use warm water to rinse it out. Bad idea. The egg cooks in your hair! Long story short: I've learned to do thorough research on a topic or ingredient before jumping in the kitchen to whip up something. There are plenty of times we as curlies take each other's advice by trying out natural hairstyles and techniques that just simply don't seem to work for us or our hair texture.

Why I flip my mindset

Let's face it, failing at anything can be a major blow to your confidence, but I look at it another way. It's actually beneficial for you if you flip your mindset. Instead of viewing failure as the opposite of success, look at it as part of success - because it's true. If you would've never tried that hairstyle or technique and failed at it, you maybe wouldn't have found your signature style. You may not have discovered your favorite product. It's all about expectations. When you try to replicate something, know that it may not turn out exactly as you saw it because that person may have a different length, hair texture and density than you.

Vloggers, bloggers and other influencers in the natural hair community can make some styles look effortless, but that's because it works for them. They are sharing in hopes that you can relate to it, but maybe you'll create your own. When I try a new hairstyle and it doesn't come out as expected, I realize, I just need to change my viewpoint. Many times, the styles that I thought "failed" were some of the most popular on my natural hair blog and social media channels. I actually end up starting with one style in mind, but creating a new one as I go.

You may think it failed because to you, it doesn't look exactly like the original, but in reality you've just sprinkled a little bit of your own flavor on it - and there is nothing wrong with that.

Have you experienced a hair fail or several?

Let us know in the comments below how you bounced back.