How Curlies are Using the Buff for Second-Day Hair

One of the latest hacks to hit the curly world involves sleeping in the Buff. Now, before you think we're getting racy, we're not talking about sleeping naked! We're talking about using a Buff at night to achieve great second-day hair, and great volume.

So what is a Buff?

The Buff is a long, wide tube of stretchy fabric that is intended to be scrunched up and placed down over your head and then extended up to be worn as a neck gator, or over the top of the head and around the neck for warmth. This colorful headwear is popular with cold-weather outdoor-activity enthusiasts, and with motorcycle riders or "when the top is down on the Jeep," according to CurlTalker Jeepcurlygurl.

But ever-inventive wavies and curlies have found a new use for this tubular headgear. They're wearing it at night to protect and contain their curls — all in the pursuit of second-day (and beyond) hair. 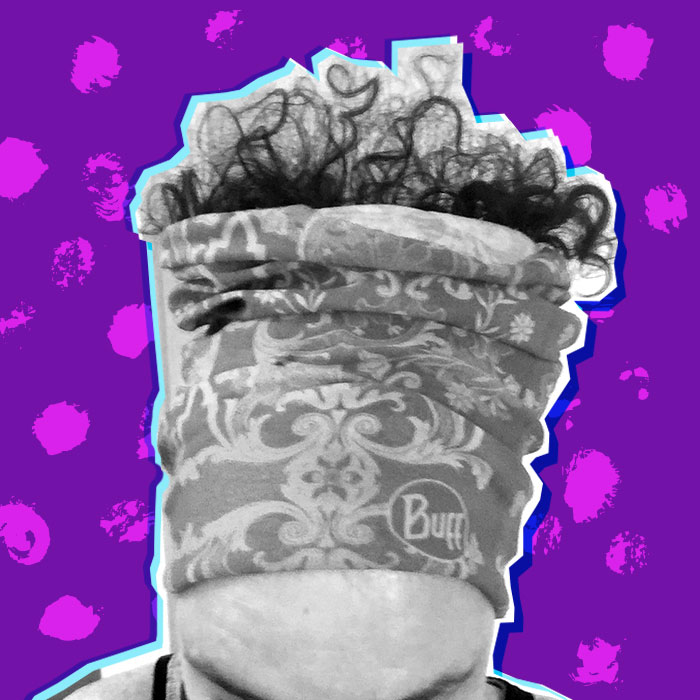 How curlies are using it

"I used mine last night on freshly washed, dried, styled hair," says Jeepcurlygurl. "It was very comfortable, stayed on easily, and my hair had va-va-volume this morning!"

Is the Buff Better Than the Pineapple?

CurlTalkers and YouTubers appreciate this method as an alternative to pineappling, because it doesn't leave the scrunchy indentation that pineappling can. It also doesn't stretch out and straighten the hair, as can happen with shorter hair styles that have to be pulled tight to get into a scrunchy.

"I love it! Pineappling and satin caps never worked for me, but this does," says CurlTalker Sixelamy. "I get third-day hair out of it with very minimal styling in the mornings."

Some Buffers find they need to scrunch a bit of water into the hair around the facial area to revive a bit of flatness, but others just remove the Buff, fluff and go! 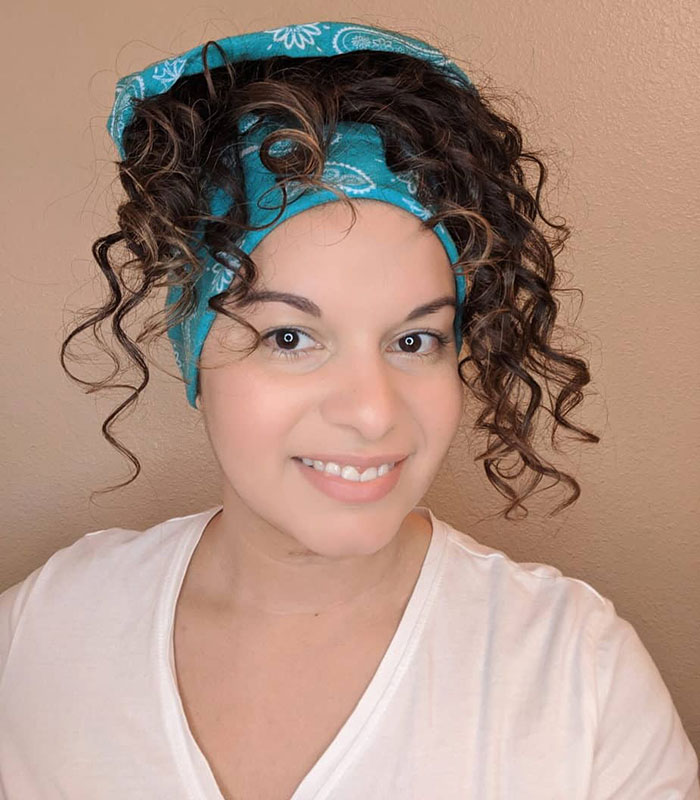 While there are knockoffs available, I ordered a beautiful, bright pink tube from the BUFF company. I love it. I cannot stand my hair running loose at night, getting in my face and being generally annoying. So having the Buff contain my hair and keep my ears warm is wonderful. 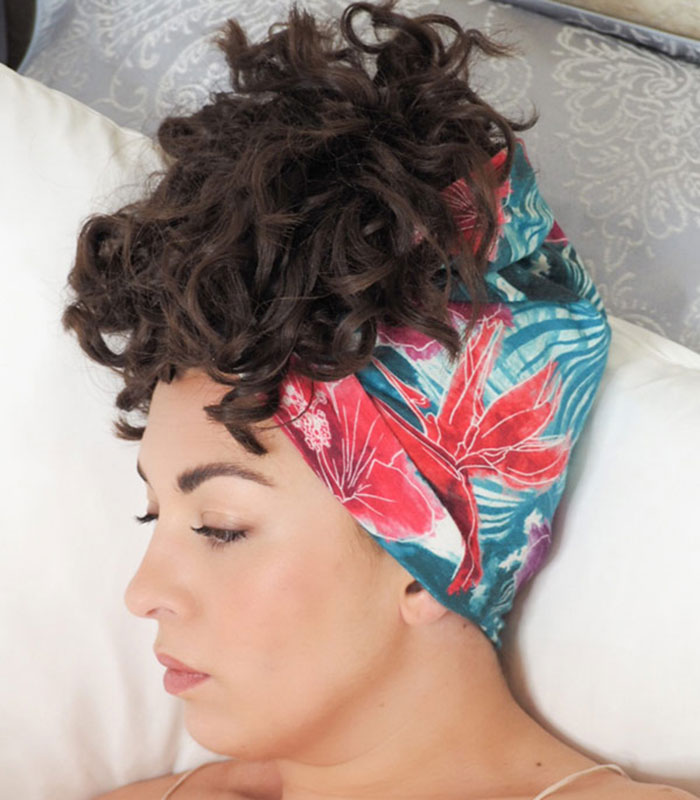 Issues with The Buff

I carefully pull it off in the morning and my hair looks great. I do wish there was a version that was lined with satin; that would be even better. The one I ordered is made from "soft polyester microfiber performance fabric," according to the company.

Another issue some users have found is that the Buff can sometimes come off in the middle of the night. Buff sells a "slim fit" version that is narrow and might address that problem. Gabriella aka Curl Maven says "It’s tight enough to stay on during the night, but not too tight that it causes headaches. It can often slip up at night though, and does flatten the back but not as bad as a silk scarf."

Jeepcurlygurl likes her Buff so much, she's taken to wearing it when she's just chilling, too. "This is actually a quite comfortable way to wear my hair around the house," she says. "It gives my hair and head a break from the weight of having it down and keeps it out of the way!"

I agree. I like wearing it while watching TV or whatever. It gets my hair out the way and, since our house thermostat is always set at PolarExpress°F, it keeps my head warm. I just have to remember to take it off before I answer the door!

This article has been updated with additional links and photos.