"I Was Natural Before It Was a Trend"...So What? 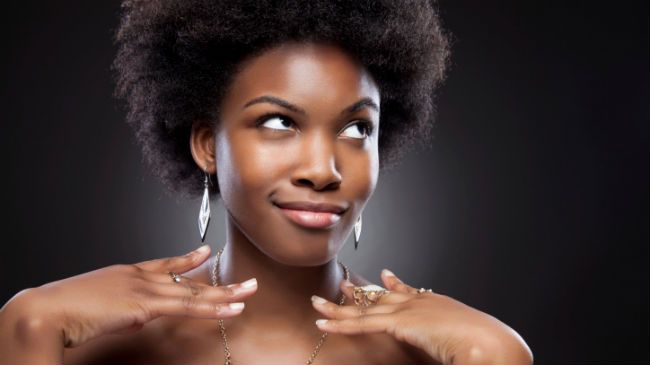 As if we truly need another division, there is the nagging realization that some naturals are holding up their noses to other naturals. There appears to be an air of snootiness that is unbecoming, downright ugly, and when you think about it, it’s pretty petty. Who is more natural? The natural who just stopped using relaxers a year ago, two years ago, or ten years ago? Wait, what about the naturals who have been natural all of their lives or have been natural for over twenty years? Honestly speaking...who cares?

Actually, quite a few veteran naturals (naturals who have been natural prior to this growing wave of acceptance) care and as we see a rise in the natural hair movement, they are getting louder in their disdain for all the newcomers. Is this normal? Do veteran naturals need to voice their greatness at doing this before it was “trendy?” I’ve seen tees, memes, and rants on social media announcing they were natural before it became "trendy." I don’t get it and here’s why:

I was natural before this new wave of acceptance. I’ve been natural for almost ten years and the journey was super rocky in the beginning. I had no clue what I was doing and finding information on natural hair care was nearly impossible. Not many blogs, vlogs, or magazines were explaining what to do and let’s not even get into the lack of products to help my tresses. I was pretty much on my own until I found Miss Jessie’s in 2008 and a few online sites like Curly Nikki the following year. This newfound support was necessary and nurturing. I began seeing my hair as less of a hindrance and more of a unique beauty that has been misunderstood and neglected. I was excited and gobbled up the knowledge because there wasn’t much at the time.

Springboard to today and you can’t go anywhere without seeing a natural walking down the street. You can’t jump on social media without hearing about a natural hair event or a new book coming out, and we actually have natural hair superstars that are as revered as experts in the field. It’s overwhelming sometimes but a blessing nonetheless, and it makes sense as more women are big chopping and transitioning everyday. My confusion stems from the bitterness some veteran naturals feel toward the newer ones. Why are they mad? Why do they need to announce they were here first? Believe me, there is no prize for going natural before it was "trendy" and most of us have the battle scars from the lack of information, products, and support. Maybe that’s that the point. We did it when it was hard, unpopular, and risky.

I truly don’t understand the need for the anger or even acknowledgement.

Yes, I’m proud of going natural so long ago, but if it wasn’t for the popularity of going natural, there wouldn’t be an abundance of information, products, and support that we have now.

This division is neither needed or appreciated and it’s certainly not productive to the movement. So you were natural before it was "trendy"…so what? Does it change the love so many women are getting for embracing their natural texture? Your push to nurture your natural tresses made it easier for others to do it, and as the pioneers of the movement, please understand that newly naturals appreciate your hard work, determination, and drive. You trail blazed the love for our natural hair, and as newly naturals approach you to compliment your beautiful hair, just smile and say thank you. To broadcast you were natural before it was "trendy" is hurtful and unnecessary because the power of the movement stems from a unified acceptance of others and ourselves. It takes all of us to keep it going.

Be proud of being first, just don’t throw it in someone else’s face. Natural hair is beautiful and it's ok that it took some of us more time to make that connection.