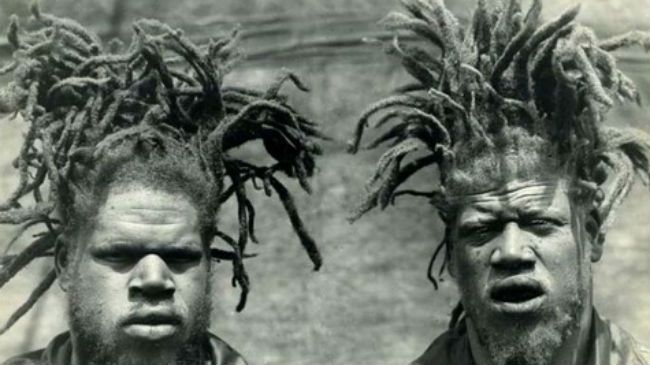 PHOTOS COURTESY OF THE HUMAN MARVELS

Roanoake, Virginia brothers Willie and George Muse knew nothing other than intense criticism and fascination from their fellow classmates, family members, and neighbors since day 1. They were often seen as a spectacle of some sort because of their unique look--both brothers had long free-form locks and were albino black men.

Willie and George were kidnapped in 1899 by sideshow agents who scouted people for their circus acts.

Willie and George were kidnapped in 1899 by sideshow agents who scouted people for their circus acts. Though they were young, the brothers immediately were sent to work by the agents and thus a circus freak act career had begun. 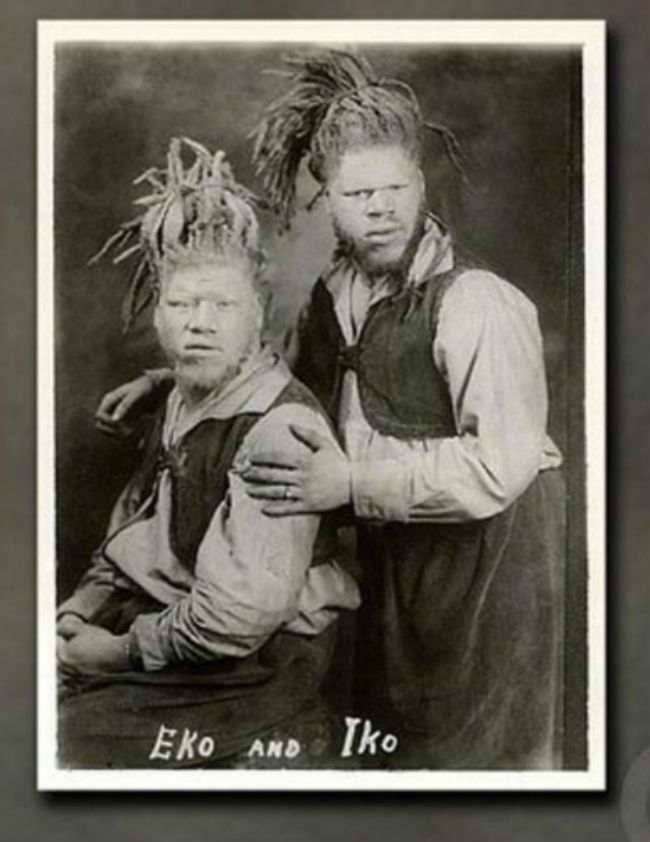 Kidnapped, sold off, and exploited for their appearance

Initially called "The White Ecuadorian Cannibals Eko and Iko", Willie and George attracted little attention by crowds and their agents experimented with an array of different titles for the pair, from "The Sheep-Headed Men" to the "Ambassadors From Mars" which later was changed to "Men from Mars". They toured with The Ringling Brothers and Barnum & Bailey Circus throughout the 1920s, even performing at Madison Square Garden and bringing in about 10,000 spectators--a record at the time. One day in 1927, the brothers were finally freed from their owners/agents when they were rediscovered by their mother. It was around that time that the brothers decided to take legal action in regards to the lack of compensation they had been receiving during their tour. Through a long string of courtroom visits, Willie & George finally settled for a small flat monthly wage.

From the 1930s to 1961 the albino brothers performed for the likes of the Queen of England and all across the globe in Australia, Europe, and Asia. Their new contracts allowed them to make more money than they had ever imagined while locked within the confinement of their previous captors. 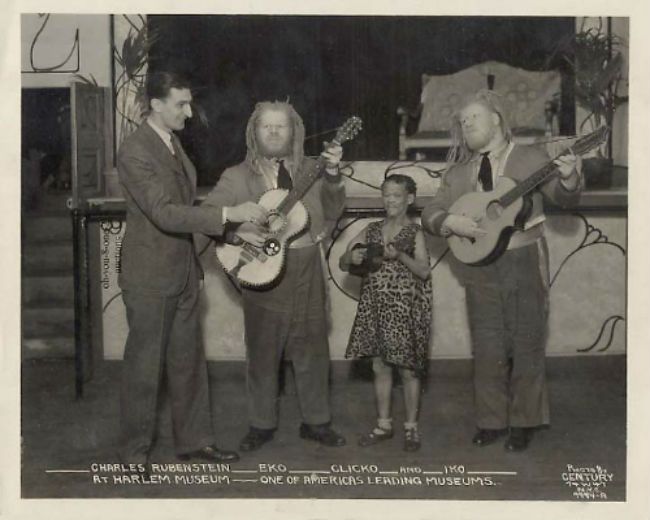 Returning to their roots

Ending their career performing with the Clyde Beatty Circus, Willie and George Muse decided to retire and settle back down in their hometown from which they were abducted as young boys. They came together to purchase a house for their mother, both never married, and enjoyed their retired days of leisure and success with money and newfound popularity. In 1971, George passed away due to unknown circumstances, and his brother Willie, who died in 2001, lived to be 108 years old.

The story of the Muse Brothers sparked a revolution in the entertainment industry for decades to follow. Two odd looking brothers with African features yet pale white skin and natural hair were taken from everything they'd known and used as objects of entertainment for people who simply could not relate to them. They were viewed by the world as outcasts, sideshow attractions, clowns, yet Willie & George Muse paved the way for albinism and natural hair in the 1900s. The brothers used their oddities and capitalized on their circumstances, allowing them the opportunity to refocus on the necessities in life--love, family, and acceptance of self.

Who would have thought that two underprivileged, enslaved Albino brothers with natural hair (locs) would have made it so far in an era when so little was understood about this culture?