How To Get Perfect Curls — Without The Heat Damage 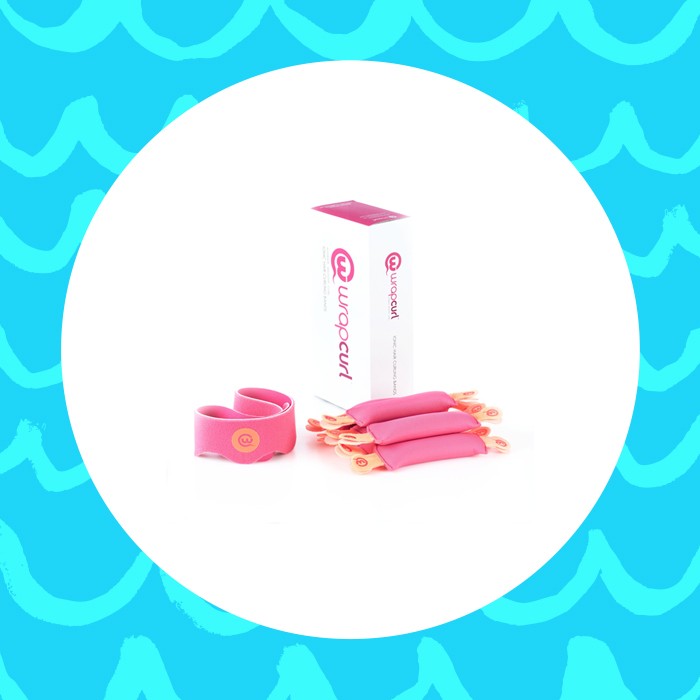 My Type 2c hair is naturally wavy, but that hasn’t stopped me from lusting over other curl patterns my whole life. I’ve wished for the smooth, effortless waves favored by Hollywood starlets or the tight, defined curls of Type 3s and 4s; anything but the frizzy head of hair I call my own. I never actually did much about it, though—my hair is too thick (and I’m too impatient) to raise a straightener or curling iron to it, and I’ve always been wary of heat damage (which could make my hair even more fried and frizz-prone in the long run). That is, until the WrapCurl showed up at my front door.

The WrapCurl is a styling tool set that promises waves or curls without the time investment or heat damage; in fact, it’s said to be three times gentler than conventional hot tools—and you won’t burn your fingers or forehead on it, either.

The set relies on two main components: “barrels” and a “Waveband.” The barrels are reminiscent of those Velcro wrist and ankle weights usually used for at-home workouts, except instead of sand, they’re filled with a lightweight mix of minerals, tourmaline crystal, and bio beads. To activate the barrels, you microwave them for about 30 seconds to a minute; after which point, they emit a low level of heat and ionic steam that not only curls hair, but also conditions and shines. The Waveband is basically an adjustable headband that supports the barrels.

To use, you pull the Waveband over your head, attach the heated barrels to the band with small Velcro tabs, then wrap strands of hair around the hot barrels and let sit for 25 - 45 minutes. When you unwrap, voilá! Silky, healthy, conditioned curls—at least, in theory. Obviously, I had to try it for myself to know for sure.

WrapCurl offers several different kits depending on your hair goals. The Curl Power Kit features eight small barrels and makes for tighter curls, while the All Star Kit comes with a three short barrels and two long barrels for a mix of natural-looking waves. Both are available with either 1” or 1.5” curlers. I chose the All Star 1.5” Kit, hoping for the kind of effortless, tousled waves popularized by the stars of the TV show Pretty Little Liars. (Admit it—you know exactly what I’m talking about.)

Using the WrapCurl is admittedly a little awkward; the process just takes some getting used to, I think. It wasn’t as intuitive as I hoped, but after wrapping and attaching the first two barrels, I started to get the hang of it.

I opted to separate my hair into two sections—a top layer and a bottom layer—and wrapped according to size with the larger barrels on the bottom. (While many of the WrapCurl promotional pictures and YouTube tutorials feature a single layer of barrels, I’d say that those with particularly thick hair will need at least two.) The instructions say to attach both ends of the heated barrel to the Wrapband and then wrap, but I found it easier to attach one side to the band, wrap my hair around the barrel, and then attach the other side.

Be warned: After wrapping and setting, the overall look is pretty ridiculous (at least, my husband had a good laugh at the contraption on my head). The whole thing felt so silly that I started to doubt it could possibly lead to glamorous curls—but when I unraveled the barrels 25 minutes later, I was pleasantly surprised by the bouncy waves in the mirror. The WrapCurl seriously works. Granted, the style wasn’t perfect—I wish I had brushed out my hair beforehand to give the barrels a smoother, more adaptable base to work with—but I have confidence that next time, I’ll achieve full mastery of the WrapCurl (and the Pretty Little Liars waves of my dreams).

So, how does it stack up against traditional styling tools? It’s not quite as easy to use, if only because the styling technique isn’t second nature. But considering the fact that it takes less than a half hour to create soft waves without frying hair into oblivion, it has a definite advantage over your trusty curling iron.

I can’t say that this tool will work on all hair types—based on my experience, I think it’s most likely to deliver results on straight, Type 2, or chemically relaxed hair. But even though Type 3s and 4s may find the barrels harder to wrap around, at under $70 (minus the incalculable cost of heat damage), it’s worth a shot.

Have you tried the WrapCurl yet, or are you planning to? Let us know in the comments!